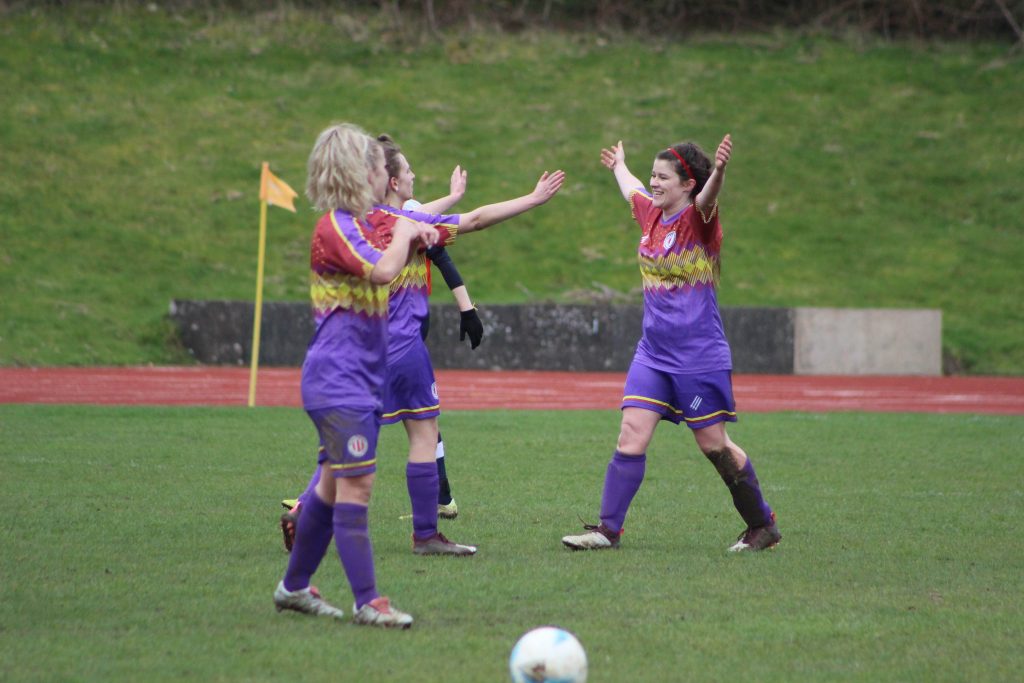 There were a lot of positives in what could turn out to be the last game of the 2019/2020 season. The game was played behind closed doors, and this is how it all unfolded:

It was 8:30 on a Sunday morning in Stratford, East London. Clapton CFC’s women’s first team congregated near the bus stop as they waited to be picked up by the minibus scheduled to drive them to Luton.

There was excitement in the air, but unfortunately no minibus. After a few phone calls the chariot arrived and the team was finally on their way.

As they flew down the North Circular, they couldn’t help reminiscing about the last time they played this Sunday’s opposition, Luton Town Reserves.

That last time was Clapton CFC’s first league outing, all the way back in September – when the weather was nice, the crowds were allowed to be there, and Polly Adams‘ shoulder was as it should be. Simpler times, some would argue.

That game had ended 4-0 to the Tons, so to say that they were expecting to do well again against bottom-of-the-league Hatters is an understatement. The team was also well aware that a win would take them out of the bottom two.

Once in Luton, dressed in the away kit, the management group named a strong starting XI, with plenty of talent on the bench as well.

As soon as the ref blew the starting whistle, the Tons came flying out of the starting blocks. It had been decided before the game that CCFC would be playing with a high press, and it worked.

The Tons had the majority of the possession, and managed to cut through the Luton defence with balls fed from the CCFC midfield, which had Naomi Scriven chasing balls all the way down to the corner flag and continuing onto the running track surrounding the pitch.

The deadlock was finally broken 35 minutes into the game, as Ciara Monahan stepped up to take a corner. She placed it perfectly in front of the Luton goal, but more importantly, right in front of Lucy Rolington‘s feet. A wonderful tap-in saw the Tons end the first half with a 1-0 lead.

Second half wobbles (but not really)

The second half started much like the first. The Tons kept most of the possession, and any Hatters attacks were thwarted by a solid CCFC defence line.

At the 64 minute mark, the CCFC high press paid off yet again, when Lucy Spours fed the ball to Emily Link who cooly, calmly and collectedly slotted the ball into the bottom corner.

A clean sheet was not meant to be, however. Luton was awarded a corner, and by charging the six-yard-box managed to get a player on the end of the ball and into the back of the net.

The Tons did not let their head drop though, and instead powered through their momentary lapse in concentration.

After Captain Ciara had to come off due to an injury she sustained in a battle with a corner flag, Lucy Spours stepped up and took charge of the midfield. She was everywhere, providing the rest of the team with a passing opportunity, stopping Luton attacks, and assisting the goalscorers.

78 minutes into the game, it was again time for her to find the perfect space to place the ball. This time, Lenny Holmes was on the receiving end, and after some great handling she was in a perfect position to increase Clapton’s lead. Which she did. It was 3-1.

In the dying minutes of the game, the Hatters’ goalkeeper injured herself and had to come off. One of their outfield players stepped up and gloved up. The Tons didn’t take long before they took advantage of the change in personnel.

Lenny Holmes fed Emily Link who raced down the right wing, and finally spotted a wide open Naomi Scriven in front of goal. Naomi had no one worried and finished off the score line.

Ending on a high

Luton Town Reserves are a stronger team than their placement in the league would suggest, with quality across the pitch, but the 14 player strong squad of CCFC handled any pressure expertly.

Susana Ferreira had less to do this game than in previous ones, but protected the goal with confidence and power.

Another welcomed addition to the defensive line was the return of Alice Nutman, who not only added passion and expertise on the pitch, but also on the sidelines where she guided the team through the day’s strategy.

The game’s star player Lucy Spours, Captain Ciara Monahan, Lenny Holmes, Capucine Riom and Rebecca von Blumenthal were all outstanding in the midfield. They provided support for the whole team throughout the game and were lethal going forward.

And finally, the Tons’ women’s first team’s “Le Gemelle del Gol” – Emily Link and Naomi Scriven – who showed once again why they are a force to be reckoned with.

If this was indeed the end of a season, it was a beautiful way to end it. 3 points, and no longer in the bottom two.

We were lucky to have photographer Nick Davidson present. Below is the Flickr gallery of photos from the game

It was a close call, but in the end, one player stood out amongst the rest