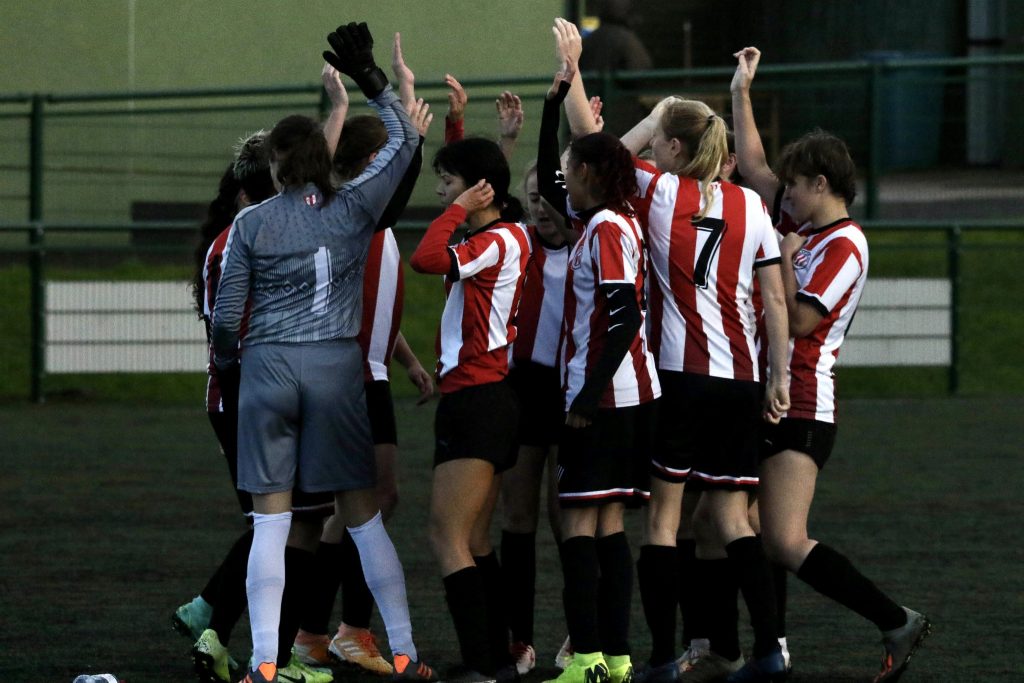 Turn left at the bottom of the M1, cross a narrow bridge that traverses the picturesque Brent reservoir, and you find yourself in an oasis of green cut off from the rest of London that plays home to both the West Hendon Allotment Society and Hendon Rifle Club. The Tons travelled west hoping that they too had their shooting boots on (sorry).

A quarter of a mile further on and you arrived at Hendon FC’s Silver Jubilee Park Stadium where the pleasant green environs gave way to the rubber crumbs of the 3G pitch, which meant the game was on regardless of the crazy weather.

Enough scene setting. The Tons were away from home and looking to take their unbeaten start to the season to nine in all competitions.

Looking to bring that run to an end were Edgware Town, themselves only four points behind the Tons, although in sixth place, such is the congestion in the table.

Blustery wind made the playing conditions tricky for both sides, with prolonged bursts of rain mixed in with clear skies and a low autumn sun.

Clapton were without Alice Nutman, Mim Chadwick and Lucy Spours all of whom had played important roles in last week’s cup heroics in Biggleswade.

Kiki Marino moved across to partner Annie Lyons in the centre of defence with Allana Scoble at right back.

In midfield, Li Steiner and Marta Boiro were occupying the deeper roles with Camila Marcolino offering support to the attack.

Clear-cut chances were at a premium in the opening stages as the afternoon weather went through its full repertoire of torrential rain, sunshine, and hail.

It was Emily Link (who else) who broke the deadlock after excellent perseverance from Marta Casanovas on the flank. Emily steered the ball past the Edgware keeper and the Tons were a goal to the good.

From then on, most of the action seemed to be contained to the centre of the park with attacks of any real note petering out on the edge of either penalty area.

Casanovas went one-on-one with the keeper who saved expertly, and Marino tried her luck from distance.

At the other end Polly Adams was called into action right on the half-time whistle denying the home side an equaliser.

The last moments of the first half also saw a Clapton substitution and the welcome return of Ana Holmes who replaced Maria Mendonca in a slight midfield reshuffle. Then at half-time, Scoble was also replaced by Verity Phillips.

Edgware Town were still very much in the game at the break. And – although Clapton started to dominate in the second half – there was always a risk of an equaliser whilst it remained 1-0.

However, there were more chances than in the first half. Boiro flashed a shot onto the post in the 57th minute and Link was denied twice by the impressive Edgware keeper.

For all the Tons dominance they needed that second goal. Claudio Gomes sent on Ciara Robinson to replace the industrious Casnaovas on the flank as the visitors looked to find a way through.

The second goal came from a predictable source – direct from a Boiro corner! She is making a habit of this now, although due to the low sun shining directly into her eyes, she pretty much refused to believe she had scored despite being mobbed by her teammates.

3-0 and game over. Although not if you were Edgware Town. Shortly after they were denied a stonewall penalty when a Clapton defender definitely looked to have handled in the box. They were up in arms.

The decision was harsh, but the home team let it get to them, and not long after they had a player sin-binned for dissent.

However, down to ten, the home side produced some of their best football and had Clapton on the back foot for the first time in the match.

It wasn’t until Edgware were back to their full complement of eleven that Clapton added to their goal tally. Mendonca (who was back on the pitch in place of Marcolino) burst down the left and supplied the ball to Link.

It looked like the chance had gone when Link’s close-range shot was saved by the keeper, but she was on hand to nod the rebound in. Another week, another Emily Link hat-trick.

It was a good weekend to be a Tons fan with both the Women’s and Men’s first teams recording convincing 4-0 away victories. The win cements the Tons position at the top of the GLFWL table and maintains that unbeaten start.

But make no mistake, this was a hard-fought win. Edgware Town provided stiff opposition. This is something the Tons will have to get used to, as every team in the league will be gunning to end that unbeaten record.

But these are the pressures that being a great side bring. The team need to keep working hard and developing whilst the travelling Tons faithful can keep dreaming…