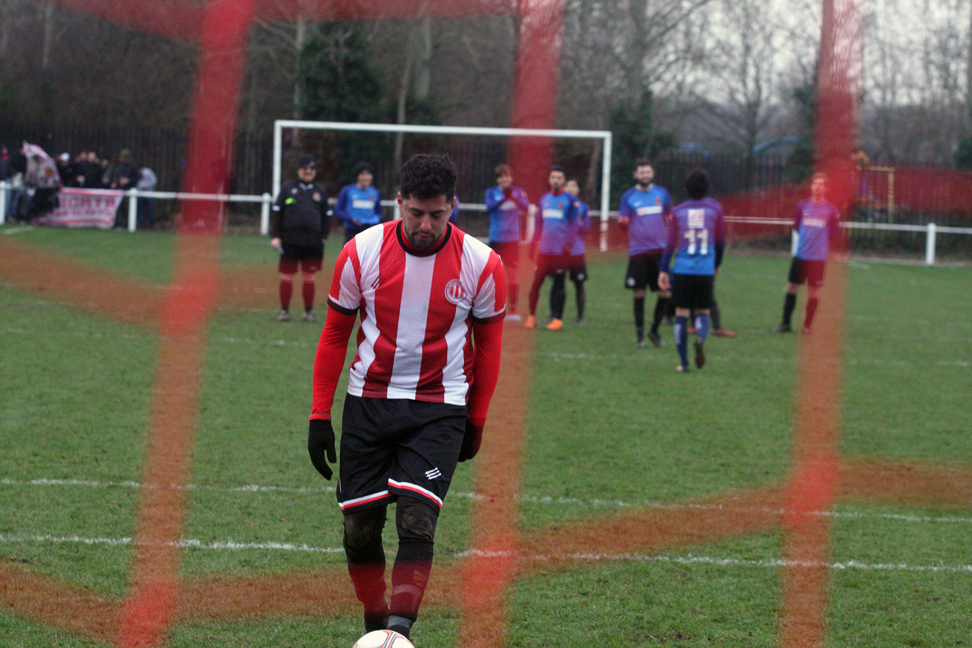 The coaching staff checked the Wadham Lodge Stadium pitch on Wednesday night and unfortunately it has a lot of surface water.

With the Met Office issuing a warning of heavy rain for Thursday, the game was at severe risk of postponement.

So we have switched this home game so our fixture backlog doesn’t worsen.

As those who saw the 3-2 defeat against Brentham will know, Mabley Green is an all-weather pitch with a big terrace running the length of the pitch.

Hackney is also where the Clapton story began, so it’s somewhat of a homecoming, over 130 years on.

London Samurai Rovers stand between Clapton and their third cup final in the two seasons of the fan-owned era.

The Tons kicked off their league cup campaign with a 3-0 win over Hillingdon in September 2019, their first away win of the season.

They then set up this tie with that dramatic win on penalties over Stonewall at the start of December.

This kept up CCFC’s 100% record in shootouts, so they should be confident if the game is drawn.

Indeed, the Tons defeated this very opposition on spot-kicks, just over a year ago at the Stray Dog, on their way to their Jim Rogers Cup triumph.

Dan Anfossy was the hero that day and is scheduled to continue as Ocran’s preferred cup keeper for this clash.

Competition rules require him to have already made four appearances this season to be eligible – to prevent teams from, say, dropping in superstar ringers for the final.

Anfossy was sitting on three, so Ocran hit on the unconventional workaround of subbing him on as a striker near the end of last week’s 3-1 win over Yeading Town. Hey, they all count!

Samurai have made it to this stage with a 3-1 win over PFC Victoria in round two and a 4-1 win over Larkspur Rovers in the quarters.

Victory in this tie would set up a final against either Hilltop or last season’s beaten finalists Pitshanger Dynamo, who are due to duke it out on the same day.

Samurai are hot on Clapton’s heels in the league too, in fifth place, just two points worse off with the same number of games played.

Although The Tons have the better of the head-to-head – most recently a 3-1 away win in the league – there is little between the teams.

Ocran said of the game:

When you get to later stages of any cup competition it’s all about the result.

We do play familiar opposition in London Samurai so this could go to wire.

We do have a good semi-final record and we are confident that will continue on on Saturday.

But who was Alec Smith? We asked his friend, the astrologer Russell Grant, who is also a non-league football expert.

A good man and a much missed man with a mischievous sense of humour masking a most competent and organised gent.

Kick off is at 2pm in case penalties are needed. There will be a result on the day, no replay.

Several bus routes stop right outside and there are 50 car park spaces too.