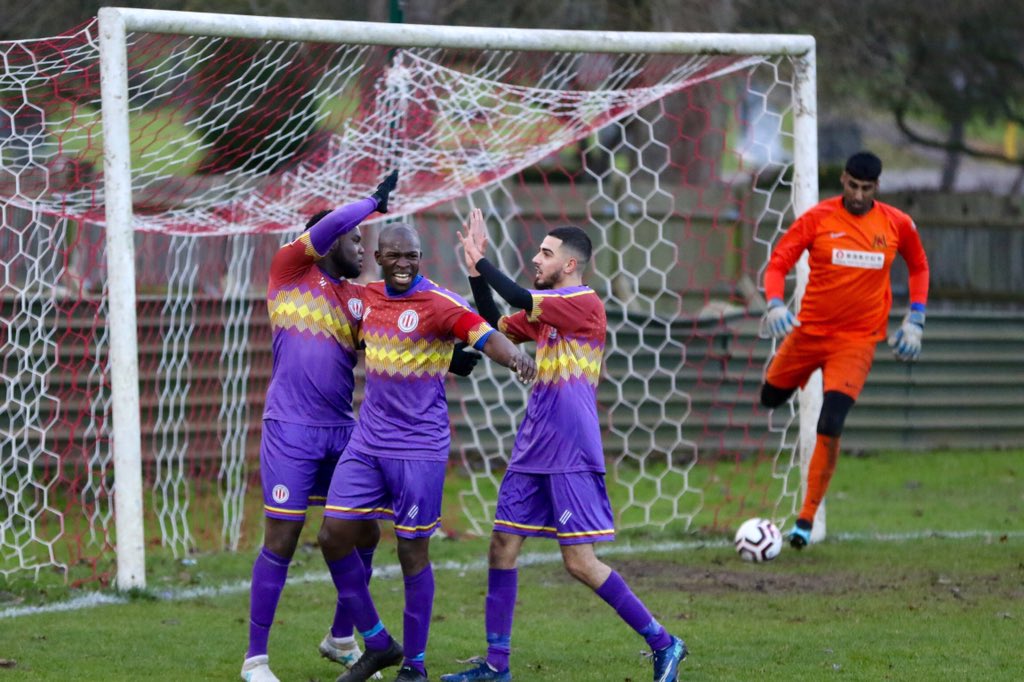 Again with caps lock: 5 LEAGUE WINS ON THE BOUNCE.

Without having to be at their very best, Clapton did a job on previously unbeaten Samurai on Saturday.

The early goal was everything. It set the mood.

In the fourth minute, a ball from the right made it through to Bilal Hussain, who hit it incredibly hard from close range. It bulged the side netting to give the visitors the lead.

It was almost two when Lewis Owiredu picked up a ball over the top. He took a couple too many touches, which allowed the goalie to close down the shot.

Then Clapton threatened their own goal. Samurai’s right winger fired a cross-shot into the area. Jordan Odofin instinctively stuck out a toe and sent the ball flying towards Jack Francis’ net. But the keeper showed lightning reactions, diving acrobatically to palm it over the bar.

The next chance fell to Paul Oshin. Through on goal, he shot straight at the keeper. It pinballed back off the midfielder and out for a goal kick.

Against the backdrop of the graveyard behind Northwood FC’s stadium, Samurai were strangely moribund.

On 17 minutes, Dean Bouho was booked for an excessively Deanlike tackle.

Heading in the right direction

Around the half hour mark, the visitors bagged a second. A sensational cross from the left from Owiredu was nodded in by Sherwin Stanley.

But Geoff Ocran’s side were unable to take the two goal cushion in with them at the break. Samurai’s 11 pounced on a loose pass in the middle of the park. He unleashed a long range shot that flew into the corner. The Clapton fans could only applaud.

This seemed to have set up a nervy, backs-to-the-wall second half.

But it just did not work out that way. Clapton continued to contain the hosts and then notched a third to make things comfortable.

Owiredu was pulled back after bursting past his man on the left. Clapton complained that the ref hadn’t allowed advantage to be played. But they scored from the free kick anyway, Stanley rising to meet the angled delivery and looping a header over the Samurai goalie.

The only other real bit of drama in the second period happened when Oshin was tripped as he looked to drive at the Samurai back line and immediately turned and squared up to the perpetrator. In a blink of an eye, there was a twenty man stramash of pushing, shoving and aggressive finger-pointing in the middle of the pitch. But it only resulted in bookings for the two original protagonists.

There was just one more chance for the Tons to put extra gloss on the scoreline. Sub Fama Sangare played a neat one-two with Stanley and burst into the box. The keeper was able to parry the near-post shot behind for a corner.

That high-scoring Samurai’s threat was limited to speculative long range efforts tells the story of another solid defensive performance from the Tons.

The three points take the red and white up to fourth in the MCFL Premier, with fewer games played than those above.

The teams at the top will be taking notice now.