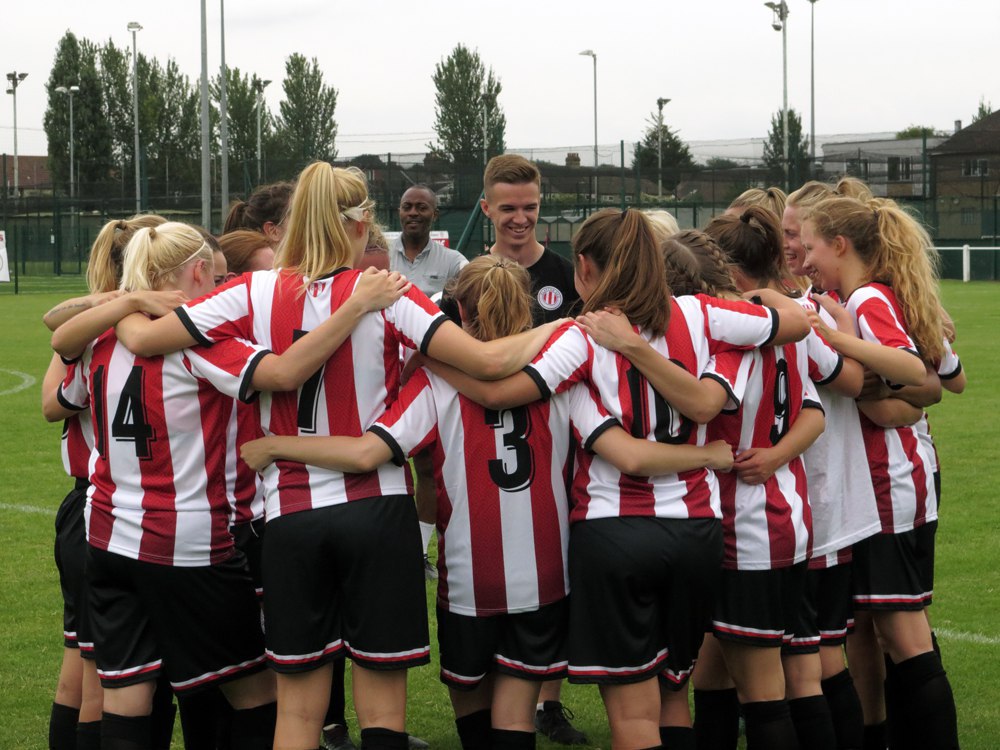 The team’s and the club’s sincere thanks go to Patrick for his hard work and dedication in leading our team in their first season in a higher league.

Patrick was appointed our first ever women’s team head coach from a host of quality applications last summer.

Highlights during his tenure included victory in our first Women’s FA Cup tie against Margate in front of 310 fans and three home wins in the Stray Dog sunshine in September.

The decision has been taken by the women’s team committee to make a change due to differences of opinion with the players about the best next steps for the team.

No decisions have been made about a replacement. We wish Patrick nothing but future success.

We have some crucial games coming up, including Dulwich Hamlet Reserves away on Sunday and then a HUGE home tie at the Stray Dog against our nearest rivals Regents Park Rangers on March 15th.

Come along and help cheer the team on as they look for some crucial wins to stay in the Greater London Women’s Football League Division One.