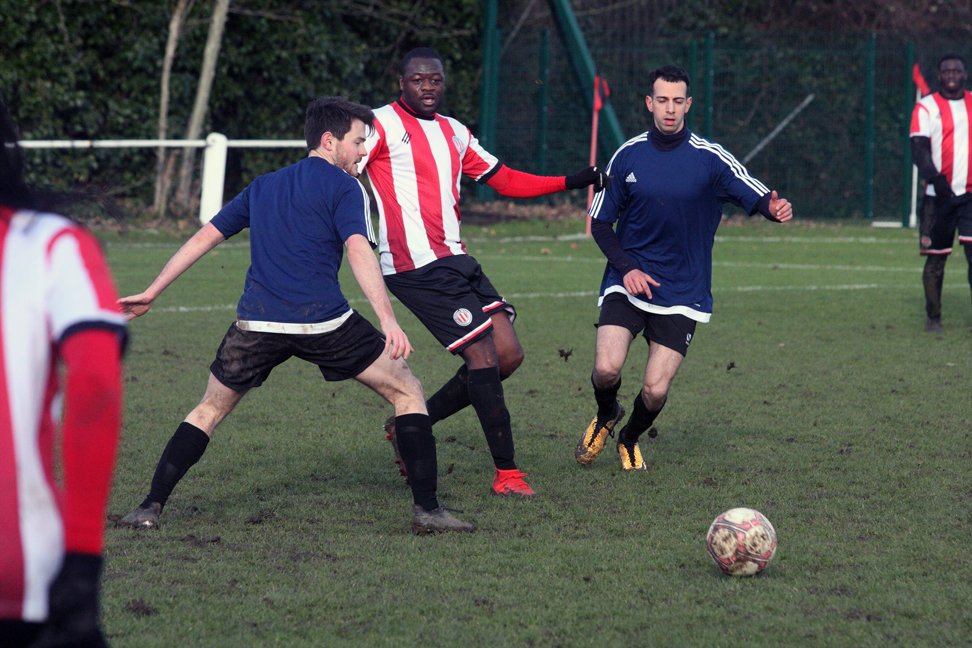 Clapton Community take on Wilberforce Wanderers three times in little over a month. Sandwiched between two league games, this one is bound to be high drama, with a place in the final of the Jim Rogers President’s Division One Cup at stake.

The clash will be taking place on the side pitch next to the main New River Stadium, where Clapton were beaten by NW London (and a strong wind) in mid-February.

Wilberforce be with you

Wilberforce Wanderers were founded in 2002 and play in Real Betis-style green and white stripes. Their squad is built around alumni of Emmanuel College, Cambridge – and they are named after its Wilberforce Road Sports Ground.

Wanderers have played twice in the league since that match. They drew 2-2 away to FC Roast, with David Gibbons and Tiago Pereira on the scoresheet. Last weekend they suffered a 4-0 reverse at the hands of NW London.

They currently sit alongside CCFC in the table on 20 points, albeit having played three more games.

Clapton will be on a high following last week’s game-of-two-halves victory over Chipperfield Corinthians in the last four of the Anagram Records Trophy. Player-manager Geoff Ocran reflected on a job well done:

It’s the first semi-final of two and the spirit and confidence in the squad is high after another great win.

A mixture of last-ditch defending, poor finishing and superb goalkeeping enabled us to go into half-time level. But as we have done for the majority of the season, we regrouped at half-time and came with a plan tactically to win the game. Well-deserved in the end – and a clean sheet! Speaking of which, I don’t think we have conceded via open play in this competition.

On this weekend’s opposition, Ocran is under no illusions about the challenge they will pose this time:

We face Wilberforce this Saturday and I don’t envisage a similar scoreline as our first meeting. With a final on the line and on a 4G pitch that they are accustomed to, I expect a more tightly contested affair with Clapton hopefully celebrating at the end of the game!

The other semi will be between New Hanford and the winner of Saturday’s quarter between Stonewall and Hilltop. Hilltop and New Hanford are third and fourth respectively in the western division of the Middlesex County Football League, the same level as Clapton.

The Tons would be more familiar with Stonewall, having smashed them and been smashed by them in the league.

The final is scheduled for the 13th of April.

Unless Clapton fluff their lines against Wilberforce, this date will be going in a lot of diaries. 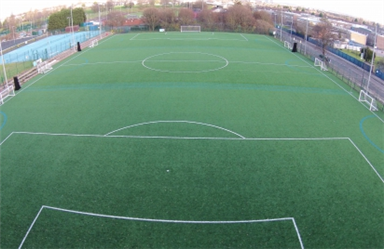 Wilberforce Wanderers play at the New River Sports Centre on White Hart Lane. There is a small terrace (but no cover!)

Kick-off is 2pm and entry is free.

The Wilberforce Wanderers AFC vs Clapton CFC is on Saturday, March 2nd at 2pm, at New River Sports Centre, Haringey, N22 5QW. You can join the Facebook event here.