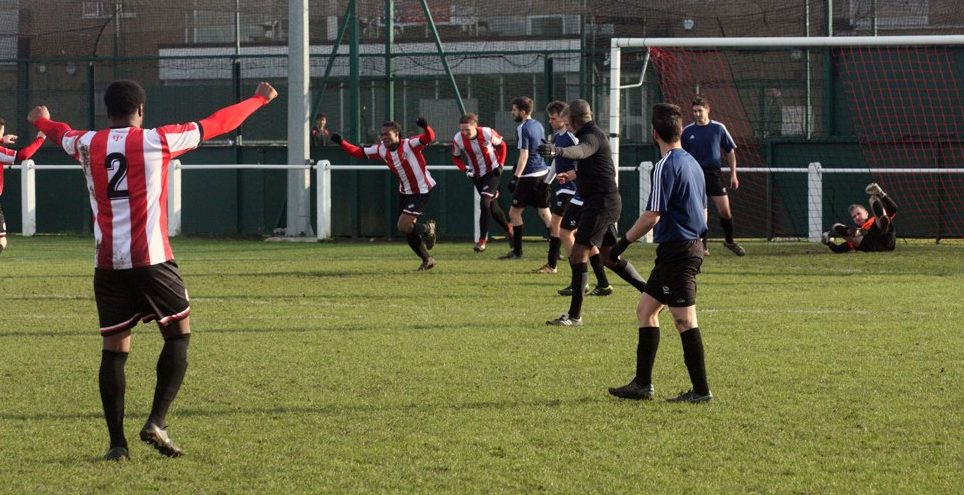 Clapton consolidated their recent upturn in form with a statement win against Wilberforce Wanderers at the weekend.

There was concern through the week that the cold weather would endanger this fixture. But the Stray Dog surface was perfectly playable – if a touch heavy.

However, the game was almost called off for a more ridiculous reason: for the second time this season, the opposition forgot their kit.

Wanderers dashed to Sports Direct to pick up some generic football wear -and the match got under way fifteen minutes late.

Tons were getting flashbacks to last time, when they could have claimed a victory for the delay but chose to play and got taken apart by Ealing Town.

This game played out very differently.

But the first big chance fell to the Tons. A Stefan Nielsen free kick dropped perfectly in front of an unmarked Eliot Crosbie right in front of the Wilberforce keeper. But the Tons targetman, playing in a deeper midfield role, couldn’t get his feet in order and ball bounced harmlessly wide.

The opening goal settled the nerves.

A Sherwin Stanley throw-in bounced back to him. He popped it back in. Crosbie headed it on. Wing whippet Josh Adejokun smashed home from close range.

The same man doubled Clapton’s advantage just before the 20 minute mark. A clipped Nielsen ball from the left glanced off a Wilberforce head. Adejokun adjusted himself to the new trajectory and nodded down into the corner.

Due to some kind of bizarre optical illusion, no-one in the stand seemed to notice it had gone in. Adejokun gestured to the fans to celebrate. The fans realised it was a goal and celebrated.

Left winger Jake Stevens has impressed since establishing himself in the side of late.

Coming up to the half hour mark, he sold his marker a dummy on the edge of the box, but curled the shot just over.

Clapton’s third goal came from a viciously whipped Nielsen corner. Stanley got his head to it. A Wilberforce defender desperately dug it out, but the ref ruled that it had crossed the line. 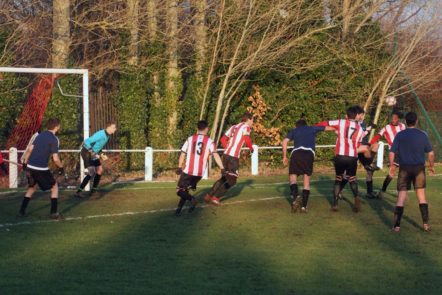 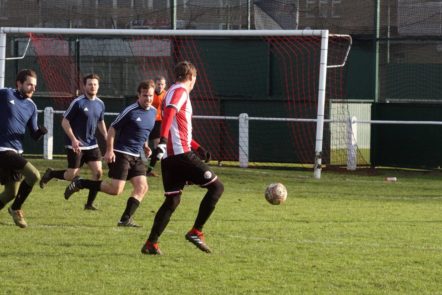 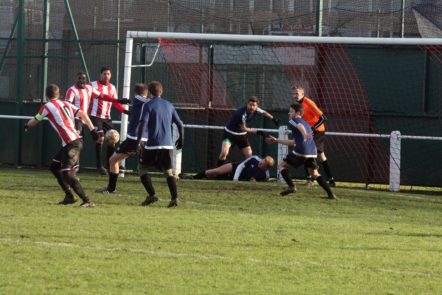 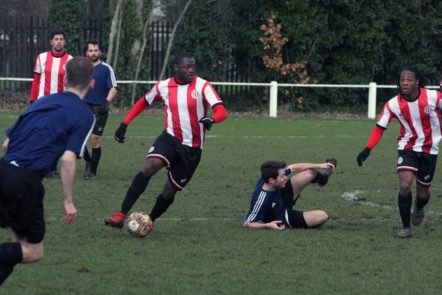 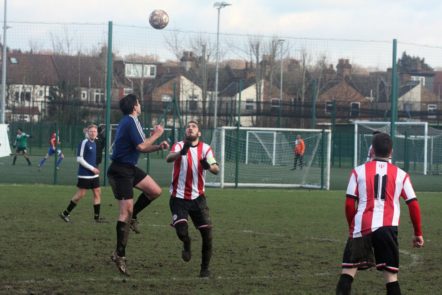 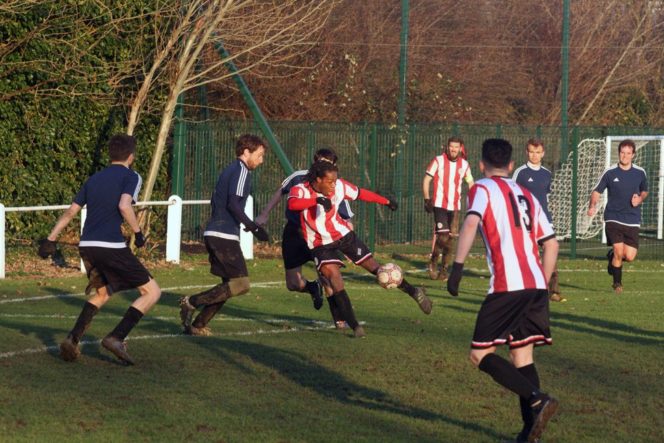 In the dying embers of the half, Stanley had a chance to get another.

Played through in a wide position, but tightly marshalled by two Wanderers, the Clapton hotshot managed to steal a yard and poke a low shot towards goal. The rooted away keeper was relieved to see it slip wide of his far post.

Then left back Liam Smyth dipped one in, speculatively, from the corner of the box but didn’t quite dip it enough.

Twice at the start of the second half, CCFC tried to thread Adejokun through. Twice the opposition goalie charged out to nick it away in the nick of time.

But Clapton didn’t take long to extend their lead. Another Nielsen corner into the very heart of the danger zone was headed in by Crosbie.

A couple of minutes later it was 5-0.

Stanley played it out to irrepressible handful Stevens. The winger marauded down the left, made a Wilberforce defender fall on his face using trickery, then cut back to the onrushing Stanley. The striker banged it off the goalie and into the corner of the net.

It was Stanley’s second of the game – and fourteenth of the season.

Into the final quarter of the match, Wanderers had a chance to pull one back from the spot when one of their forwards was bashed to the ground in the box by Dean Bouho.

But the weak trundler from the Wilberforce number ? (the shirts they picked up at Sports Direct didn’t have numbers) was easily blocked by Dan Anfossy.

Here’s that penalty save from @MrAnfossy

Once the ref had cleared the kids from behind the goal. pic.twitter.com/ulzdJs6Rs2

It was the keeper’s third penalty stop in three consecutive games.

At the other end, Crosbie quickly made Wilberforce pay. Galloping down the right touchline, he clipped a long range cross-shot towards the back stick. It floated gloriously in to make it 6-0.

Crosbie has history with cross-shots that float gloriously in, so he gets extra benefit of the doubt.

Into the final ten, the visitors snatched a consolation. A Wilberforce player looped a half volley over Anfossy to deny the home keeper his clean sheet.

The Tons will be hoping to take this momentum into a tough clash with NW London in Haringey next Saturday.

Eliot Crosbie scores quality goals and makes thumping tackles. That’s what he does.

Yesterday's man of the match…

For Wilberforce’s kit-forgetter, the bitter taste of defeat was not the only bitter taste…

Epic 6-1 @ClaptonCFC Victory over (the scoreline didn't really reflect the game exactly) Wilberforce Wanderers 😀 Exciting muddy cold game with just about everything in it…this is the guy who forgot the WW kits and is paying #penance by drinking a #pint out of a dirty #boot. pic.twitter.com/3tGgbS64kn