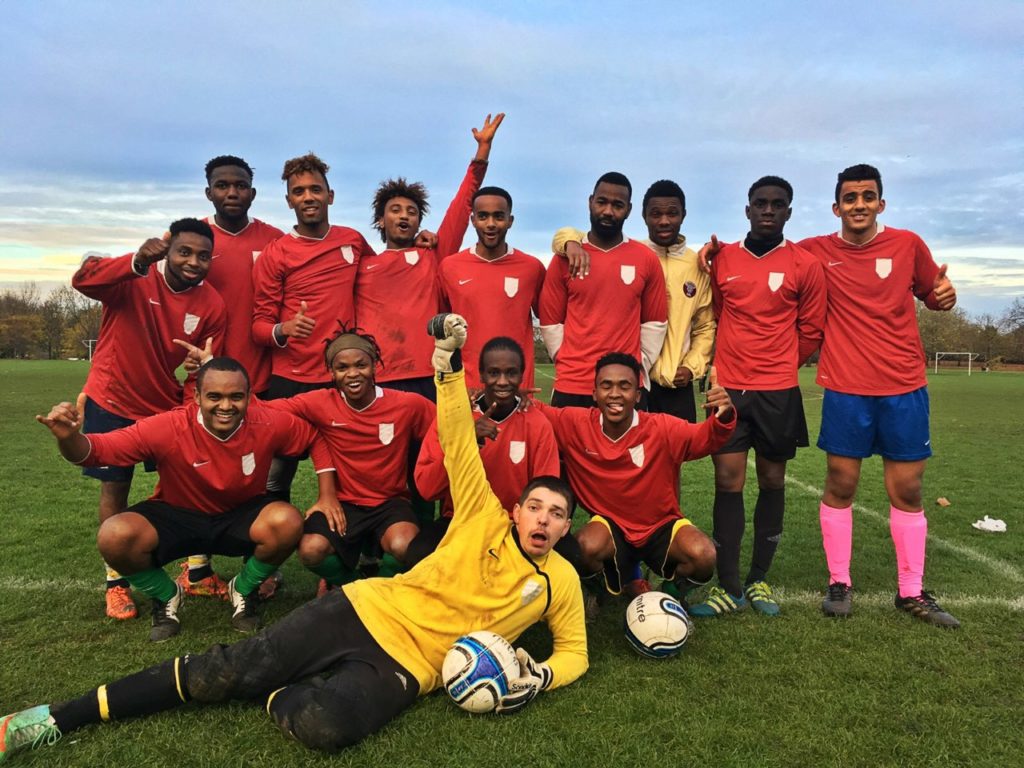 At the game against Chipperfield Corinthians we welcomed the brilliant football charity Crossworld FC who are facing a major funding shortfall.

Crossworld FC, which was set up in 2006, uses football as a means of empowering young people from refugee and asylum seeker backgrounds.

However, the £2,000 shortfall now leaves them in danger of not being able to finish the season. They need the cash to fund pitch hire for weekly training and matchdays at Tooting Bec Common as well as equipment and league fees.

Crossworld FC held a bucket shake at half-time, which raised £220. Clapton CFC members have since decided to round this up to £300, with an £80 donation from matchday donations.

And matchday caterers Fusion Foods, who run the stall at the entrance to the Stray Dog, have now donated £50 from their takings to Crossworld FC.

“Looking forward to partnering with CCFC again in the future.”

They are still short of their £2,000 target. So if you can contribute, via their online fundraising page, they would be extremely grateful.

Crossworld FC began as a drop-in football project at the Refugee Council and evolved into a registered charity that provides open football sessions as well as training and fixtures as part of an 11-a-side team playing in a competitive London league.

They work with many young refugees and asylum seekers, many of whom came to the UK without their families.

This was originally people with whom the Refugee Council had a relationship, but over time has expanded to include referrals from other organisations around London – as well as from players and others.

Crossworld players learn the importance of teamwork, respect for others, communication skills, self-confidence and leadership – and the club helps them socialise and make friends. Many improve their English as well.

This year for the first time, the volunteers have stepped back and former players have taken over responsibility for coaching and running the team.

They are always looking for new players and anyone is welcome to come along to their training sessions, regardless of ability.