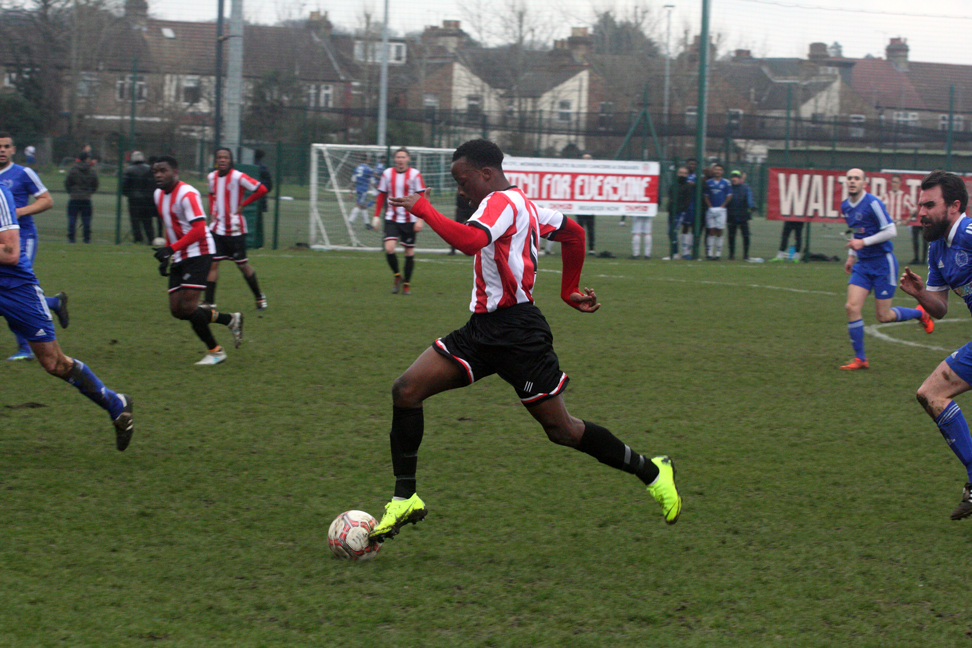 It was a day of big numbers.

A record Stray Dog crowd of 618. Over 100 signed up for the DKMS stem cell register. £400 raised for LGBTIQ+ homelessness charity Outside Project.

It was a massive triumph before a ball had been kicked.

But there were more big numbers on the park, as the Tons put five past runaway league leaders Stonewall FC.

Geoff Ocran was able to put out an almost full-strength side, in contrast to the depleted one that went down to NW London the previous weekend.

Stonewall were without star striker James Baker, who had put two goals past the Tons during their 4-0 victory in January.

But while the Tons had been out of luck in the away match, all the pieces fell together on this momentous Stray Dog occasion.

From the word go, CCFC pressed their high-flying opponents. Wingers Josh Adejokun and (Lightning) Lewis Owiredu had early chances. These were signs of things to come for the Stonewall defence, who simply couldn’t keep up.

Clapton’s opener came from a defensive muddle. A long Stefan Kilron throw-in from the right was headed straight up in the air. It dropped to Adejokun on the edge of the six-yard box, who stabbed it home.

Shortly afterwards it was two. And again Stonewall were the architects of their own misfortune.

A sliced clearance from keeper Dennis Aware barely made it out of the box. Owiredu bullied one defender off the ball, powered past a second and whipped in a delicious ball. The lurking Sherwin Stanley had time to casually trap and dispatch.

Clapton’s third was almost walked in. Stefan Nielsen passed it out to Adejokun in the wing, who passed it across the box. Owiredu simply passed it past the keeper.

The fourth goal was all about Nielsen. On 28 minutes, the midfielder jinked into a pocket of space saw his shot blocked by a Stonewall hand. Nielsen firecrackered the spotkick into the roof of the net. 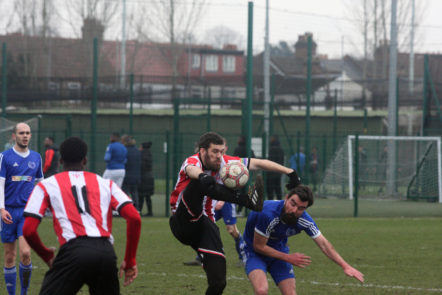 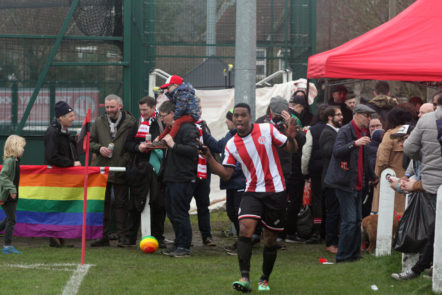 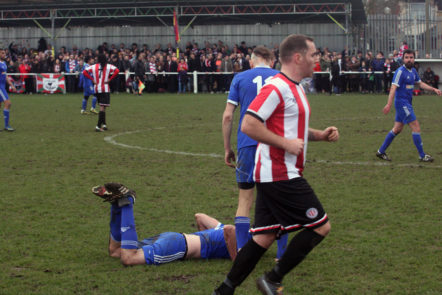 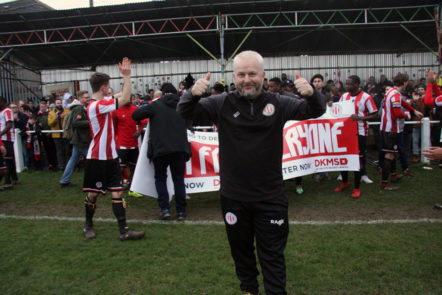 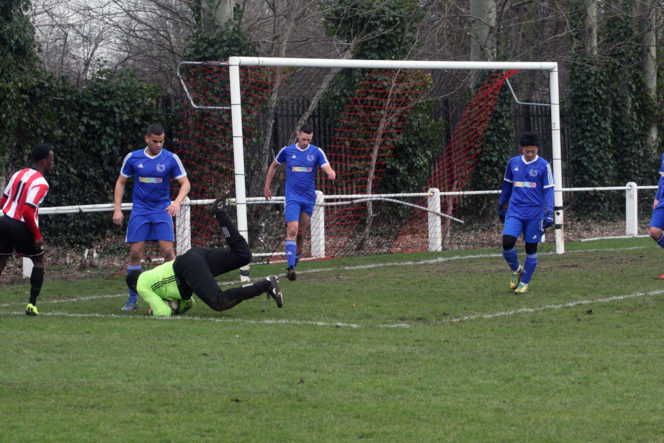 This was the only vaguely hairy moment for the home side in the first 45.

Just before the break, Stanley and Adejokun offered further tests for Stonewall keeper Aware, but he kept them at bay.

4-0 at halftime in no way flattered the Tons. But knowing about the quality of the opposition, they were under no illusions that they could let their guard down.

Stonewall only took 30 seconds from the restart to get on the scoresheet. And it was an absolute belter. No nonsense midfielder Denisas Zadeikis wellied a bobbling ball into the bottom corner from 25 yards.

But that did not spark the comeback the Barnes-based side needed. Clapton, unshaken, continued to press forward for more goals.

Owiredu in particular was playing like a man possessed.

In one attack that really characterised his lung-bursting performance, the winger dribbled the ball halfway up the pitch himself. Approaching the Stonewall backline, he applied the turbo boosters and whizzed through on goal. Aware managed to stand up well to keep out the shot.

Over on the other flank, right back Kilron was rampaging forward to supply more ammunition to Adejokun.

On 69 minutes, another nice goal.

Substitute Cemal Agdelen sandwedged it over the top for Adejokun, who unselfishly squared for Owiredu. The left winger slotted home his second and Clapton’s fifth.

Then Stanley, a keen cricketer in the football off-season, nearly hit Stonewall for six.

From tight on the touchline he sublimely Marco Van Bastened another chipped Agdelan through-ball. It rattled straight into the stanchion – but was adjudged to have been marginally offside.

The Clapton fans picked their jaws off the floor and berated the assistant referee for not showing a shred of human decency.

Still the Clapton chances kept coming. Most notably Ocran, who had been the lynchpin of so much of his side’s play, made a rare foray into the box. He couldn’t get the goal that would have sent the crowd even wilder.

Clapton were only the second team to beat Stonewall in the league after London Samurai. And it was a display that should see many of the bumper crowd back for more.

But this was about so much more than just the 90 minutes.

This game cemented a friendship based on a shared vision of what a better football culture can and will look like.

A well deserved victory today for @ClaptonCFC against our first XI. Final result 5-1. Huge thanks to The Tons for their hospitality and a great day, and their efforts in marking today’s game as a football vs homophobia game.#sfc #lgbtq #lgbtsport

Sherwin Stanley told us about the impact the fans have on the players.

It’s a shame Twitter only allow four options in their polls. Any Ton could have staked a valid claim for selection. In the end, the Twitter public plumped for the consistently outstanding striker Sherwin Stanley.

Yesterday’s man of the match poll…