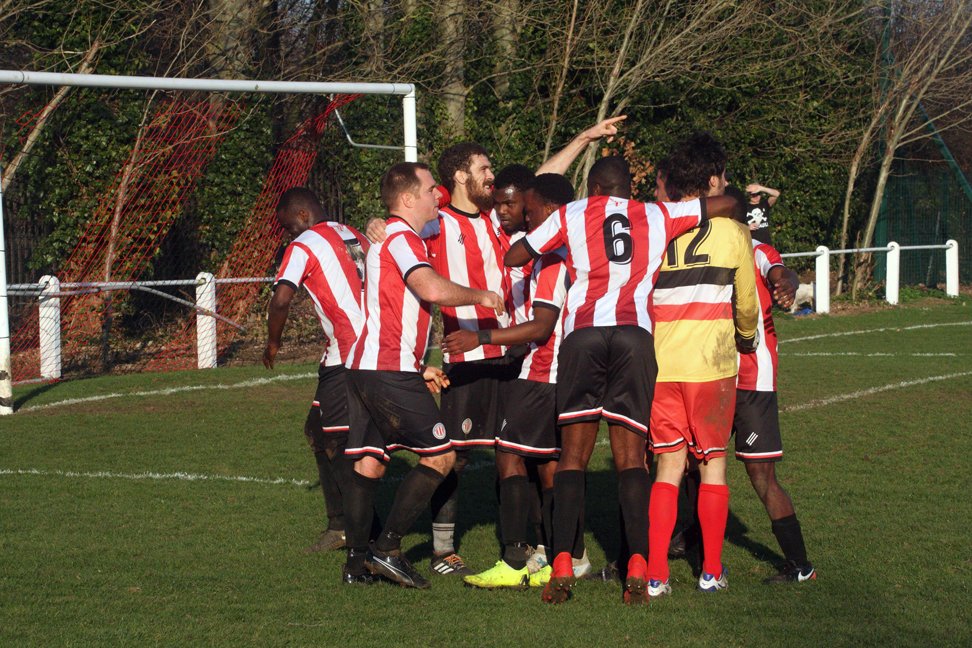 A resolute defensive display against a well-drilled, higher-league opposition paid off for Clapton as they defeated Chipperfield Corinthians 3-0 in the quarter finals of the Anagram Records Trophy.

However, it was by no means straightforward with the Corinthians, who play a division higher than CCFC, completely dominating a goalless first half only for the game to spin 360 degrees at half-time

Latest signing Alby Miller made his first start at right-back while goalkeeper Vlad Bendovskyy returned for the first time in 2019 after struggling with injury.

The visitors had done their homework in the run-up, with joint manager Paul Masters later revealing his players had been researching the Tons on YouTube. And from the starting whistle, they put Bendovskyy to work.

The opening two minutes saw chances for Chipperfield’s Matt Chapman and Chris Cutler deflected. These attempts were quickly followed up by a header from Paul Branson which the Tons keeper was able to tip over the bar.

It looked like it was going to be a tough afternoon for the Tons, as they struggled to move the ball out of their own half.

Their first push into the Chipperfield end of the park came courtesy of a Stefan Nielsen free kick. He was able to feed the ball in to Yacine Rabia in a dangerous position but his shot was blocked by Corinthians keeper Stuart Beddall.

Chipperfield continued to make chances, attempting to muscle their way through the Clapton defence with a physical style of play.

On 11 minutes, Chipperfield forward Nick Jackson was able to make a turn in the box and find room to fire a shot off. His effort went wide left of goal but the pressure continued.

Soon after, Chapman attempted to connect with a long throw into the box, but his effort saw him finding nothing but air.

A nervy but noisy home support had their hearts in their mouths when Corinthians’ Jackson hit the post having found himself in plenty of space in the area.

The chances and corners continued to come for the visitors and it only seemed a matter of time before they would take the lead.

However, on 26 minutes Sherwin Stanley was able to push forward, but his speculative effort went well wide of the post.

This effort was followed up by a little flurry of Tons’ pressure. Beddall was rarely tested but at least the ball was being kept in the right end of the pitch.

Down at the Tons end of the park, the defence was working hard to shut down Chipperfield’s efforts.

A long ball into Chapman looked like it had the potential to cause trouble, but Dean Bouho made a nippy run back into the area to run the Corinthians striker down and cut him out.

As the half-time whistle blew, the Tons headed back to the changing room relieved to still be in the contest after a tough test.

While the initiative had been with Chipperfield for the first 45, the defence had shown it was capable of keeping them in check. 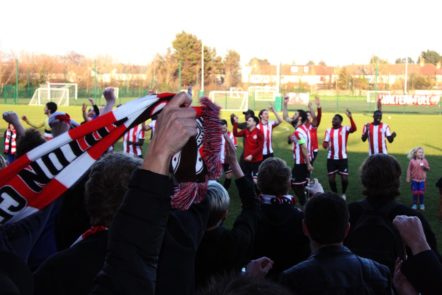 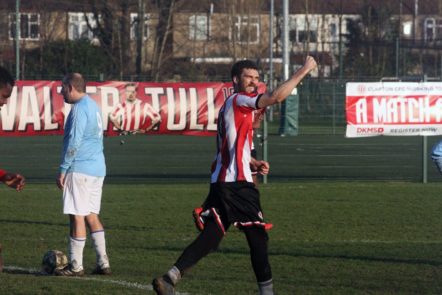 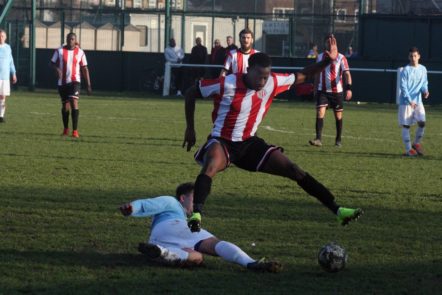 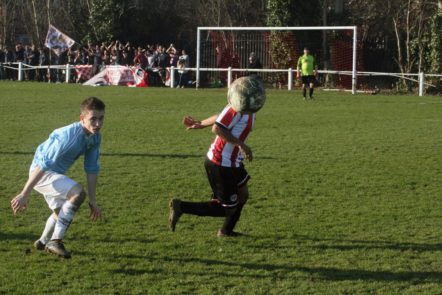 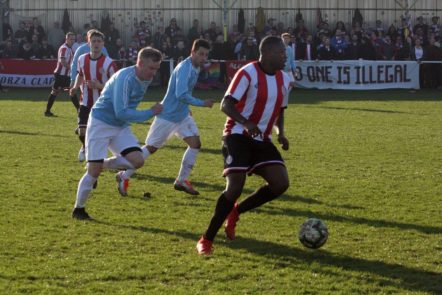 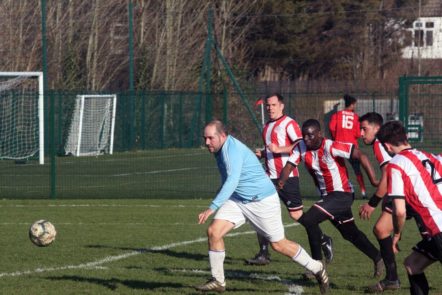 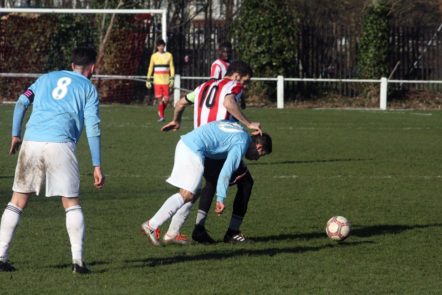 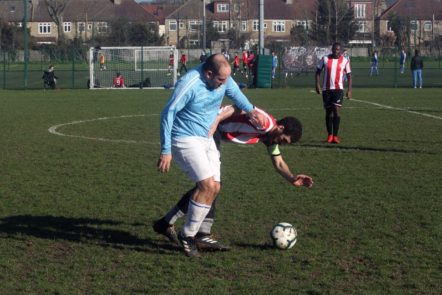 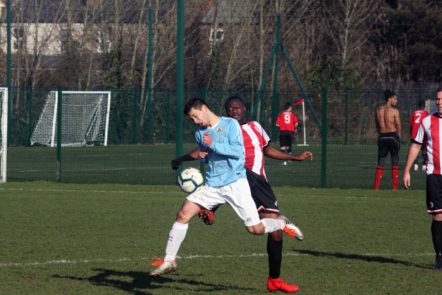 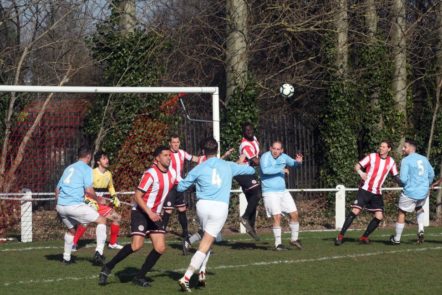 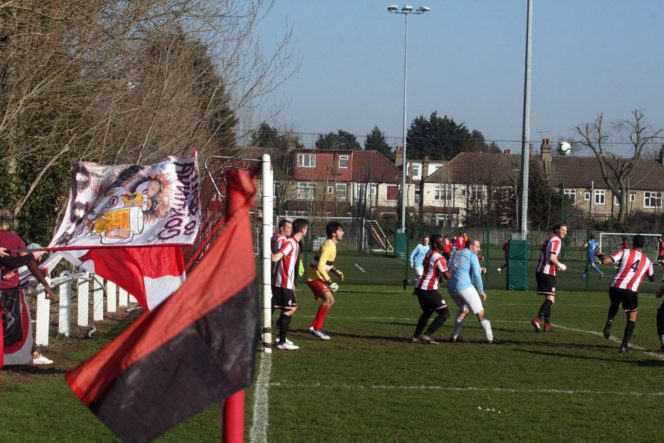 From the restart, however, the home team began to build in confidence, putting a number of strong chances together.

A Nielsen corner was palmed away by the keeper straight to Eliot Crosbie. His back to the goal, he attempted an acrobatic shot over his head, but was unable to get his foot far enough over the ball and his shot went over the bar.

On 53 minutes the Tons finally managed to break the deadlock. Stanley made a cross to Lewis Owiredu who was unmarked, deep inside the box. His shot made it past Beddall to give the Tons the lead.

Over the noise of a jubilant home crowd, Corinthians’ Masters could be heard shouting to his team that they should be “6-0 up by now”,.

Shortly after the restart Chipperfield made a push forward looking to get a quick equaliser. In the attack, Clapton defender Miller went down after a challenge near the corner flag. He would spend the rest of the afternoon on the bench with an ice pack around his ankle.

From the ensuing corner, Chipperfield’s Mio Presh was able to get a shot away through the scramble in the box. However, once again Bendovskyy was equal to it.

Clapton had the chance to get an insurance goal several minutes later as a low pass just outside the box from Crosbie found an unmarked Stanley. Beddall was well off his line but made the angle of the shot too difficult for Stanley to convert.

This was followed by an opportunity from another well delivered corner. Stanley made a run across the box to get his head onto a low delivery, only to be denied by the woodwork.

With the clock running down, Chipperfield’s incursions into the Clapton half were becoming less frequent.

The match was almost certainly put beyond their reach as Stanley finally managed to find the back of the net. A strong header across the box from Crosbie fell right to Stanley’s feet and he struck it home for a 2-0 cushion.

By this time the crowd of over 400 were in full celebration mode and urging their side on to end the contest.

They didn’t have to wait long as Stanley bagged his second of the afternoon. He found himself on the end of a pinpoint free kick delivery by Nielsen and was able to head it in off the bar and guarantee the win.

The whistle blew shortly after the restart and the Tons celebrated booking a spot in the semi-finals against Ware Sports with supporters in the early spring sunshine.

First up though, another semi-final on Saturday, this time at Wilberforce Wanderers in the Jim Rogers Presidents Cup.

We are speaking to Chipperfield joint manager Paul Masters after we beat them 3-0 in the cup!

Sherwin Stanley got the nod for his two goals, though goalkeeper Vlad Bendovskyy ran him close.