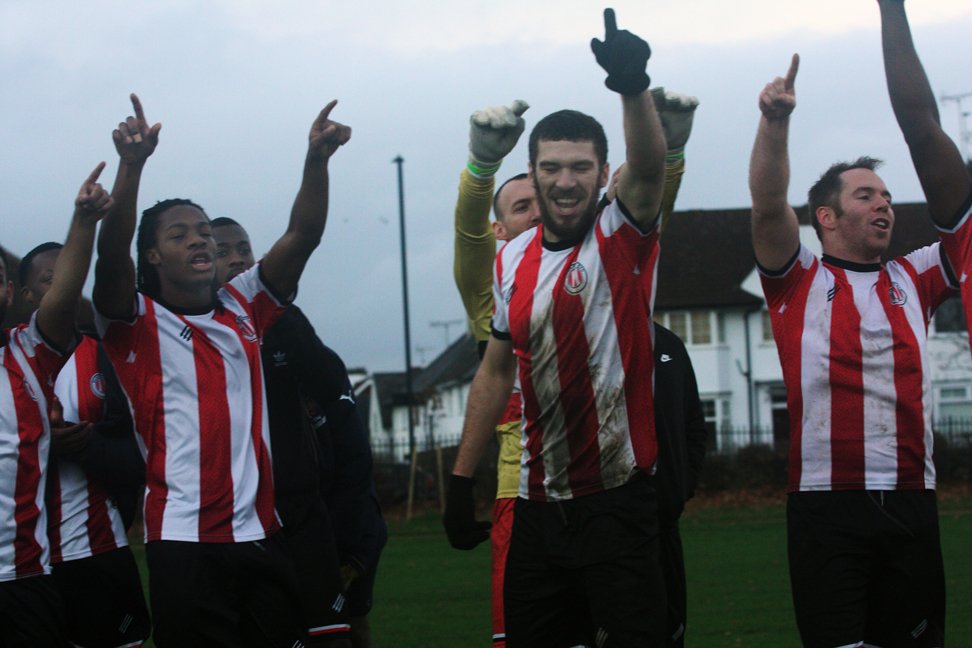 A dramatic last-gasp winner earned a vital three points away to The Curve, in a game defined by refereeing inconsistency, flaring tempers and swirling winds.

Having taken only one point from the previous two league fixtures against Samurai and Eastfield, it was a happy return to winning ways for Clapton CFC.

Among six changes from the Eastfield draw, the Tons were able to welcome back influential forward Eliot Crosbie.

TEAM NEWS: Here is today’s line-up as we take on The Curve in Acton. Kick off 2pm. pic.twitter.com/G2G2HqAHRv

As Clapton lined up a corner, an altercation in the box led to a big round of pushing and shoving that set the tone for the whole match.

Once Jake Stevens was finally able to deliver the corner, midfielder Paul Oshin nodded the ball in at the near post to get Clapton ahead of The Curve.

GOAL Oshin with a header from a corner to give Clapton CFC the early lead. 1-0 pic.twitter.com/xKR2WxuidJ

A couple of chances fell to Stevens then Jordan Odofin, but Clapton failed to properly test the shaky-starting opposition goalie.

There were more crunching tackles than passages of slick creative skills on display. The Curve players seemed keen to crowd the referee at any opportunity, which broke up play even more.

Clapton responded to this aggy home side by crunching into tackles just that little bit harder. The Curve responded to that by getting more aggy. The ref didn’t really know how to respond.

As far as the play went, Oshin was a dominant presence in the Tons midfield, calmly slowing down play when needed. Birthday-boy Nabeel Hashim was also typically busy in the middle of the park.

On 38 minutes there was a let-off for Clapton.

A Curve ball over the top set an attacker clean through on goal. Beaten for pace, a Clapton defender intervened with a sneaky, tactical tug at his opponent’s jersey. It resulted in a free kick but no card. The free kick came to nothing.

During the break, Tons manager Geoff Ocran had a word with the referee about what he saw as being too lenient on tough challenges, but the second half saw more of the same.

Clapton came out strongly, with Lewis Owiredu and Stevens surging forward on the wings to whip in dangerous crosses. They just lacked a striker on the end of them.

A number of corners and free kicks in good positions were squandered too.

In what was almost a recreation of Clapton’s bizarre opener against Letchworth Garden City Eagles in November, a long throw-in was allowed to bounce right in front of the Curve’s goal. But this time, no one could apply a touch and it popped straight up over the bar. 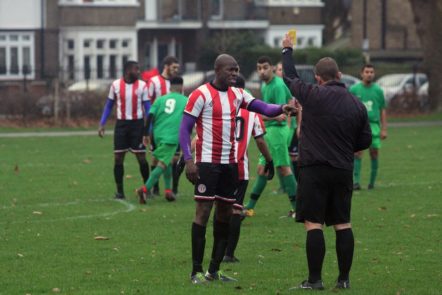 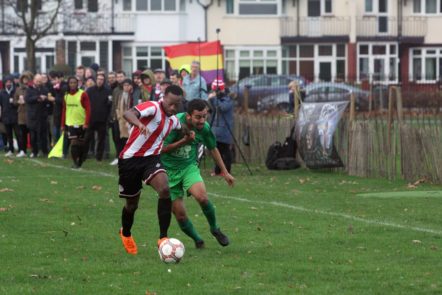 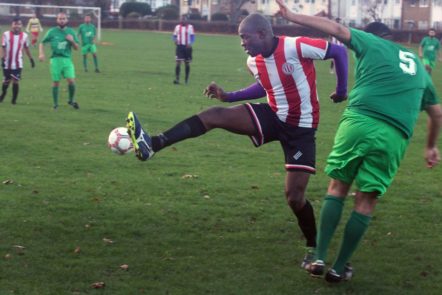 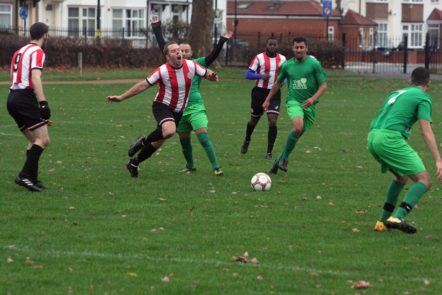 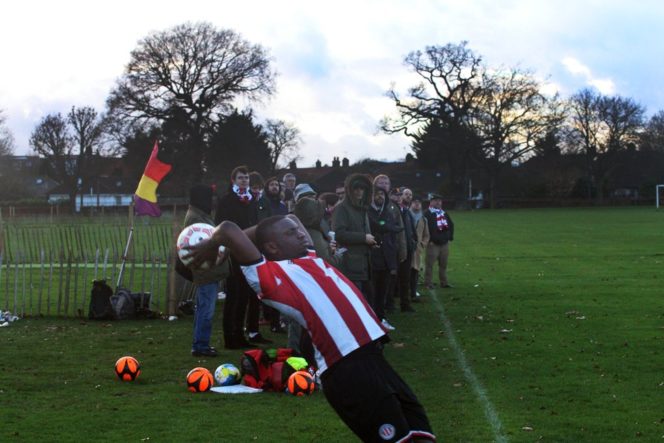 As the half wore on, Clapton’s grip on their lead became increasingly shaky. The Curve broke through on goal multiple times without being able to convert.

Notably, Dan Anfossy made a trademark Dan Anfossy Double Wondersave upon 75 minutes to keep his side in front. He literally does this every week.

There was a great chance to put the result beyond doubt when Crosbie burst into the box only to be scythed down by the last man. Inexplicable refereeing decision: corner.

As the clock ticked towards injury time, the equalising goal that had looked to be coming for most of the second half finally came.

A sweeping move started by the Curve keeper took them into the Clapton box. Anfossy made one save but was on the ground and helpless to stop the MCFL’s top scorer Ahmed Mahfouz’s rebound, his eleventh league goal this season.

Makeshift assistant referee Ocran flagged that the scorer had been offside, but was controversially overruled by the referee.

Right at the death, they forced a corner on the left. The ball was played short to Crosbie. With the angle narrowed, he was able to Curve the ball into the top right corner.

Was it wind-assisted? Was it intended as a cross or a shot? The jubilant Tons fans weren’t caring in the slightest.

We told you it was a cracker. @EliotCrosbie with an absolute screamer with the last kick of the ball to win it 2-1 pic.twitter.com/u3KjxS4U9O

Just like that, Clapton snatched victory from the jaws of what would have been on balance a fair draw.

He didn’t see much of the ball, but hard-working Eliot Crosbie deserves man-of-the-match for having the skill and composure to fire in the crucial winner.

Today’s man of the match…