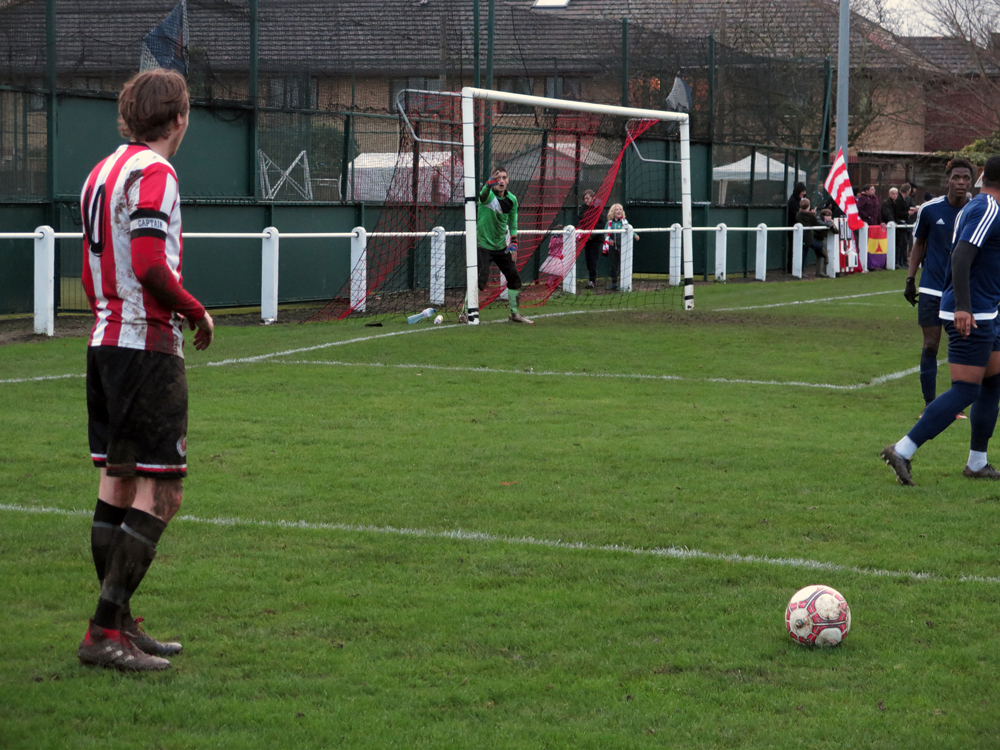 On a week when Clapton CFC celebrated reaching 1,000 members, the team couldn’t quite manage a win but did come back strongly to get a 1-1 draw against Eastfield FC.

Many non-league fixtures around the south east were postponed due to a rainy week, but the Stray Dog was still in a suitable condition for play. However, the slow, heavy pitch had the potential to cause problems for a Clapton side that has adopted a style of play involving a lot of passing and ball movement.

Eastfield kicked off, playing towards the clubhouse end of the pitch. The first ten minutes were very evenly matched as the two sides felt each other out, with a young Eastfield side showing they had speed and fitness that would potentially cause the Tons trouble.

The first big chance of the game fell for Clapton CFC on 14 minutes. A cross into the box from the right was deflected high into the air in the six yard box, when it did come down it was met by the head of Tre Cartier who put it in the net. However, the celebrations of the crowd were quickly stymied as a call for goalkeeper interference was made.

Eastfield immediately countered with a pace that would go on to cause the Tons trouble throughout the afternoon. The number 7 raced up the right wing largely unchallenged, however was stopped by an onrushing Dan Anfossy. He went down early, but in the slippery conditions travelled a further 6 feet placing him under the Eastfield attacker’s feet for the interception.

Clapton continued to apply pressure, with openings for Stefan Nielsen and Sham Darr in a series of scrambles in the box. Eastfield made frequent counter attacks that were shut down by the defence.

At 25 minutes the visitors were able to apply a period of sustained pressure, which began from a free kick 2/3 of the way up the pitch. This led to several corners for Eastfield that had Clapton CFC nerves jangling, however they were unable to convert.

Unlike many of the games seen so far this season, this match was looking to be a low scoring encounter. However it was producing some highly entertaining end-to-end football.

The deadlock was eventually broken by Eastfield. Three of their attackers made a well co-ordinated rush on the Clapton area, with a cross from number 7 falling for their number 9 who knocked it in off the crossbar.

Shortly before the half, Clapton had a chance to even the score courtesy of a Nielsen corner. The cross into the box was good, however none of the Tons could get on the end of it. Eastfield once again made a run up the pitch, with their number 9 making a nice turn to get around the Clapton defender and take a shot which went wide.

The half ended 0-1 to the visitors. As the players returned for the second half, some rays of sunshine were beginning to poke their way through the bruised East London sky.

The atmosphere on the pitch was still friendly, with many players on both sides greeting each other with handshakes before the restart.

In the end, a fair result (1-1) between @ClaptonCFC & @EastfieldFC on a heavy Stray Dog pitch. Chances throughout & great support all around the ground. Up the Tons! pic.twitter.com/4nf2yOil0b

As the second half began, the conditions were still causing a challenge for both sides, wary of injuries on the slippery pitch. However, early on Eastfield looked ready to make another of their speedy attacks, only to be stopped by a brave challenge from Dean Bouho who came racing in at full speed to shut their winger down, almost getting some Eastfield boot studs in his head for his troubles.

Clapton had the run of play in the early minutes of the half, however they were being kept on the edge of the box by some physical Eastfield defending.

The first big chance came for the visitors as their number 9 once again found space in the Clapton area and made a deft turn and volley that went in to Anfossy’s right. However the goal was disallowed for offside.

Liam Smyth made a chance of his own, off a Nielsen corner. The delivery sailed through a crowd of players before falling for Smyth at the back post, however his volley went just wide.

As the three quarter stage of the match approached, Eastfield’s young squad began to show their fitness. They were holding onto the ball for longer periods but were unable to make any chances that caused Anfossy any serious trouble.

At 70 minutes Nielsen was brought down in a halfway line tangle with an Eastfield midfielder. The resulting free kick led to a cross in to Sherwin Stanley whose effort was denied by the post.

Several minutes later the ball was hit into the air out of play, only to be sent looping back onto the pitch by a well timed, first touch, hit from one of the fans. With around fifteen minutes remaining, Clapton began to push deeper into the Eastfield half with further opportunities coming for Stanley and Cartier.

The volume at the Stray Dog began to rise as the Tons faithful anticipated an equaliser. The Eastfield post was rattled once again, as Jordan Odofin managed to get a shot away in the scramble from a free kick.

Eastfield made the most of any opening they had to counter. Their strikers seemingly able to make repeated pitch length sprints at will, requiring Anfossy to make a number of saves to keep Clapton CFC in the game.

As the match ticked into its final minutes, the encouragement from the touchline became a wall of sound. The fans urged their visibly tiring team on to one last push.

The Clapton CFC attack was refreshed with Bogdan Panescu coming on for Ellick Coleman to try and prise open a gap in the Eastfield back line.

Their efforts were finally rewarded at 85 minutes as sub Lewis Owiredu got a shot away from the left side of the box, it made its way through several defenders before hitting the back of the net in the bottom right corner for his first goal as a Ton. 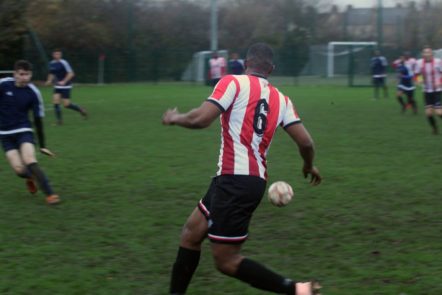 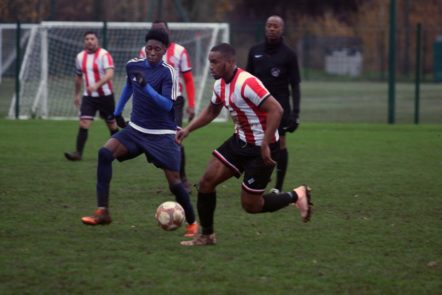 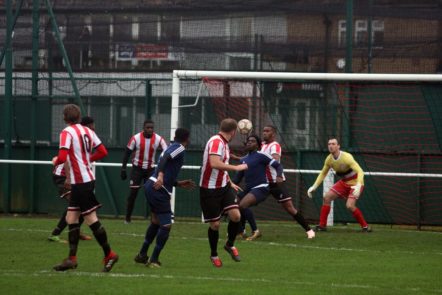 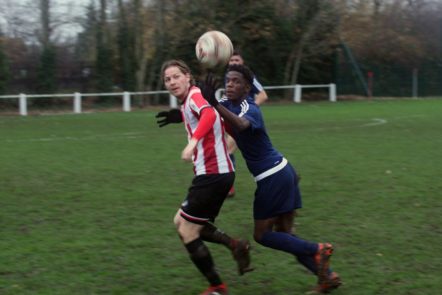 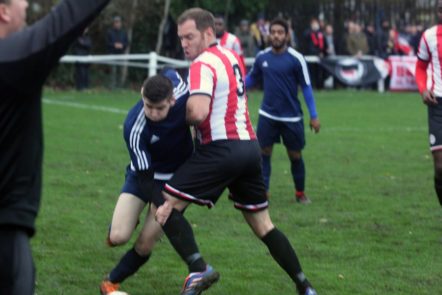 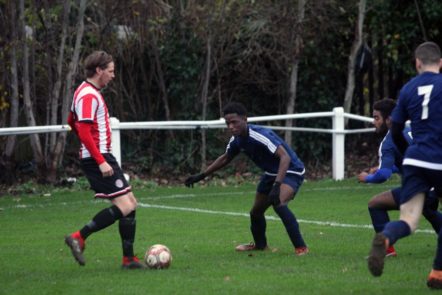 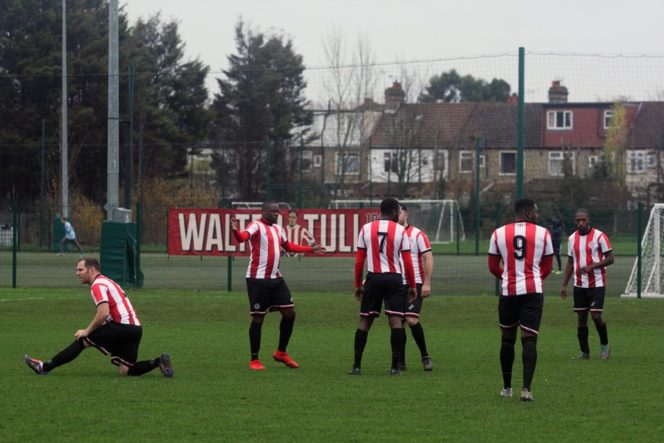 Photos above by Max Reeves

With their tails up, Clapton pushed onwards hoping that the day would end with win after coming from behind has they have several times this season. Straight off the restart Panescu used his fresh legs to rush into the Eastfield area, but was blocked by the keeper.

With three minutes of stoppage time gone Clapton were awarded a free kick in what would surely be the last play of the game. The squad pushed deep into the Eastfield area, however were unable to make anything of the delivery. As the final whistle went, several Clapton players dropped to the floor having left everything they had on the pitch.

The applause for both sides was well deserved and both teams deserved to take a point away from the encounter.

While the home fans will be a little disappointed to have not got an important win, the side did them proud and nobody could say they went away not having been thoroughly entertained.

Next week another trip out to West London awaits the Tons, as MCFL action continues against The Curve.

We spoke to the management team of Geoff Ocran and Stu Purcell.

Centre-back Jordan Odofin grabbed the accolade for the second time this season.

Vote for today's Player of the Match: