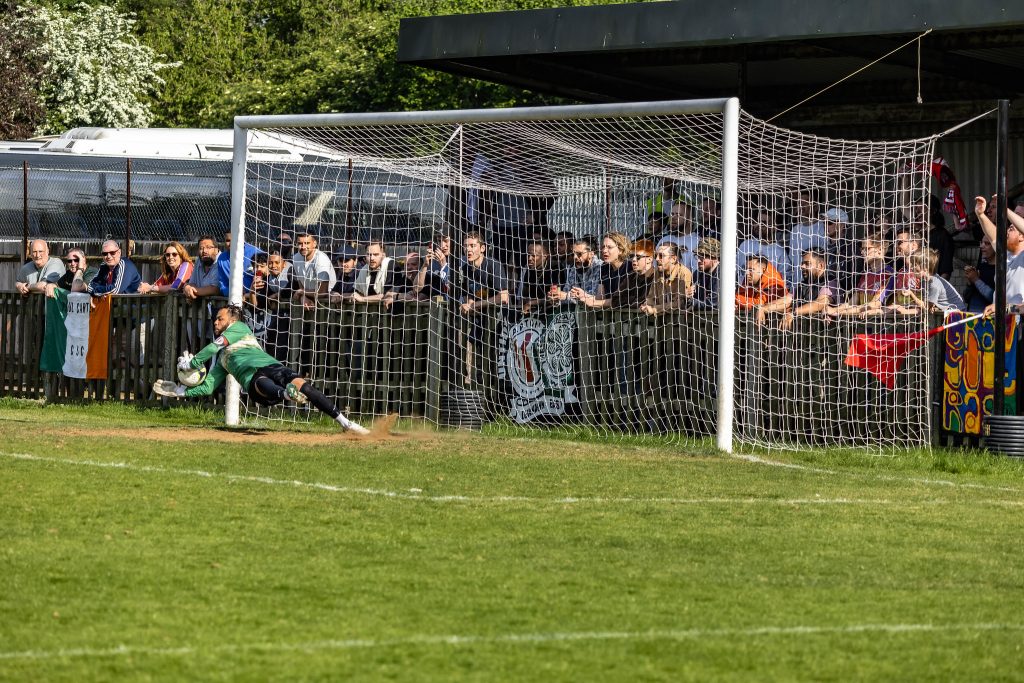 The men’s first team friendly schedule is now pretty much complete, with games against Step 5 and 6 opponents plus four from our own Step 7 level, and an in-house clash.

All games will take place at 2pm and five of them will be at the Old Spotted Dog Ground with one at Wadham Lodge in Walthamstow.

On June 25, the first team will take on the CCFC development team who will be itching to spring a surprise. This one is at OSD and is part of Forest Gayte Pride.

On July 2, CSM London will be the visitors to the OSD. They play at the same level as us, over in the Essex Alliance League Premier. We’ve met once before in a friendly last summer, a 1-1 draw at Ashton Playing Fields in Woodford.

On July 9, we will host regular opponents Catholic United at 3pm on the Wadham Lodge 3G. The Essex Olympian League Premier Division side need no introduction, having beaten us 5-1 in the Anagram Records Trophy final in 2019. We got some sort of revenge with a 3-0 friendly win last summer.

On July 16, newly promoted NW London will visit the OSD. This will be our fourth friendly meeting with the Gorillas, while we’ve also met six times in the league, although our paths will now diverge as they move up to Step 6.

On July 23, Step 5 side Woodford Town will be the visitors to the OSD, our toughest challenge of the summer. The Essex Senior League side have seen a huge upsurge in crowds since moving to Ashton Playing Fields, and are renowned for a conveyor belt of young talent.

On July 30, the other Woodford side, Woodford East of the Essex Alliance League, will visit the OSD for a rematch of our Anagram Records Trophy semi-final. That one saw the Peacocks grab the win, and the ambitious Step 7 side have now moved to Basildon United’s ground as they look to move up the levels.

Finally, on August 6, we host Jolof Sports at the OSD. They also play in the Essex Alliance League and we’ve met once before, a 1-0 away friendly win behind closed doors in 2020/21.

We’re expecting the new season to start the following week, August 13. We’ll know for sure after the Middlesex County Football League AGM on June 27.

All fixtures are subject to change, particularly friendlies, so check back on social media and our website for any updates.

All friendlies at the Old Spotted Dog Ground will have a capacity of 450, which we don’t expect to get close to, so you can pay on the day. The Wadham Lodge 3G game may require tickets given limited space, more info later on.

The return friendly fixture with FC United of Manchester, pencilled in for this summer, has not been possible to arrange but we hope to arrange for next year. This summer we’ve been concentrating on getting the OSD ready for competitive football.

The women’s first team friendly schedule is not yet sorted and their season is likely to start a bit later on.