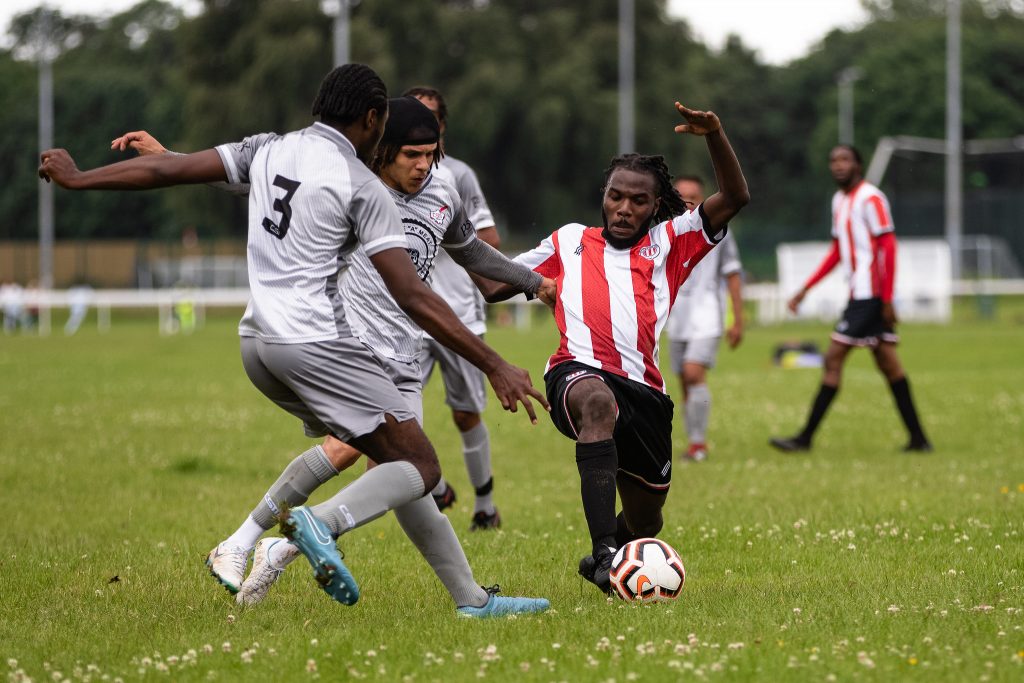 The Clapton CFC men’s first team eased back into action with a moderate display against Essex Alliance League side CSM London.

There was an assortment of familiar faces in player-manager Geoff Ocran‘s squad, along with Troy Cleghorn from the development team and three trialists.

In a goalless first half, it was Cleghorn who went closest to a breakthrough, smashing a 25 yard shot which was well saved low by the CSM goalkeeper. At the the other end, a CSM shot was tipped acrobatically over the bar by Jack Francis.

The game opened up in the second half, with Francis nudging a breakaway shot on to the post and to safety.

A flare up on the touchline saw the referee order players from both sides to be subbed off rather than wielding cards – it was a friendly, after all.

Clapton CFC opened the scoring, midway through the second half, sub Lewis Owiredu scoring a beauty of a free-kick from long range.

Within minutes, however, CSM were level. Though their striker struggled to control a cross, he was given far too much time in the box to recover, turn and shoot into the corner.

A draw was just about a fair result in a low-key game on the back pitch behind Woodford Town’s new home at Ashton Playing Fields, with fitness the main aim.