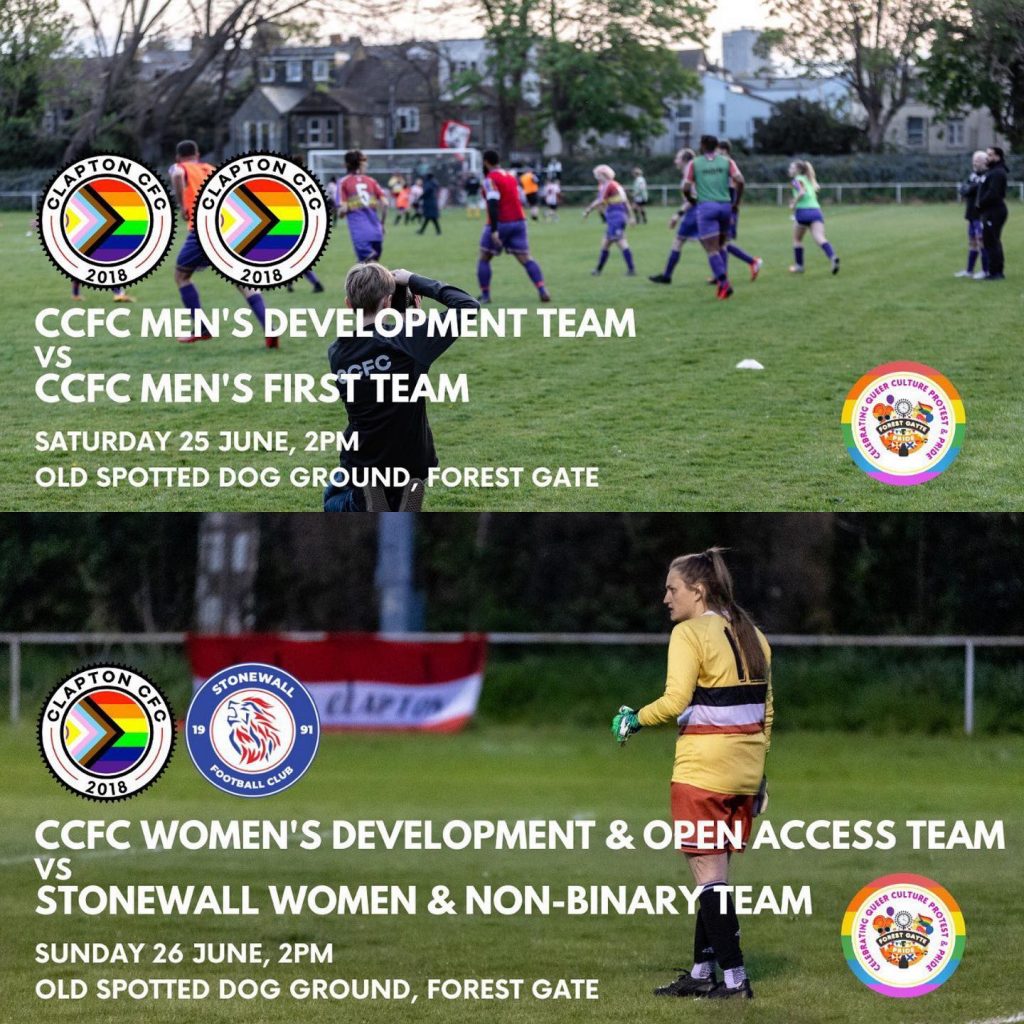 The 2022/23 pre-season kicks off this weekend with two friendlies at the Old Spotted Dog Ground on both Saturday and Sunday.

Kick off for both games is 2pm with the gates and the bar opening at 1pm.

All friendlies this summer will have a capacity of 450 which we don’t expect to get close to, so you can pay on the day. It’s a suggested £2 for waged adults for friendlies.

On Saturday, the men’s first team play the men’s development team as the two teams starts the tactical planning for next season.

The men’s first team won the Alec Smith Premier Cup and finished third in the league and will be looking for an even better season.

Meanwhile the development team will step up to the Hackney & Leyton League Division 2 after finishing champions in Div 3.

The development team will no doubt be itching to spring a surprise.

Then, on Sunday, a mix of the women’s development team and the Open Access 11s will play the new Stonewall FC women & non-binary team.

Both matches are being played as part of the Forest Gayte Pride Festival, in celebration of LGBTQIA+ Culture to Newham, which we have been proud to be involved in for several years.

Clapton Queers will also have a stall on Saturday at Woodgrange Market, opposite Forest Gate station, from 11am to 4pm. There will be DJs and speakers.

After the game, spectators are encouraged to head up to the Forest Gayte Pride main event at the Forest Tavern, 173 Forest Lane, from 6pm to 1am. Get your tickets for that here.

Note there’s a rail strike on Saturday, which means you may need an alternative route. The Tube is running with Stratford Station just a 25 minutes walk to the Old Spotted Dog, and Plaistow (District/Hammersmith & City) is less than 20.