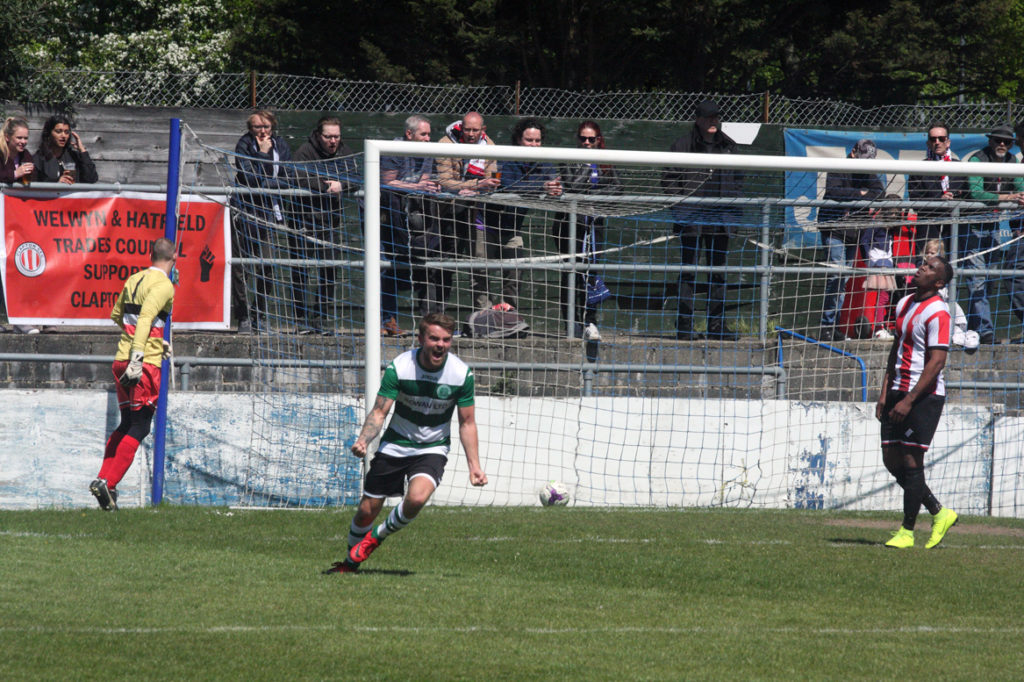 The cup double wasn’t to be.

Despite taking an early lead the Tons could not keep their ruthless opponents at bay. Catholic United stepped up their game in the second half to retain the Anagram Records Trophy in style.

Geoff Ocran was able to welcome back left back Liam Smyth, who missed out due to running the London Marathon last weekend.

The Clapton midfield struggled to stamp their influence on the game. But as ever, Josh Adejokun‘s pace and Sherwin Stanley‘s power looked threatening when the ball made its way up to them.

On 13 minutes Stanley latched onto a ball down the left wing. He (fairly) knocked a defender out of the way, putting himself clean through on goal. Stanley slotted in. First blood to the Tons.

If it was possible to fire the Tons fans up any more, the sight of Eliot Crosbie roaring at them would do the trick.

It was the first goal Catholic had conceded in this year’s tournament.

For most of the first half, the Tons contained the Catholic attack well. But towards the end, their resistance was shattered.

The ball refused to behave itself in the crowded Clapton penalty box. Catholic’s Callum Matthews was able to just guide it into the top corner past Dan Anfossy.

Five minutes into the second half and Clapton were behind. Sloppy play in the Tons’ midfield allowed Catholic to break down the wing. The cross found Simon Thomas free right in front of goal. He chested it in for 2-1. A chested goal is something you rarely see and have to appreciate.

Clapton now had to came out and chase the game. But they were unable to apply pressure on the Catholic backline. They only gave the Essex Olympian side space behind their own backline. The men in the green and white hoops joyfully exploited this.

Ominous stormclouds formed over the Oakside Stadium. The wind and the flew of play surged towards the Clapton goal. Anfossy made an excellent point blank save from one of these assaults on his goal. Dean Bouho got booked for an over-enthusiastic challenge. Then came the rain.

Catholic’s third was an other one from out wide. Another cross found Thomas Kearney on his own in front of Anfossy. He dispatched it with a classy flick.

Tons heads were dropping. Bouho did another over-enthusiastic tackle. The referee flashed red and the Clapton centre-back dejectedly trudged back to the dressing room. It was CCFC’s first sending off in the season. 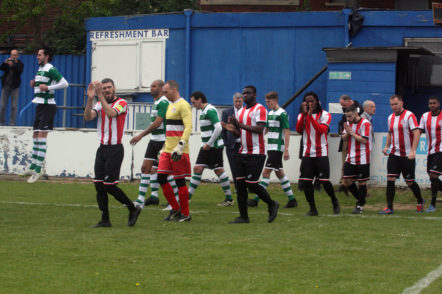 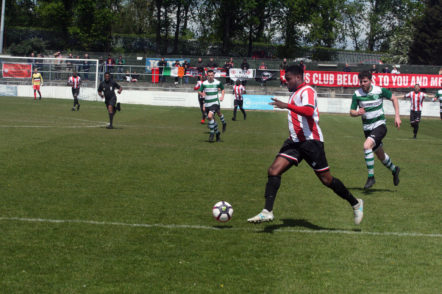 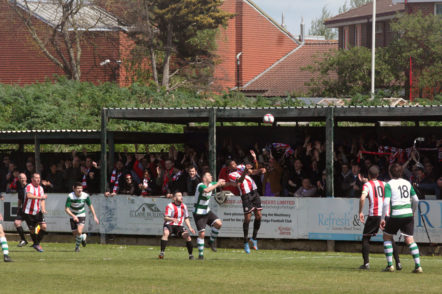 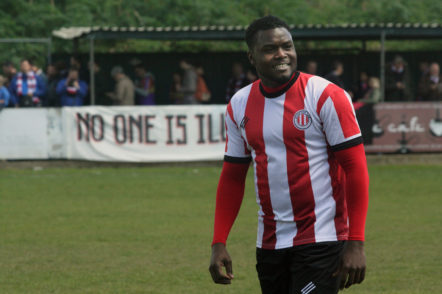 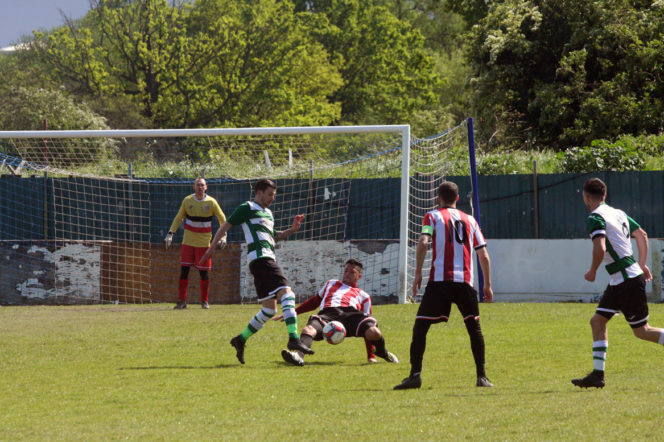 Stefan Nielsen was brought off the bench and showed some nice touches in midfield. But there were few set piece opportunities for him to ask some real questions.

Then powerful Catholic striker Thomas went in on goal and finished calmly to make it 4-1. The final nail came from a well-executed Sam Hollingsworth penalty kick.

It was a half to forget for Ocran’s men. Having competed well in the opening 45, the gulf between the levels was being increasingly exposed. The Tons were merely praying for the final whistle.

At the end, the small but vocal band of Catholic supporters wend wild. Clapton fans sung the praises of the victors.

After a string of dramatic victories, it was an unfamiliar feeling for this Clapton team. In fact, it was their first competitive defeat since going down to NW London back in February.

In a touching gesture, the CCFC players gave away their runners up trophies to young fans.

Hey @ClaptonCFC great day despite result. My son is VERY happy with his trophy. So kind of players to give them to kids. I ❤this club. Up for the league!0 pic.twitter.com/bnwnYWzKvV

Clearly devastated after the heavy defeat, they will now have to pick themselves up for the league finale against FC Roast. A win guarantees promotion to the Middlesex Counties League Premier Division.

Well done @CatholicUtdFC.. 👏🏾👏🏾wasn’t our day today! Credit to @ClaptonCFC who didn’t stop today even with 10 men. Fans again were tremendous! 🙌🏾 Any 🍾 bought for today will just have to be put on ice until next week! 🥳 #thisclubbelongstoyouandme https://t.co/BG2ETvkHdk

With the Jim Rogers President’s Trophy already in the bag and a great run to the Anagram final, this season has already exceeded all expectations. Just one last bit of business remains to elevate CCFC’s debut campaign from great to legendary.

The final word has to go to Catholic United. They played skillfully and fairly on the pitch. They were gracious afterwards. Worthy cup winners.

We heard the thoughts of a downbeat Clapton contingent after the game.

Having got the goal that gave Clapton hope, Stanley gets the nod on Twitter.

Clapton CFC man of the match poll for yesterday’s final