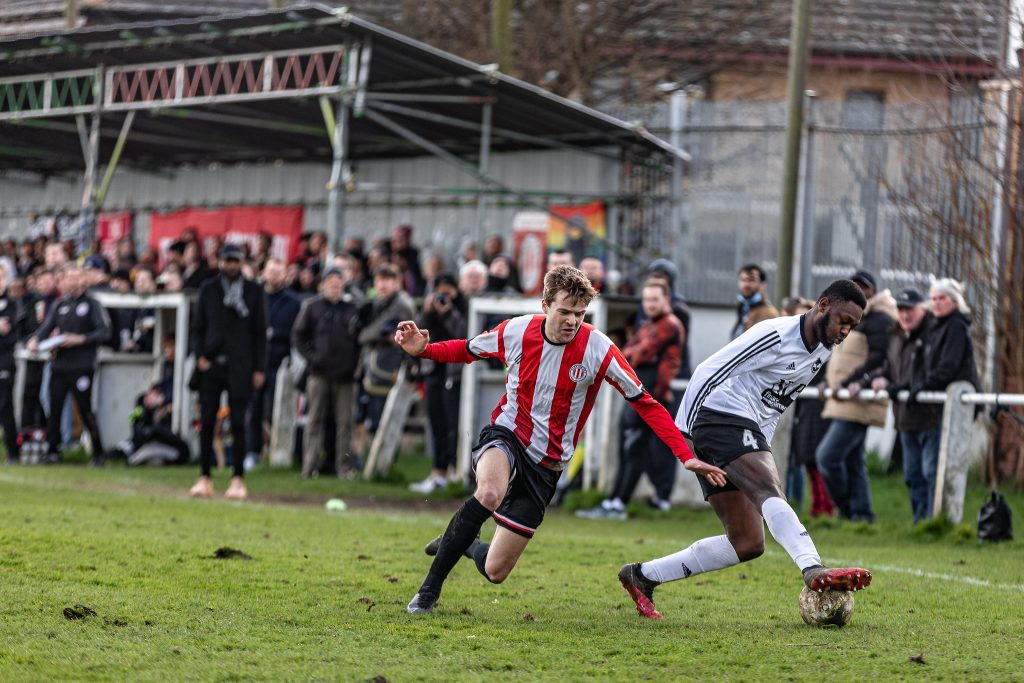 Clapton CFC will face Kensington Dragons in the final of the Alec Smith Premier Cup after a thrilling 3-0 win in the semi on the Stray Dog in Walthamstow.

The men’s first team have saved some of their best performances of the season for this tournament – beating Sporting Hackney 5-2 away from home, then Larkspur Rovers 6-0 at home – and it was the same again here against a good Cricklewood side.

So it was a relief to reach a final having been knocked out in the quarter-final and semi-final stages of our two other cups in the last few weeks.

Last week, player-manager Geoff Ocran pointed out we rarely score from goalmouth scrambles. And lo and behold, the next game we score two bundled in from a few yards out.

10 minutes in, and it was our record scorer Sherwin Stanley with the all-important first goal, holding off a defender to help guide in a ball from the goal-line..

It was a good, compelling tussle for the next hour with chances for both sides – and the rare sight of away fans, with drums and flags.

The crucial second goal came on 72 minutes in scruffy style once again. A James Briggs free-kick was nudged towards goal by Josh Adejokun but Charlie Fagan got the final touch off his backside. They all count!

The late third goal was a moment of quality, however. Sub Julian Austin‘s pressing saw him carve open a chance to shoot just inside the box, and a lovely finish wrapped up the cup win.

It was the ideal performance to lift the mood after the disappointing defeat the previous weekend against Woodford East.