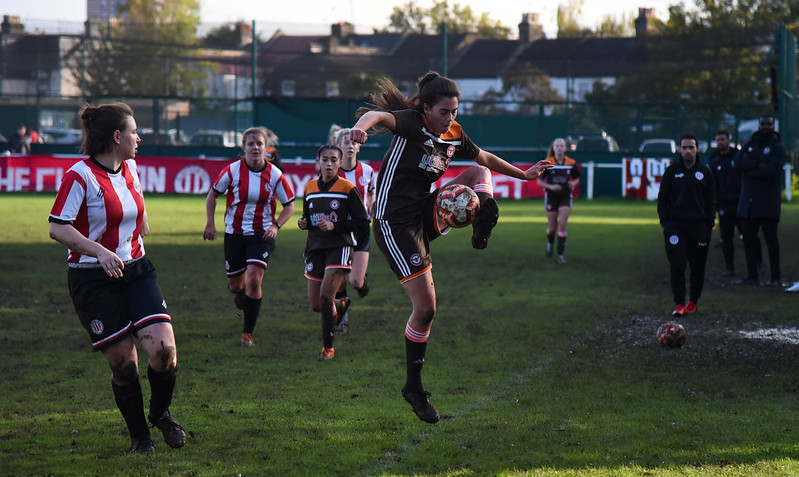 The Clapton CFC women’s first team head into Sunday’s final league game of the season with a chance of finishing runners-up.

The Tons will seal second spot in the Greater London Women’s Football League Premier Division with a draw or a win.

However, even a defeat and a third or fourth placed finish is a massive achievement given our four points deduction over international clearance, and having finished third from bottom last season,

Unfortunately the crunch game is behind closed doors – frustratingly just one day before the guidance changes – but we’ll do our best to capture the action on social media and in photos.

The game between the Tons and the Bees in October at the Stray Dog was a mudbath, but goals from Emily Link, Marta Boiro and Annie Lyons secured a 3-1 win.

Worthy champions Walton Casuals wrapped up the title weeks earlier and have won every game all season except one – which was, ahem, against CCFC. After two seasons of winning the league at a canter, the Casuals are well overdue an uplift.

There will be no relegations and no automatic promotions, but the FA is accepting applications from clubs who are seeking to move upwards.

Brentford FC vs Clapton CFC in the Greater London Women’s Football League Premier Division is on Sunday, 16 May 2021, kick off 2,30pm, behind closed doors.