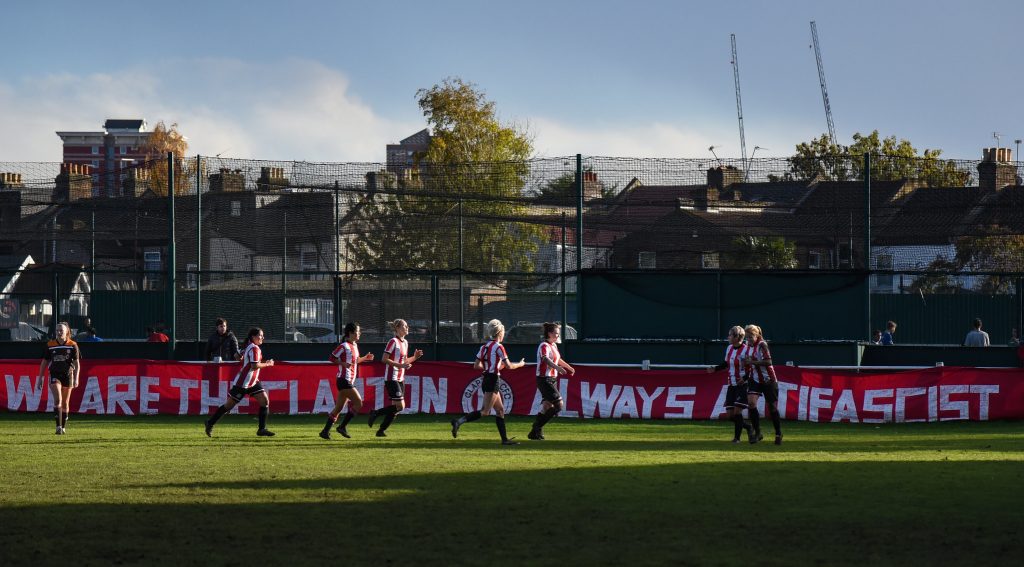 There were some changes to the starting line up, most noticeably we could find midfielders Verity Phillips and Lenny Holmes stepping into the roles of full-backs.

The Tons came firing out of the starting blocks and went 1-0 up within the first 10 minutes. Maria Mendonca won the ball in Brentford’s half and found the feet of Emily Link who slotted it in.

Not long after Brentford scored in a very similar manner to that of Link.

Just before the half-time whistle, Clapton were awarded a corner. Marta Boiro stepped up, and bent it towards the near post. Centre back Annie Lyons charged forward and secured her first goal scored for the Tons.

In the second half, the Tons continued to play with confidence and did not allow Brentford much space to create any dangerous chances.

On 75 minutes, Phoebe Parthews won the ball in her centre back position. After carrying it forward, she found a space which Mendonca could run into. The winger who had been tirelessly sprinting down the left wing throughout the whole game beat the Brentford defender to the ball and found the feet of Caps Riom. Riom scored her first goal for the season and secured the final score of 3-1.

It later transpired that the reason Mendonca was sprinting so fast was that she had another appointment to make, which she luckily made. But not before securing two assists.