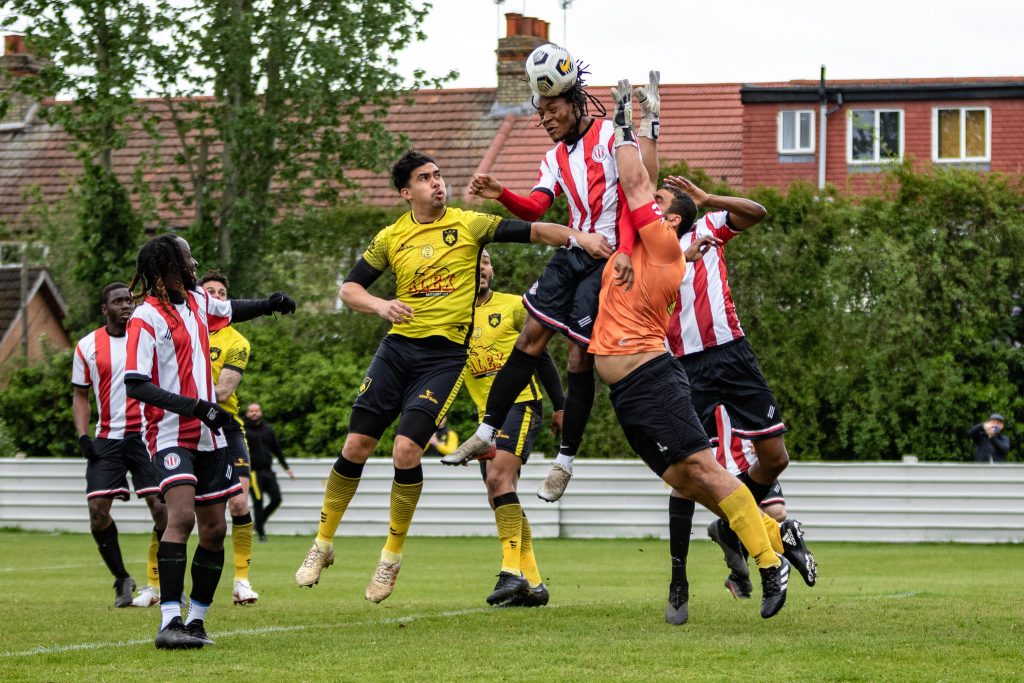 The Tons took one step closer to the Middlesex Super 6 League title with an emphatic victory over a physical AEK London behind closed doors at the Wadham Lodge Stadium.

Coming into the game undefeated, two wins out of two in their final games would see Clapton crowned champions of the mini-league, and a polished performance ensured the first step was successfully navigated.

Opponents AEK were the only unknown quantity in the mini league, playing in the division below, and were coming into the game off the back of two victories.

Clapton started the game brighter, with meaty challenges going in from both sides which saw a couple of bookings.

Mid-way through the first half a quick-fire double from Jake Stevens put the Tons firmly in control, from which they never looked like losing.

Stevens’ first goal was a thunderbolt from 25 yards out that left the sprawling AEK keeper no chance. A goal worthy of a crowd, so hopefully more of the same to come.

Mere seconds later it was 2-0. Clapton won the ball from the kick-off, Noah Adejokun squared the ball to that man Stevens again, who finished confidently.

Clapton went into the break ahead, and comfortable, despite the physical style of the opponents.

A quieter second half saw Clapton in control, limiting the number of chances for AEK and seeing out the game.

Noah Adejokun continued his good form with another goal mid-way through, set up by brother Josh. 3-0, and job done. There was even time for an AEK red card for a second bookable offence.

The Tons now know that victory over Sporting Hackney, in front of 500 fans, on Saturday will see them lift the Middlesex Super 6 League trophy.

Coupled with an encouraging end to the season for the women’s first team, bringing hopefully a positive end to a challenging year for everyone.