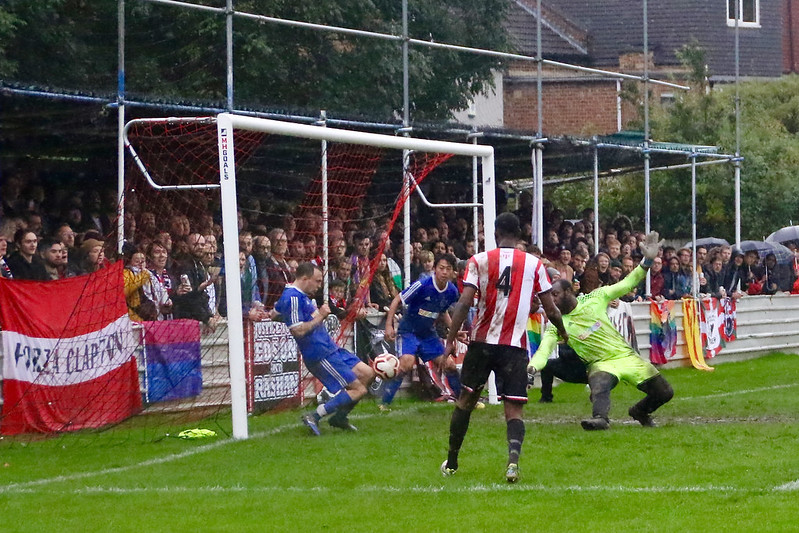 After a curtailed season mostly played without spectators, it looks like we’ll finally be able to see some football.

This weekend’s games – for women’s and men’s first teams and men’s development – will take place behind closed doors.

However, guidance changes from Monday, 17 May, which means these last few games will have spectators allowed…

The men’s first team finish their Middlesex Super 6 League campaign with a home game against local rivals Sporting Hackney – and spectators will be allowed.

It’s our final game in the mini-tournament and there’s a chance – depending on results this weekend – that one or both of the teams will be in the running to win the title.

We have moved the game to Wadham Lodge Stadium from the 3G pitch door in order to accommodate spectators properly.

We will make 500 tickets available to pre-book and as usual members find out when first, via the newsletter, before we post on social media. Not a member? Sign up or renew now.

Note that Covid-19 restrictions still apply, and we’ll need everyone to comply. Full details to follow.

The men’s development team’s last two games of the season on Hackney Marshes will have spectators allowed,.

Justin Cummins’ team are mid-table in the Hackney & Leyton Football League Division 3 but may have the chance to sneak into a promotion spot.

Spectators need to adhere to social distancing rules so make sure to spread out and avoid those any watching games on neighbouring pitches.

This is the next game for our new XI – made up of players who play for our Flexi 5 and Beginners 5 teams at the midweek Super 5 League at Mabley Green.

All games in this league take place at the Jack Carter Centre, Ilford, and so we await their rules but we expect spectators to be allowed.