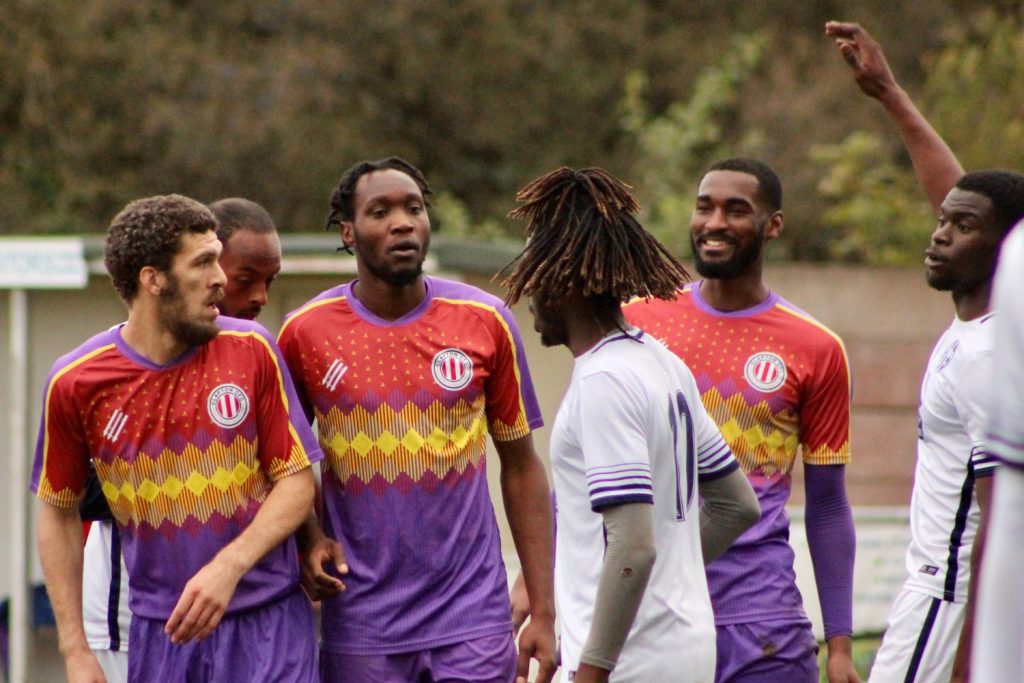 A goal in each half for Sherwin Stanley sealed an impressive win against old foes Hilltop and move the Clapton CFC men’s team into the top four.

The Tons named an unchanged defence for the third game in a row.

Midfielder Julian Austin, who scored twice last week, was ruled out due to injury, with the experienced Paul Oshin replacing him.

Jake Stevens, returning from a long injury, made his first league start since a certain title-winning game against FC Roast in May 2019.

The flow of the game bore little resemblance to the friendly between the teams just five weeks ago, which the Somali heritage side deservedly won 1-0.

From the off, the Tons wingers Stevens and Josh Adejokun and striker Stanley were combining well and all had early chances to open the scoring.

The goal eventually came on 26 minutes from a Geoff Ocran free-kick, knocked on by Tafari Nicholas into Stanley, somehow left unmarked in the box. He dummied the keeper and slotted it in from around yards. 1-0 and thoroughly deserved.

Within minutes, it looked to be 2-0. Adejokun rose superbly to head home a great cross. There were no appeals from Hilltop, but they were saved by a linesman’s flag for offside.

Stanley could have doubled the lead just before half-time. Once again he found himself unmarked in a free-kick, but his close-range shot hit the keeper’s legs and out.

Hilltop stepped it up in the second half, and goalkeeper Jack Francis had to be at full stretch to acrobatically tip over a rising shot.

At the other end, the Tons had half-chances with Liam Smyth‘s unlikely mazy run and shot, and Eliot Crosbie‘s header.

For all their dominance, the Tons were still vulnerable to letting it slip at just 1-0, but Stanley calmed the nerves on 73 minutes with a brilliant strike. He received a cross from Adejokun with his back to goal, swivelled and smashed it past the keeper.

Stanley had a half-chance to grab a hat-trick as the Tons saw out a surprisingly comfortable win – with a clean sheet thrown in.