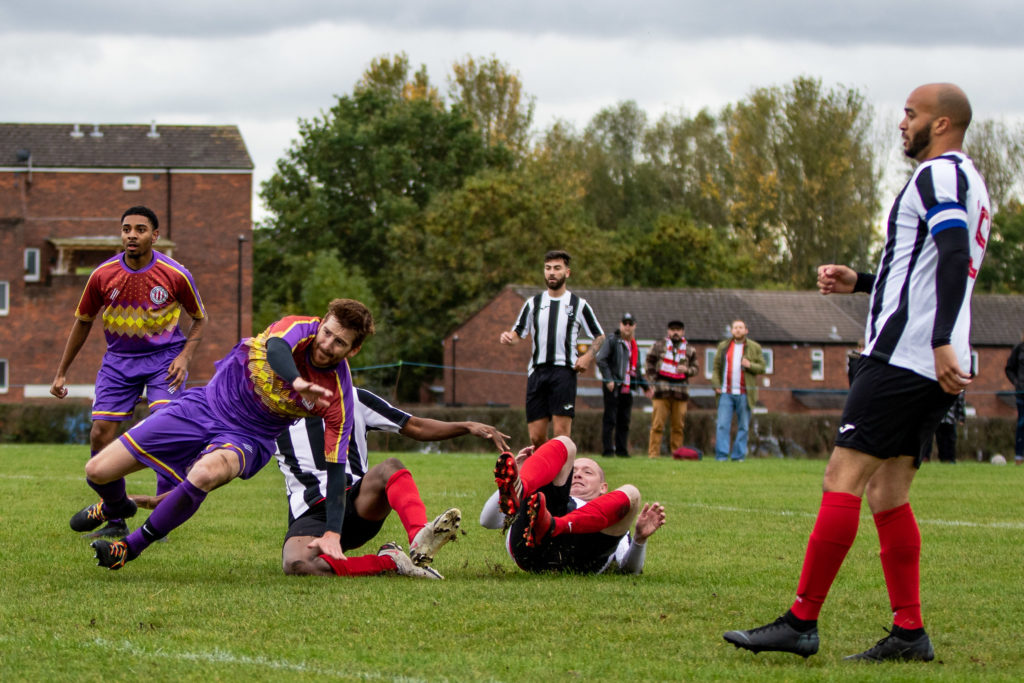 Clapton CFC’s men’s team got their first points of the season with a hard-fought win over Larkspur Rovers in Northolt.

The Tons were keen to bounce back from last weekend’s disappointing home loss to Indian Gymkhana.

The Tons got off to the perfect start when Julian Austin put them one up within ten minutes.

The midfielder converted a Bilal Hussain cutback, to add to the two goals he notched against the same opposition last season.

Larkspur were playing their first game of the season and began to find their rhythm as the half progressed.

They got an equaliser just before halftime. A long throw-in led to a scramble in the Clapton box and was prodded home.

The second half started the same as the first, with another Austin goal for the visitors.

This time the supplier was Jake Stevens, the winger making his league return after missing last season through injury.

Halftime sub Stevens continued to be the main dangerman for the East Londoners, although there were few further chances.

Clapton established control of the play and saw out the rest of the game to take all three points.

The Tons travel back out to North West London next Saturday where the will face a Hilltop side who have started off their own season with one win and one defeat.