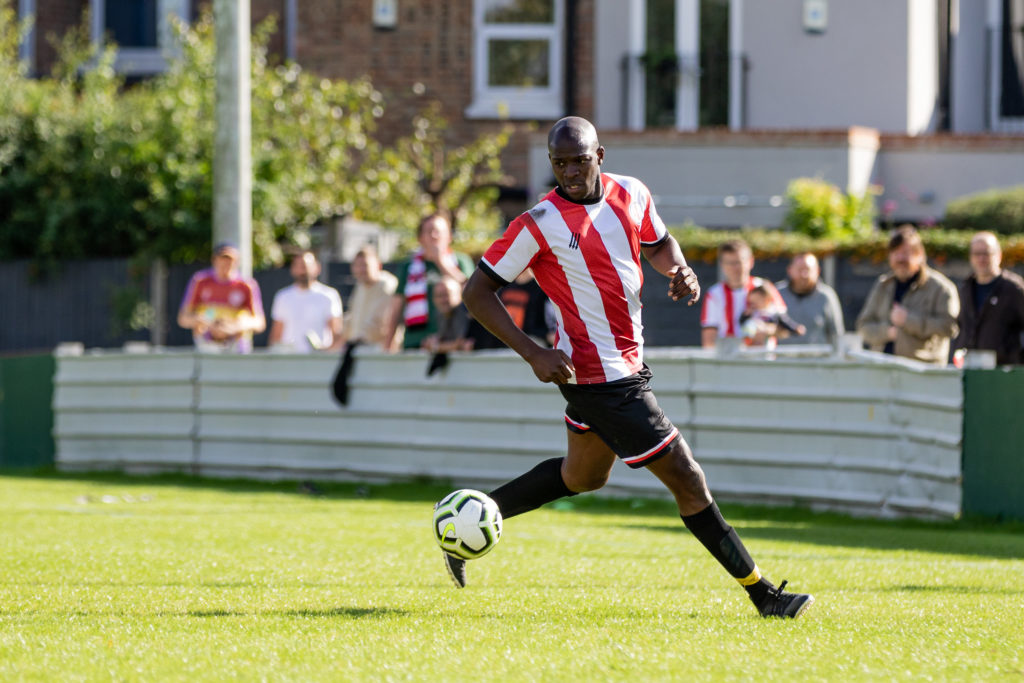 So while it’s been a mixed bag of results, Ocran has kept hold of all but one of last season’s squad – Nick Loblack having left the country – and added several exciting new players.

We’ll have more on the new signings ahead of the start of the league campaign in two weeks at home to Indian Gymkhana Club.

Enfield Borough only formed as a club in 2016, first groundsharing with Enfield Town, and now with Wingate & Finchley.

They started out at Step 7, the Spartan South Midlands League Division Two, and in their first season they won promotion to take them to Step 6, a level above us.

Last season the Panthers were safely in mid-table in 14th when the league was ended prematurely.

This will be Enfield’s final friendly ahead of the new season, while for the Tons there’s a currently vacant Saturday on the 19th that may get filled.

The ground is worth a visit if you’ve not been, including palm trees on one end, and is renowned for one of the best pitches around.

Enfield Borough are charging for the game – it’s £5 adults, £3 concessions (students and over 65s), and under 16s free.

If you’re attending please fill in Enfield Borough’s Covid-19 form, pay on the gate and follow all guidance provided. You can fill in on the day but it’s safer and quicker to do so online in advance.

The bar and snack bar will be open.