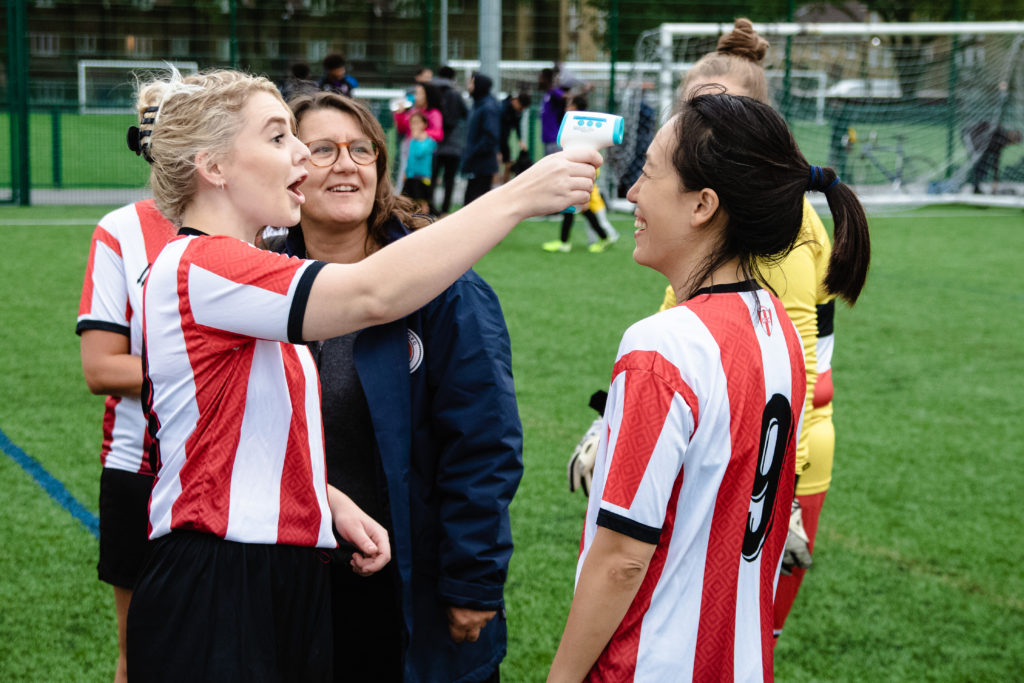 After last week’s 4-1 defeat to title challengers MSA Frenford FC , Clapton were keen to get back to winning ways.

Reunited with the spine of the team that has brought success this season Tons fielded a strong side against our friends at TDWFC.

Clapton played their trade-marked pass and run game, Allana providing the ammunition from the back for Rhianne and Sinead to make surging runs to attack the Todo defence which held firm against the onslaught.

Rhianne can hold the ball up, however it is delivered – to feet or over the top. One particular chance would have been the goal of the season as it started from Chelsie in goal making a great save and then releasing the ball early to instigate a Tons attack, but the shot was inches wide much to the disappointment of players and staff.

Todo defended well with organisation and discipline and the goal when it came just before half time was an unfortunate own-goal that put Tons 1-0 up.

The second half saw Clapton continue their attacking game, the ball is played to feet, players look to pass the ball and are not afraid to play back to keep possession and then recycle to produce further attacks.

However Todo Ciudad remained resolute with committed defending and excellent saves from their custodian. They were also becoming dangerous on the counter-attack and Chelsie in the Ton’s goal produced a string of fine saves to preserve the lead, aided by Allana as the last line of defence.

With only a couple of minutes left on the clock CCFC thought that the points were sealed with a promising attack that was bravely repulsed, fully committed to the offence Tons were finally undone by the Todo Ciudad counter which broke down the field four against two to equalise.

This Clapton team are uncompromising in their football, they play to win and play to score goals, on the balance of chances they deserved the win and on another day the victory would have been theirs, but Todo Ciudad played their game well with solid defending and fast counter-attacks, and they earned their point.

Interestingly on the adjacent pitch Islington Reds beat Frenford 6-3 to set up an interesting finale to the season, the Tons need to win one of their remaining two games to be sure of finishing top of the league.