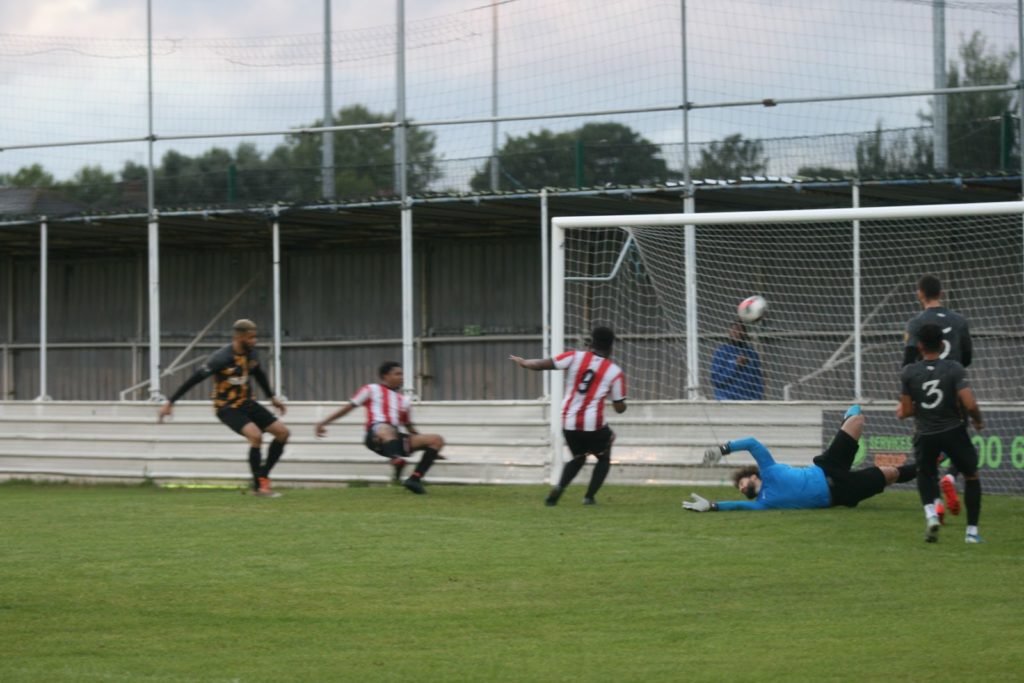 The CCFC starting line-up contained several trialists, including some who put pen to paper straight after the game, plus a first pre-season appearance for defensive rock Jordan Odofin among the more seasoned players.

Clapton started strongly and after a series of corners took the lead after 15 minutes. Last season’s top scorer Lewis Owiredu down the right wing squared it to Trialist to score from close range.

The Trialist in question, incidentally, is the same Trialist who scored a hat-trick against Chadwell Heath Spartans and one against Sporting Hackney.

The equaliser, midway through the half, came from good work down the left wing, the ball fed into the box for an unmarked Wicker to slot home.

The second half saw player-manager Geoff Ocran make wholesale changes including a completely new attacking line-up, with the two Adejokuns, Josh and Noah, on either wing, and Sherwin Stanley making his return down the middle.

The game really came alive in the second 45. Stanley fired over the bar. Noah played a delightful ball to his unmarked brother at the back post who nudged it wide. Sub Sham Darr had a whipped free kick just palmed out. Driving runs from Jake Stevens on the break set up several near misses.

The second goal finally arrived from a simple move – Josh Adejokun squaring to Stanley to slam the ball home from around the penalty spot.

But at the other end, Jack Francis had been equally busy. A cross swung in from the right unintentionally flashed against the bar and bounced out. A Hackney Wick striker beat the offside trap but sailed his shot just wide of the post.

Just before the final whistle, the Wickers bench thought they’d clinched the equaliser. Francis had to head out a poor back pass, and the bouncing ball was bundled in. Fortunately for the Tons, the ref had already blown for Francis being held down.

Our milestone first win over Step 6 opposition is a moment to cherish, though in strange circumstances without any supporters. With all but one of last season’s squad – Nick Loblack – coming back and some exciting new talent, hopes will be high for a promotion push.