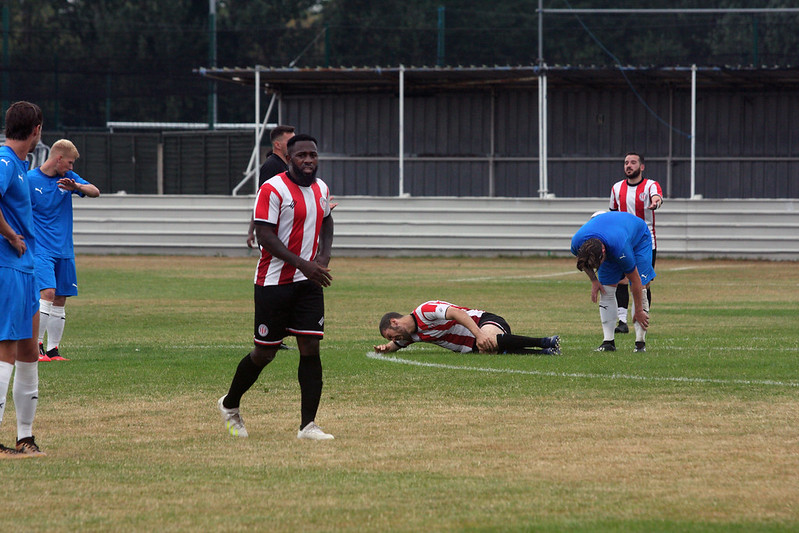 Clapton men’s team continued their behind closed doors pre-season with defeat against ambitious Dunmow Town inside the stadium at Wadham Lodge – the first time the team has played on grass for many months.

The visitors stepped in a short notice after a late cancellation, and with a number of ex-Walthamstow players in their ranks were no strangers to the surroundings.

The club was formed this summer and will be ground-sharing with Conference South side Braintree Town – a signal of their ambition to progress quickly up the pyramid from the Essex and Suffolk Border League.

With a healthy financial backing behind them they should also have no problem paying their numerous disciplinary fines that are likely to come their way this season. More on that later.

The Tons welcomed back a number of familiar faces such as Eliot Crosbie, Liam Smyth, Cemal Agdelen and Charlie Fagan, but with some key players such as Sherwin Stanley, Julian Austin and Jordan Odofin still missing.

It was the visitors who started the first half better however, with a number of meaty challenges flying in – Crosbie seemingly targeted for some rough treatment with no protection from the referee.

The Tons struggled to deal with the Dunmow pressure, perhaps still getting used to finally playing on grass again, and went behind just before half time. A Dunmow free kick from the sideline wasn’t cleared, allowing a chance to poked home from close range.

The second half went along in similar fashion, big Dunmow ‘tackles’ resulting in several of their players booked – the referee finally acting after Crosbie was kicked for approximately the 28th time.

Referees are not likely to be so lenient in competitive games, and on another day Dunmow would have been lucky to finish the game with 11 players on the field.

Dunmow added two more during the half, both similar to the first, coming after concerted pressure on the Clapton defence. They should also have added a 4th, but the chance was blazed over when clean through.

There were some bright spots for Clapton, who did grow in to the game and didn’t allow their heads to drop. A particular highlight was a welcome return for Jake Stevens, important member of the title winning side back in 2019, after over year out with injury.

A tough test for the team, against a strong opponent with a much different style to many Middlesex Premier teams.

However, with Clapton entering the Anagram Records Trophy and BBC Essex Cup, it is a style of play they will face, and will need to get to grips with. 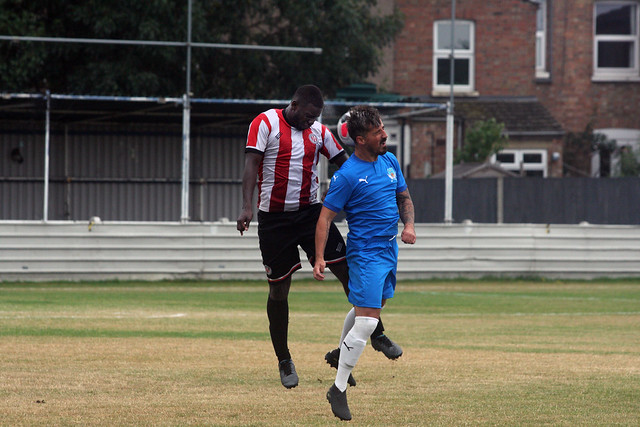