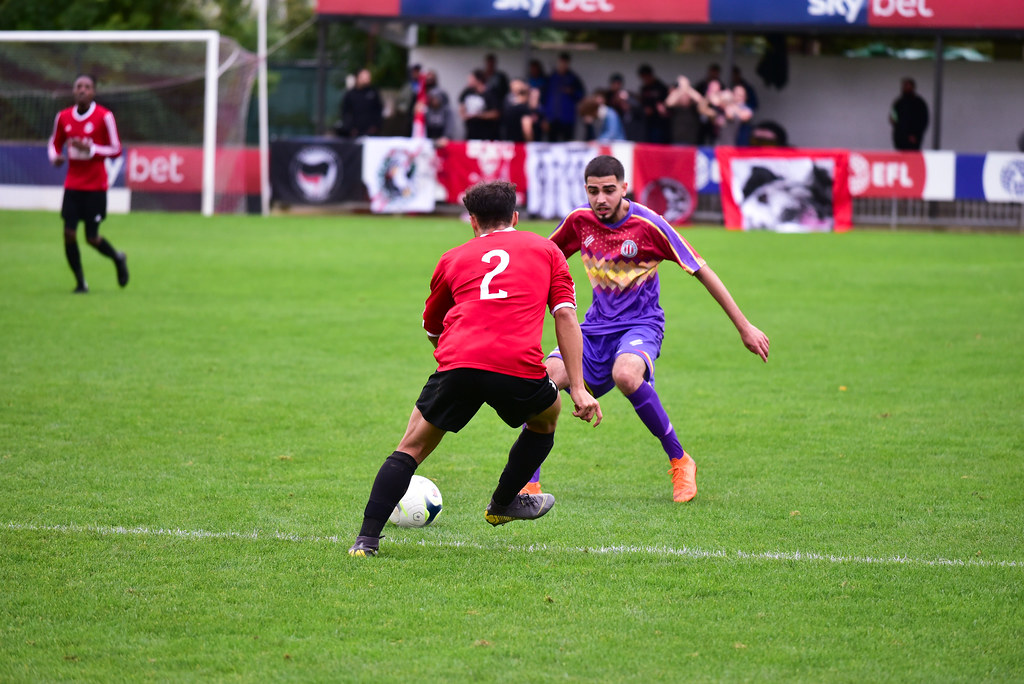 Sorry all, this game has been postponed due to a waterlogged pitch after a 9am pitch inspection.

It’s back to the Stray Dog for the men’s team’s first competitive game there since THAT title-winning game against FC Roast in front of 1266 people.

Geoff Ocran’s team were due to play Leigh Town in a BBC Essex Premier Cup game but ended up having to replay – and lose – the previous round tie away at Runwell Sports.

Thankfully the MCFL officials managed to squeeze in a replacement league fixture though the main Wadham Lodge Stadium pitch is in use by Walthamstow FC.

And so to our opponents, who thrashed us 5-0 earlier this season and looked possibly the best side we’ve faced, full of pace all over the pitch.

Since then they’ve risen to second in the league – but Clapton CFC have also strung four consecutive wins together to move into the top seven.

The Tons should be relatively fresh since last week’s home game vs Pitshanger Dynamo was called off due to a waterlogged pitch.

Cricklewood Wanderers have a short, but inspirational history. The club was formed in 2011 by a group of young people with help from homeless charity Ashford Place.

Unlike many grassroots teams, players don’t pay subs to play as they strongly believe in making football accessible to people from disadvantaged backgrounds.

They sponsor dedicated candidates through their coaching badges, providing finance, work experience and for many, a paid coaching role upon completion.

On the pitch, the men’s won promotion from the Middlesex County League Division One to the Premier in their second season.

Since then they’ve had some near misses from promotion with a second-placed finish in 2013/4 then third in 2017/8.

Last season however they finished bottom, winning just three games, but were reprieved from relegation.

This season has proved a completely different matter.

Cricklewood will be up there at the top end of the table. They’re probably the best team I think we’ve faced this season when they beat us 5-0.

What I liked about them is they had pace and energy all over the park. We’ll need to find a way to beat them and hopefully gain revenge.

The cover for this programme is by Bessy, who is 16 and the creator of the “We Are The Clapton – Always Antifascist” banner you see hanging at home games,

With winter beginning to bite, CCFC are asking fans to donate old coats as part of the Wrap Up London campaign.

There will be a drop off point at the entrance. Coats and jackets of all sizes are gratefully received, but please don’t bring duvets, sleeping bags or other clothes as they can’t be accepted.

Once collected, the coats are sorted and distributed to other charities who make sure they reach those who need them — the homeless, refugees, children living in poverty and people fleeing domestic violence.