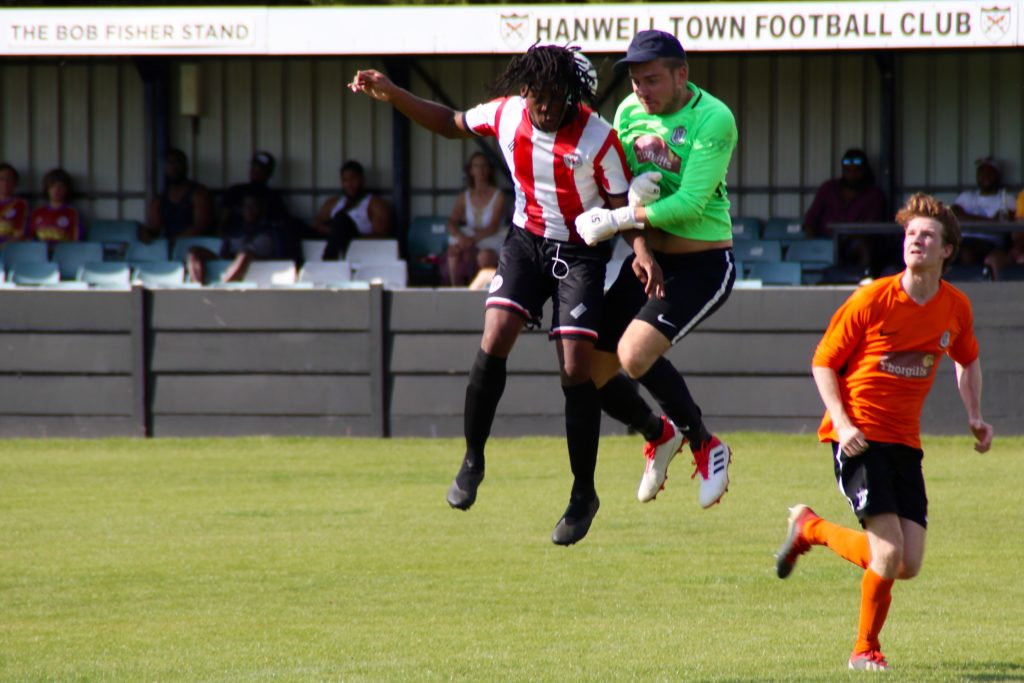 UPDATE: The men’s team game between Clapton CFC and Pitshanger Dynamo has been postponed due to a waterlogged pitch.

A pitch inspection by our landlords Matchday Centres took place at 9am and it was deemed unplayable.

“Finish your carrots or there’ll be no ice cream afterwards.”

The words that haunted many childhoods will be ringing in the ears as our men’s team look for revenge for an early season loss against The Carrots aka Pitshanger Dynamo.

After an opening win in their first Middlesex County Football League Premier Division game against Sporting Hackney, Clapton CFC had a rough ride in losing 2-0 away at Pitshanger in the late August sunshine.

The absence of several key players left the Tons lacking the firepower and it began a four-game winless streak in the league.

Since that early season slump, the Tons have strung together some good results and moved into the top half of the table.

Pitshanger have made a very respectable start to the season, currently sitting in 5th place in a division where everyone is capable of beating everyone else.

The Carrots are a long standing member of the league, consistently finishing in the top half of the table in their last four MCFL campaigns.

A strong showing will give Clapton a boost ahead of successive games against the division’s top two teams, Cricklewood Wanderers and London Samurai.

It’s an international break with no top flight club football so it’s the perfect chance to enjoy some non-league football.

When we played Pitshanger earlier on in the season, I felt there wasn’t too much between the sides on the day,

However, they were able to make the breakthrough which was integral to the game. The team that scored first was always going to go on and win the game.

We are at home so we will be on the front foot from the first whistle and look to make it 5 in 5 having an unbeaten record to defend.

It’s Women’s Football Weekend and there will be a stall at the game where we will answer any queries about ways women and girls can get more involved with Clapton CFC, from open training, to coaching, to helping run the club.