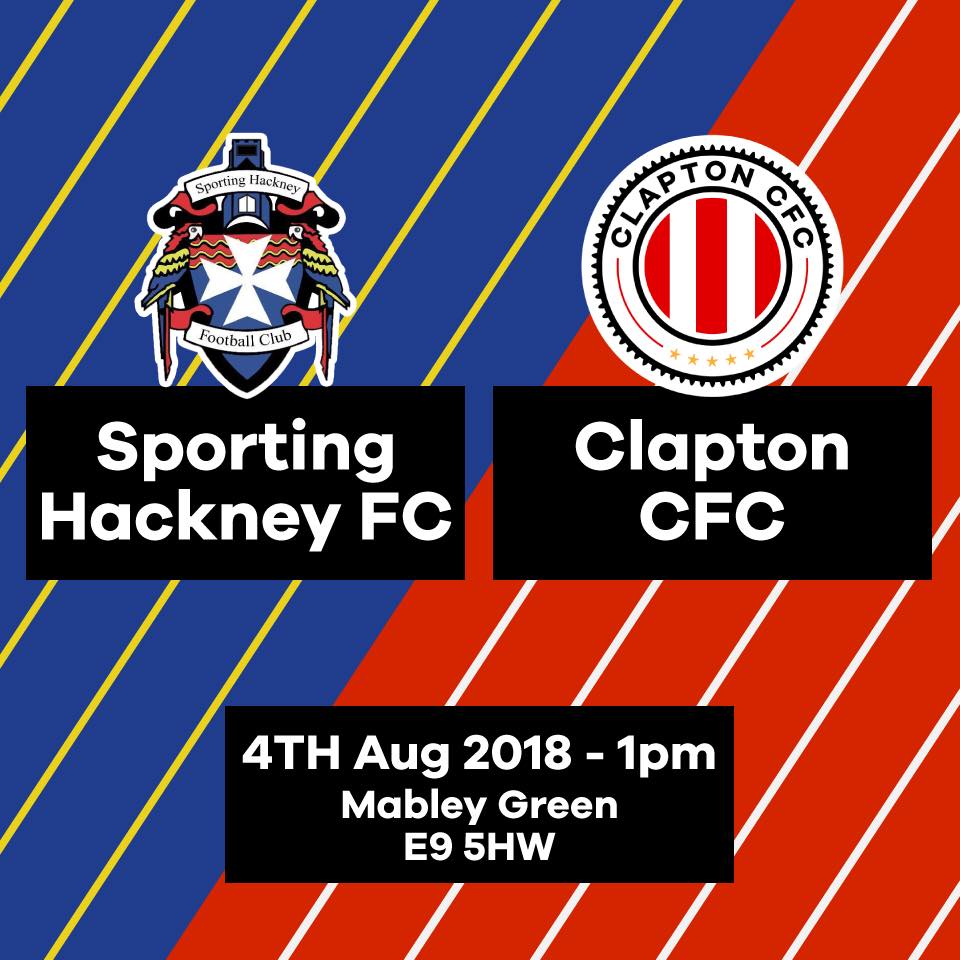 After a gruelling first test by the seaside in week one, Clapton dusted themselves off, stepping up against even tougher opposition last Sunday against West Essex.

In terms of league standing, the ESL side represent our most difficult game of pre-season, sitting three divisions above us in the non-league pyramid.

While the 3-0 result wasn’t ideal, the performance, particularly in the first half, showed a confidence in our players to push and peg back loftier opponents.

This Saturday, The Tons get their first taste of Middlesex Counties Football League opposition in the form of fellow East Londoners, Sporting Hackney.

The Parrots have been a fixture on the famous Hackney Marshes since 1986 and are the highest-ranked football club currently playing in the borough.

Now in the MCFL Premier Division, one step above us and two below last Sunday’s opposition, Sporting’s league placement won’t necessarily mean that they represent a step down in class.

“Just take FC Romania and West Essex who both came from the Middlesex (MCFL). I believe if we were promoted when we won the league (In 2014)… we would have been in the top 5 of the ESL.”

Tons fans might recall Harrington from his spell at the Old Spotted Dog, working with then manager, Mike Walther.

It was he and co-boss Dan Portsmouth that implemented new training drills credited for giving Clapton a competitive edge.

Harrington admitted: “I was surprised when Dan and I came to Clapton how prehistoric and lazy some other ESL teams were on warm-ups.”.

Peter remarked about his current squad, who train twice a week: “We are a young side, with many players under the age if 25… when we played (ESL teams) during pre-season I feel we looked fitter.”

With this being just CCFC’s third game of the summer, player-manager Geoff Ocran believes the match-up with Sporting will represent a good early test.

“It should give us an indicator of the actual standard of the MCFL,” the gaffer told us, “I expect a competitive game.”

Clapton looked dangerous throughout the opening stages against West Essex, particularly along the right hand side, with Joshua Adejokun getting a lot of joy on the wing.

The spine of the Clapton team also looked a lot more balanced last time out; the assuring presence of Andrew Lastic enabled defensive partner, Tom Carding to put in a string of spectacular tackling.

Tons fans will hope that we’ll be able to retain the striking services of Tony Cookey, who, despite missing an early pen, looked ready-made for the lone striking role or as the central piece in a front three.

“The squad for the West Essex game was much closer to the one I had in mind,” Geoff told us. “I think it was clear, especially in the first half, the potential the team has, with still a few to add”.

The games away to Holland and West Essex might have been more about fitness and match sharpness, but Clapton will be hungry for the club’s first goal of this new era.

To be in with a chance of seeing it, join us at Mabley Green in Homerton at 1pm!

Looking forward to welcoming @ClaptonCFC & their dedicated followers to Mabley Green on Sat at 1pm as we look to build on our positive #preseason prep. Admission £2, with proceeds to @mindchwf. Come support your local team and a good cause (and bring sun cream) #Parrots

Sporting Hackney have asked fans and spectators to chip in £2 at the gate. All proceeds will go toward the club’s MIND project, promoting positive mental health through football.

Harrington also hopes fans will join him for a drink after the game, adding “I would like to take this opportunity to congratulate you all and your team on setting up Clapton CFC,

“I am sure you will make a great success of it”

Keep up to date with all Clapton CFC friendlies, league and cup fixtures and results.