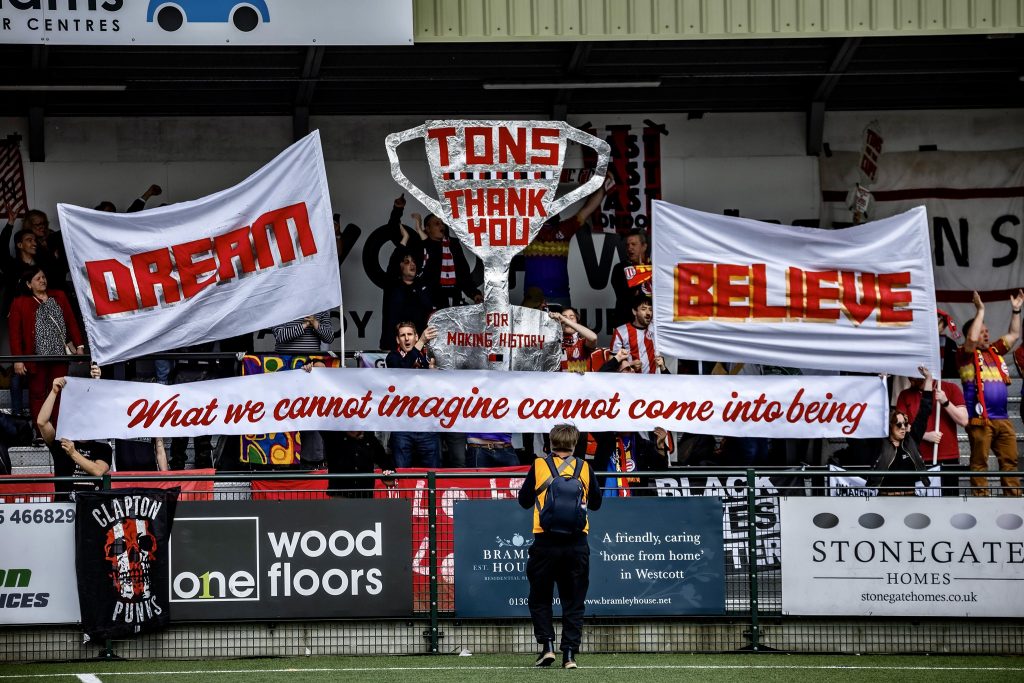 Clapton CFC narrowly missed out on the Capital Women’s Cup but ran higher division Dorking Wanderers all the way.

The final was switched to Dorking Wanderers’ own Meadowbank ground a few days before the game, making the task even more daunting.

But in the first half in particular, CCFC were on top form, with Marta Boiro‘s set-pieces and Emily Link‘s running causing Dorking problems.

The only goal came in controversial circumstances on the 40 minute mark. With Alice Nutman down injured in the box, and Tons players appealing for offside, Polly Adams couldn’t keep hold of shot and Dorking striker Charlie Blunt tucked away from close range.

Clapton CFC kept on pushing for an equaliser in the second half that could have taken the game to penalties.

However, over the course of the game Dorking probably deserved the win, particularly after missing out in the final last year.

Perhaps it was an omen for our chances next year?