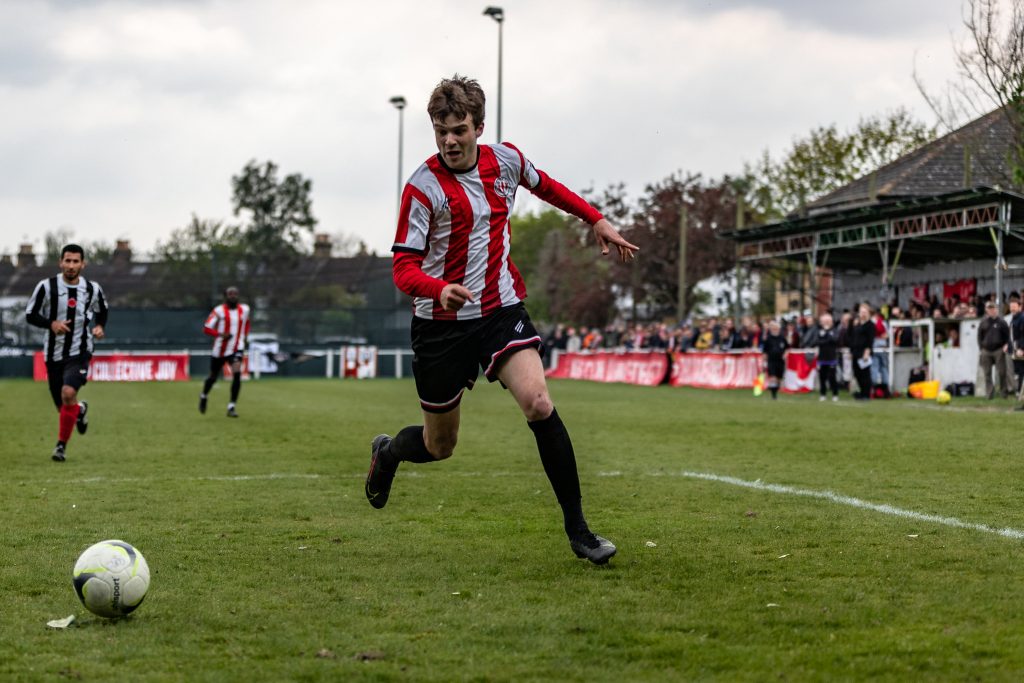 The Clapton CFC men’s first team’s outside chances of winning the Middlesex County Football League title became slimmer still after being held to a home draw by Larkspur Rovers.

For the first 30 minutes or so, it looked like being a straightforward win against the fourth placed Rovers.

The deadlock was broken by Fred Taylor on 16 minutes, keeping his composure to slot into the bottom right corner.

Taylor, Arthur Wright and Jake Stevens could all have stretched the lead in a dominant opening spell.

But slowly and surely Larkspur got a toehold in the game with Jack Francis performing his usual heroics to keep our lead.

The Tons needed to seize the initiative in the second half, but just couldn’t impose themselves, and Larkspur enjoyed the lion’s share of chances.

Just as it looked like we would grind out a 1-0 win, on 84 minutes Chris Housego grabbed the equaliser for the visitors.

A draw was a fair result but the home side looked gutted at the end having not seen out the game.