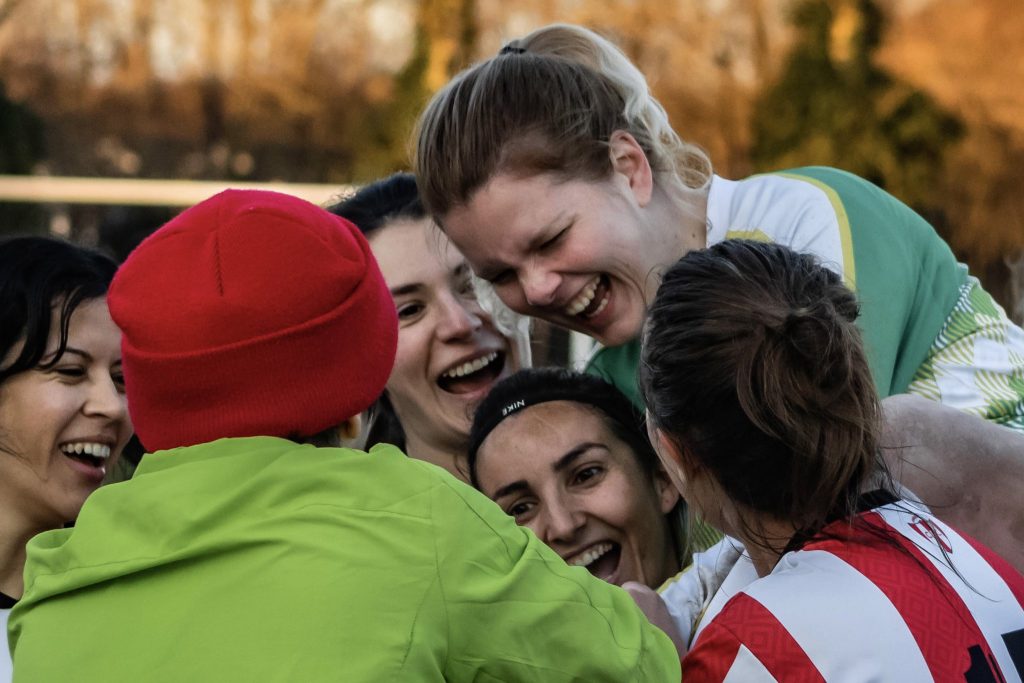 The women’s first team started 2022 with a thumping home cup win but it was a tougher challenge than the final score suggests.

Two absentees from that game, Emily Link and Lucy Spours, returned and indeed ended up on the score sheet.

The Tons started slowly on a muddy, but thankfully playable, Stray Dog pitch.

And Regents Park Rangers scored a breakaway goal midway in the first half through a tidy close-range finish from Abi Sabin.

And they kept their noses in front until the 51st minute, when Link scored her 20th goal of the season from the penalty spot.

Soon after, a triple attacking substitution for CCFC freshened things up against a tiring Rangers who only had a bare 11 players themselves.

The game was quickly wrapped up as those subs scored the next three goals, with Ciara Robinson scoring twice and Ana Holmes her first since returning to the club from Australia.

The best goal was saved for last, however, with Spours striking a sweet shot from 25 yards over the keeper.

A change in goals for the last 15 minutes saw Polly Adams make way for Sophia Axelsson, playing her final Sunday game before moving to AFC Wimbledon as general manager.

Full credit to Claudio Gomes and his team for patiently pressing until they secured a breakthrough and then ruthlessly wrapping up the game.