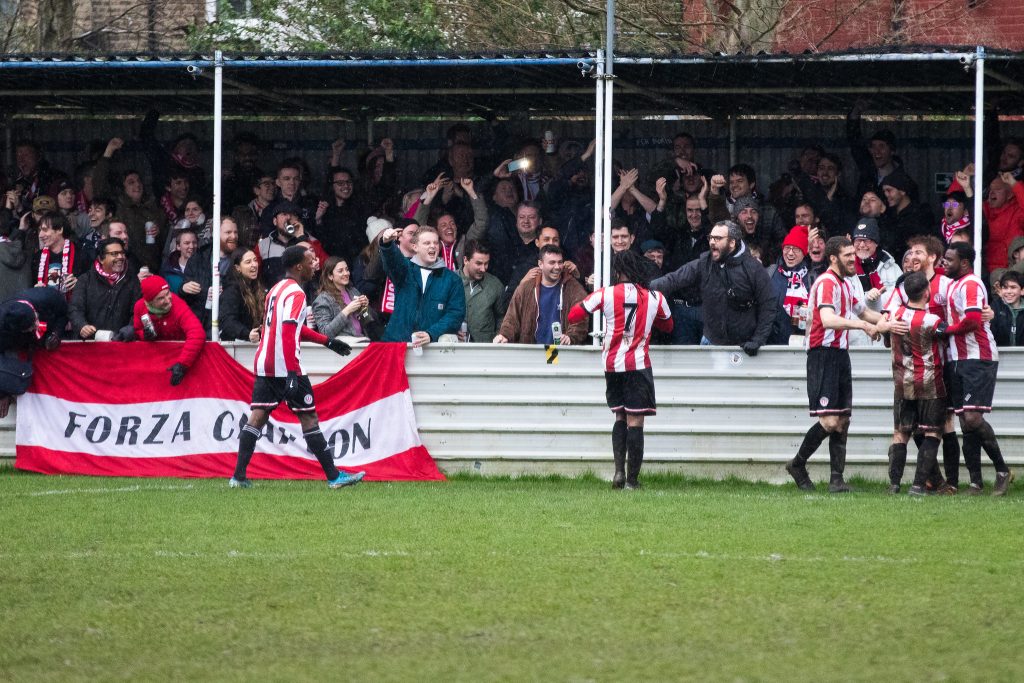 It’s the first of three cup quarter-finals at the Stray Dog in Walthamstow on Saturday for the men’s first team as the season hots up.

The Larks are well poised in the Middlesex County Football League Premier, just below us but they could go top with games in hand.

However, Clapton CFC have edged all three meetings between the teams so far, with two 2-1 away wins and a 2-0 at home.

The Tons reached this stage of the Alec Smith Premier Cup, which is the league cup, with a 5-2 win away at Sporting Hackney, while Larkspur were given a bye.

The winners of this tie will host CB Hounslow United Res or Cricklewood Wanderers in the semi-final on February 26. The final will then take place on April 30 at Uxbridge FC – a Saturday night match.

Larkspur Rovers were formed in 1950, joined the Middlesex County Football League in 2013/4, and have enjoyed three rapid promotions since then.

They have now been in the MCFL Premier now for four seasons but only completed one due to Covid-19.

They offer football for boys, girls, men and women from four-year-olds to vets based at their new £1million complex at Lord Halsbury Memorial Playing Fields in Northolt.

Brighton & Hove Albion and England under 21 player Tariq Lamptey started out at Larkspur in their youth team, before signing for Chelsea and then the Seagulls.

After this cup game, we will face Manford Way in the BBC Essex Premier Cup the following Saturday and then NW London away in the Anagram Records Trophy next month.

A good run in the league could put us back in title contention despite recent poor form, meaning we are still in the running in four competitions.

Clapton CFC vs Larkspur Rovers is on Saturday, January 22 2021 at 1.30pm at the Stray Dog, Wadham Lodge, Kitchener Road, Walthamstow.

We have a good working relationship with MDC, who have played an invaluable role in helping us establish the club.
They have said that a failure to observe these rules will lead to sanctions that would be damaging for the club, including but not limited to requiring us to play behind closed doors.