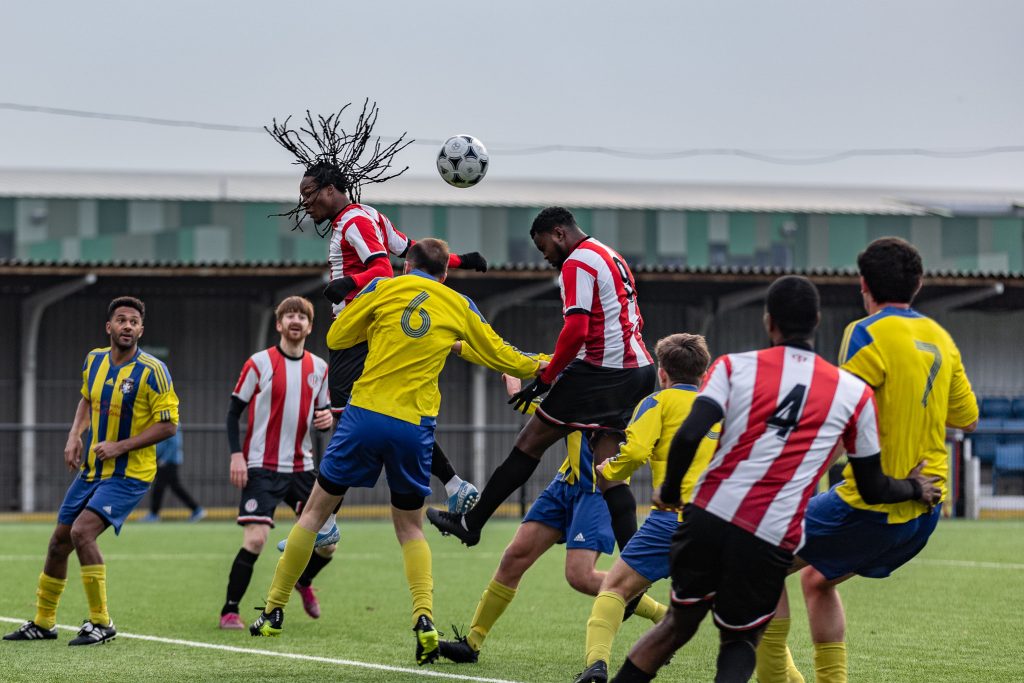 After a welcome cup win the previous weekend, the Tons returned to league action in need of a win against familiar opposition.

This was the seventh time Clapton Community and Sporting Hackney had met, with Sporting only coming out on top once before.

The last meeting was at the same venue, Sporting’s new home at Barking FC’s Mayesbrook Park in October in the Alec Smith Cup, with the Tons winning 5-2.

Games between these two sides always guarantee goals, and it was CCFC who struck first.

Julian Austin setting up Sherwin Stanley to blast home and put the Tons ahead.

This only seemed to spur Sporting into action however, as they piled on the pressure. Jack Francis was his usual excellent self, repelling everything Hackney threw at him.

The heroics of Francis could only last so long however, as Sporting finally got the goal they in truth deserved, scoring from close range.

Jake Stevens and Joshua Adejokun both had glorious chances to put Clapton back in front but blazed over, and the Tons went into half time level.

The second half started with Sporting carrying on where they left off. They went ahead when a ball played in behind the Clapton defence was squared for an easy finish. Worse was to follow as a free header at corner put Sporting 3-1 up.

This seemed to spur the Tons into action, with Stanley going close again, before a James Briggs corner was deflected goalwards by a Sporting defender.

Before the liner had to make a call whether it had gone over the line or not, Stanley was there again to make sure.

Sadly it was too little too late. A disappointing defeat for the Tons, who desperately need a league win soon to get their title challenge back on track.