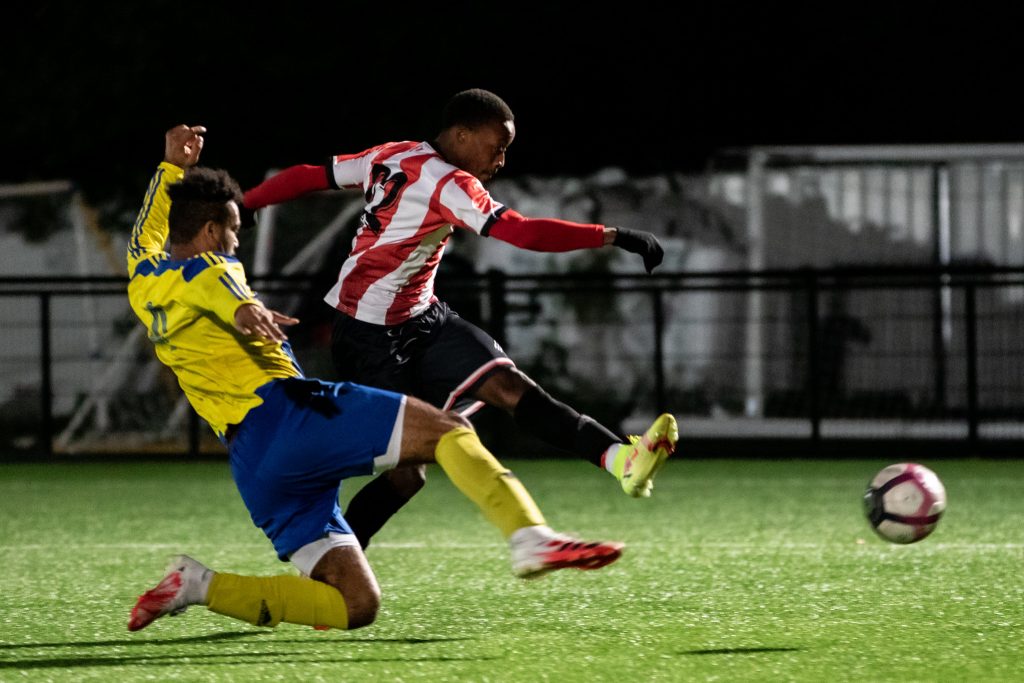 A second half blitz saw the Clapton CFC men’s first team safely through in the Alec Smith Premier Cup away at local rivals Sporting Hackney.

Under the Friday night lights at Barking FC’s Mayesbrook Park in front of a crowd of 150, it was the home side who dominated the first half.

Both sides hit the crossbar, the Tons’ effort from striker Noah Adejokun who was later to limp off and go to hospital with a knee injury.

After a goalless first half, the game sprung into life in the 65th minute with Lewis Owiredu smashing home the opener after a great ball from fellow sub Cemal Agdelen.

That sparked an end-to-end battle with the Parrots equalising within a minute through Luis Emmanuel, only for striker Fred Taylor to put the Tons ahead again on 69 minutes with his fourth goal in successive games.

Owiredu stretched the visitors lead with another fierce shot on 75 minutes, and Arthur Wright looked to have sealed it in the 79th minute to make it 4-1.

However, Sporting Hackney narrowed the lead with five minutes to go through Emmanuel again and pushed for a grandstand finish.

It was CCFC however who were to score late on, with Wright scoring with a kung fu-style volley from a corner.

That makes it seven wins in a row in all competitions for Clapton CFC. They play Larkspur Rovers in the quarter final of this competition, which is the league cup for Middlesex County Football League teams.