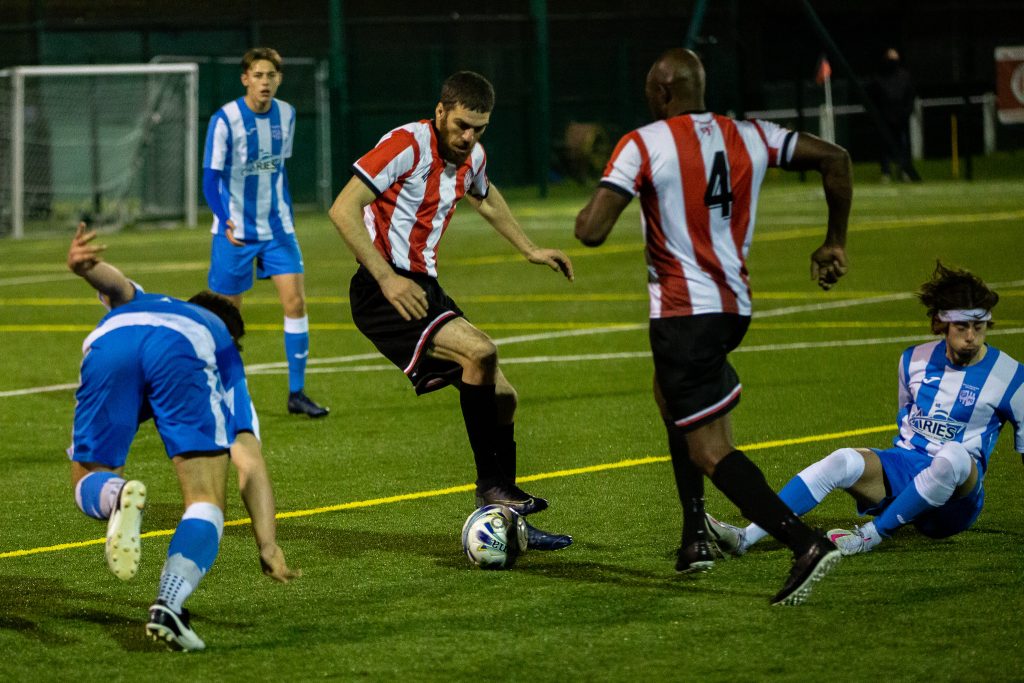 After two byes, Clapton CFC men’s first team are due to finally kickstart their BBC Essex Premier Cup campaign away at Leigh Town on November 20.

The Tons received a bye for the first round while in the second round opponents Wakebury withdrew from the competition as they were unable to raise a team.

Our Step 8 hosts (one level below CCFC) play in the Essex Olympian League Division 1, in the village of Hadleigh, between Leigh-on-Sea and Benfleet.

However, for this game they have switched the venue to the Len Forge Centre in Southend, with a 5.15pm kick off. It has stands and a bar so should be much more suitable for a crowd.

Leigh Town have the claim to fame of being the oldest football club in Essex, formed in 1865, and were the first winners of the Junior County Cup, which was in the 1890s.

They later disbanded but reformed in 1950 and spent decades in the Southend Borough Combination League before joining the EOFL four seasons ago.

They have since been promoted twice after finishing sixth and third and now sit in third once again.

The winners will be at home to either Leigh Ramblers (EOFL, Step 7) or Brentwood Town Reserves (Essex Senior League Reserves Division) in the fourth round.

Last season we beat Hullbridge Sports U23 3-0 in this competition in December 2020, our last game before the return of Covid-19 lockdown. The competition was then abandoned before the away tie to Billericay Town U23s in the next round.

In our first two seasons, we went out at the first hurdle. Firstly, a 5-4 defeat in a terrific match at home to Hutton, then a defeat at Runwell Sports.

That one proved controversial as the Tons won but the game was ordered to be replayed as the ref had allowed roll-on roll-off subs, against competition rules.

There will be a result on the day with extra time and potentially penalties if level at full-time.

The bar will be open and entrance is free.

The ground is a little out of the city centre but you can hop in a taxi from Southend or Leigh-on-Sea stations in about 10 minutes, or on a bus in about 20 minutes.

The quickest route from London is a train to Rayleigh, then a bus to the Eastwoodbury Lane at the ground, overall just over an hour from Stratford.

If you want to walk, it’s probably quickest to get a train to Southend Airport then a 35 minute walk from there.