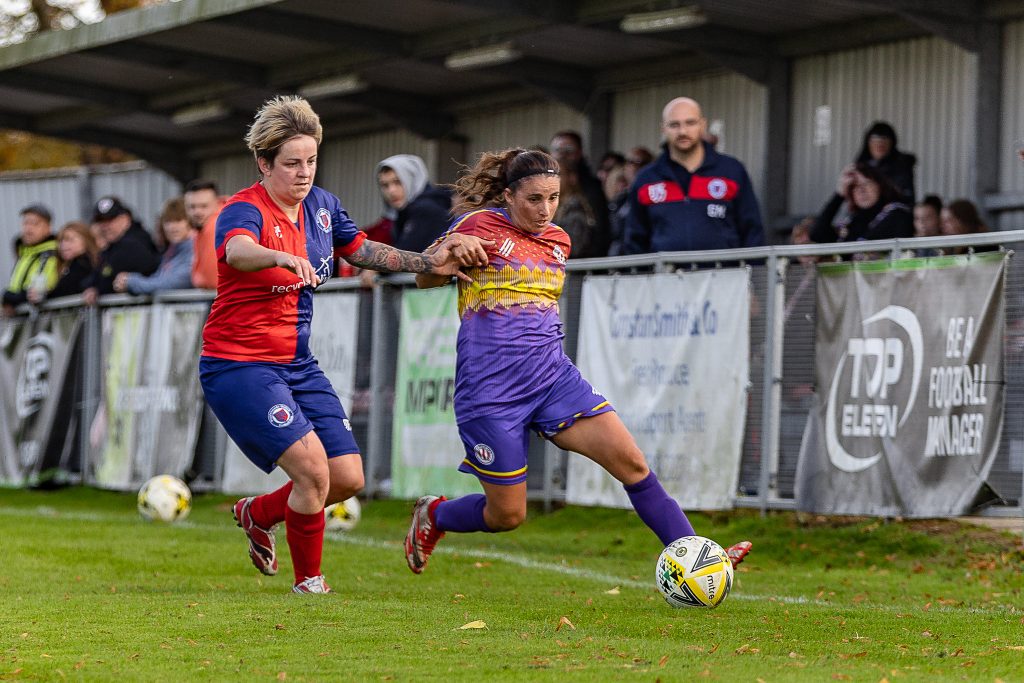 It was another magical occasion with 150 to 200 away fans making the trip up to Biggleswade United to see the Tons win it with second half goals from Emily Link and Marta Boiro.

After the last cupset, however, the team understandably struggled to replicate the same intensity in the next league game and could only scramble a draw at home against Headstone Manor.

The Greater London Women’s Football League Premier Division table is incredibly tight, and Edgware Town are one of five clubs separated by a point just below us.

Having been promoted alongside Headstone, Bromley, Sutton United U23 and Walton Casuals Reserves, Edgware have adjusted well to the next level up.

This isn’t our first meeting with Edgware. In March 2020 we played them in the friendly at Chobham Academy, winning 2-1, just before Coronavirus lockdown.

Entry is free but donations for the home team would be very welcome.

It’s a great stadium, also home to the Edgware Town men’s team as well as Isthmian League side Hendon. There’s plenty of seats and covered terraces too.

The clubhouse will be open and food and refreshments will be on sale, with cards and cash accepted.

The nearest station is Hendon (National Rail, Zone 2/3), which is about 20 minutes walk away, after a short 15 minute train journey from St Pancras. Alternatively Kingsbury (Jubilee Line, Zone 4) is about a 25 minute walk.

They also have a large car park.