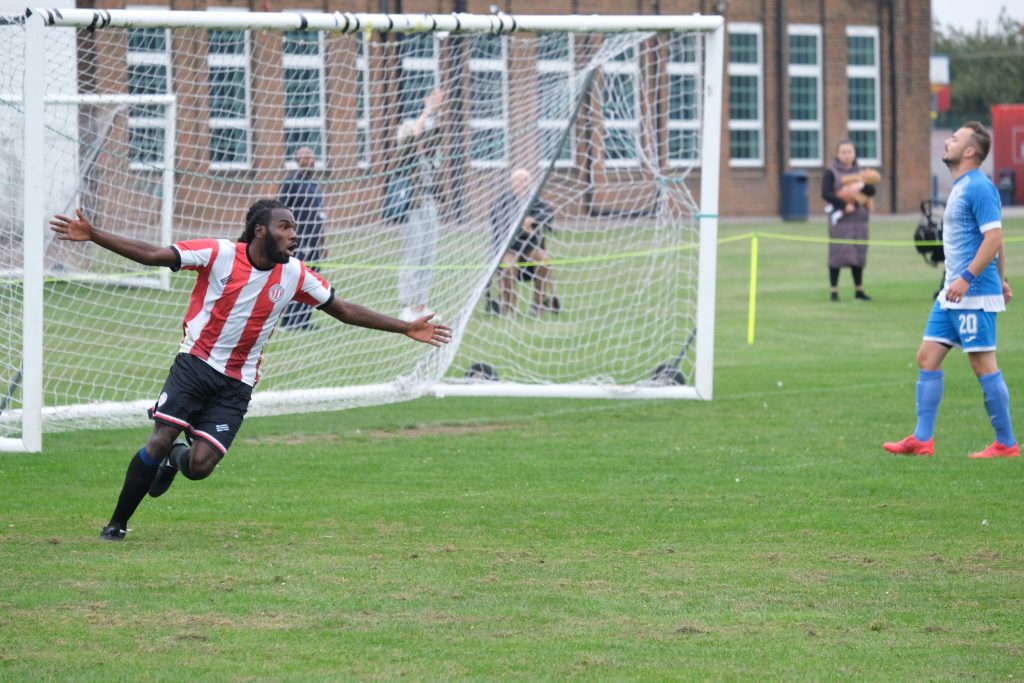 The Clapton CFC men’s first team notched up a third win in a row and their most solid defensive performance of the season so far.

After 13 goals scored and 12 conceded from the first 3 games, this was a pleasingly low-scoring clash against Romanian heritage side AVA, who are associated with Gheorghe Hagi’s academy.

Newly promoted AVA came into the game boasting an unbelievable record of 20 wins, 3 defeats and 0 draws in their short period since forming.

Their home is in North West London at Kingsbury High School, with a football pitch and cricket field side by side, both in use during this game.

The Tons attacked from the off, and AVA just couldn’t handle the pace and trickery of our attackers.

On 5 minutes, Noah Adejokun beat two or three defenders, and fired a fierce shot past the keeper. 1-0.

On 12 minutes, Arthur Wright beat two or three defenders, and fired a fierce shot past the keeper. 2-0.

There were more slaloms than the Winter Olympics, but AVA changed tactics and managed to snuff out this same threat.

Aaron Yfeko hit a snapshot over the bar from a corner, but down the other end, AVA went closer still, hitting the post from a corner.

Within 10 minutes of the second half, AVA had pulled one back. A defensive mix-up saw their striker react quickest to toe-poke past keeper Jack Francis. Game on.

The home side enjoyed the lion’s share of possession with 35 minutes left to search of an equaliser. But despite camping out in our half, the Tons defence held firm and the second goal never came.

A fine, battling three points on the road ahead of another two tricky away days – at top of the table Cricklewood Wanderers and first, fourth-placed Larkspur Rovers.