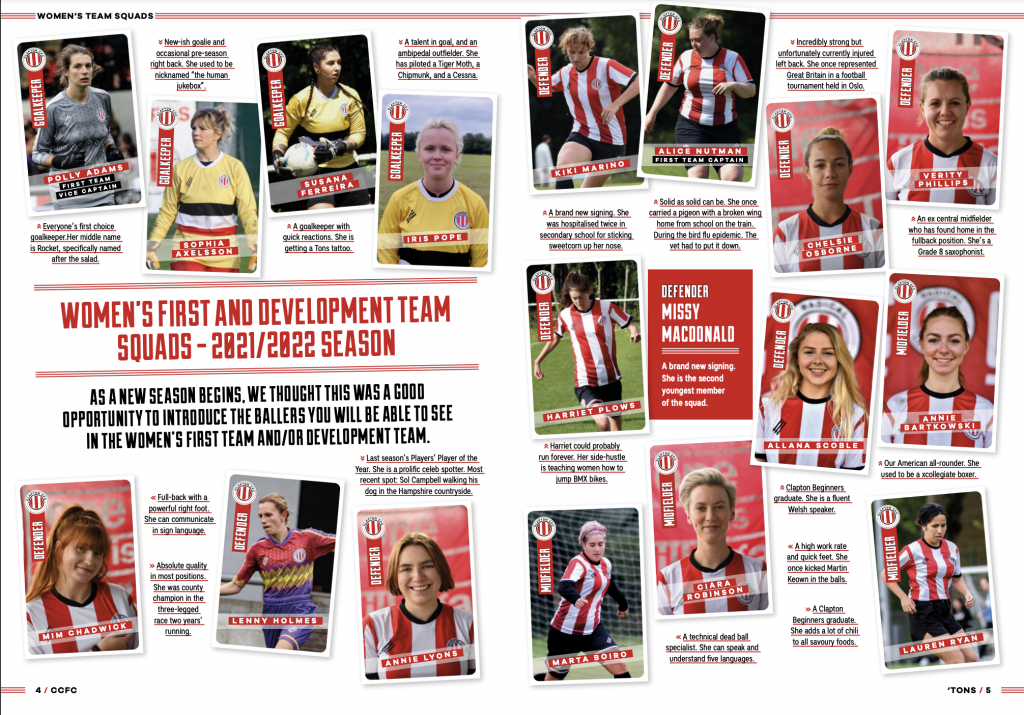 Seven new players have joined the women’s first team and beginners’ team squads in total ahead of the season kicking off this weekend.

Among them are Lauren Crawford and Marta Casanovas, both signed from Dulwich Hamlet Reserves, plus Trenna Sharpe from Portland in the United States.

Excitingly, four players from our Clapton Beginners XI and 5s teams have also moved on up to our first team and development squads.

We put together this feature on all the members of both squads in the programme for the women’s first team home game against Sutton United U23. Now you can read it online below too.

Find out who is descended from Vlad the Impaler, who was pushed down a hill in a fridge and who is a three-legged race champion.