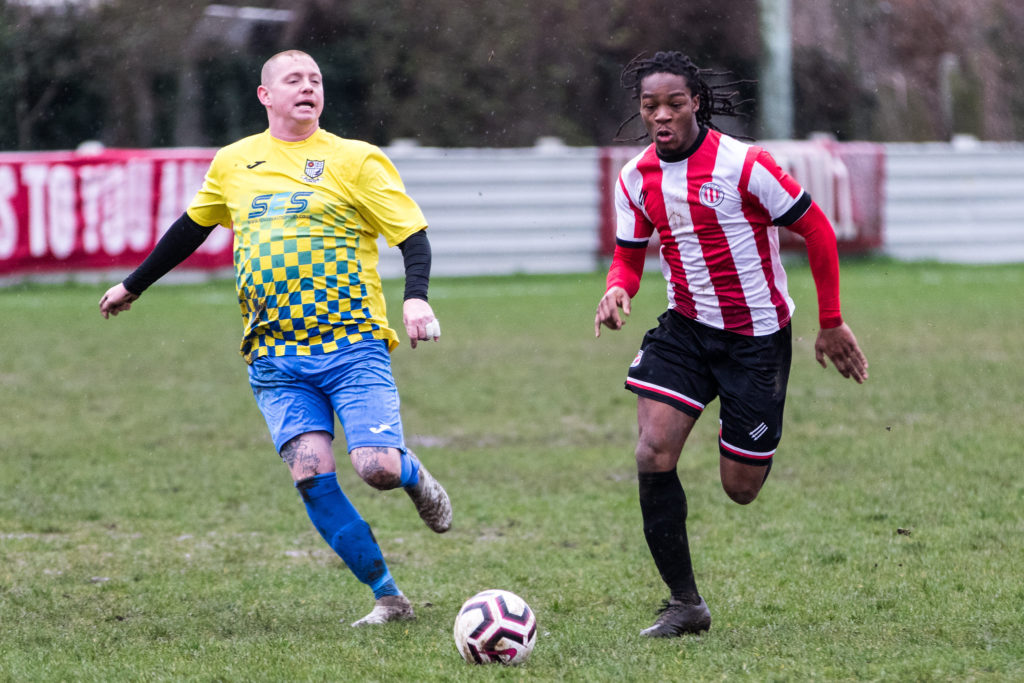 After last week’s frustrating postponement, the Clapton CFC men’s team head to Larkspur Rovers this weekend in search of a win to kickstart the season.

Manager Geoff Ocran had wanted a quick reaction to the opening day defeat to Indian Gymkhana, but the pitch for the Cricklewood Wanderers game was waterlogged.

So instead it’s all eyes on our first trip to Lord Halsbury Playing Fields in Northolt, having missed out last season due to the pandemic.

The home meeting between the two teams at a muddy Wadham Lodge Stadium in February 2020 saw the Tons win 2-0 thanks to two goals from Julian Austin.

Meanwhile Larkspur, in fifth, had two games in hand over the fourth-placed Tons when the season was abruptly ended. In other words, two very well-matched sides.

Larkspur Rovers were formed in 1950, joined the Middlesex County Football League in 2013/4, and enjoyed three rapid promotions since then.

This will be Larkspur’s third season in the MCFL Premier, with last season’s fifth place proving to be a remarkable turnaround after finishing third bottom the season before.

The Larks offer football for boys, girls, men and women from four-year-olds to vets based at their new £1million 3G complex.

However, the first team play on a grass pitch on the playing fields, which means a nice open field for spectators to socially distance.

Spectators are allowed, just turn up, but must maintain social distancing at all times. Masks must be worn at all times when inside and within the green fenced areas.

Toilets will be available inside and there is also a bar which will serve takeaways only.

The ground is about a ten minute walk from Northolt Station on the Central Line.

Full directions from the home side for the tricky final bit: “Upon turning between the BP garage and the Post Office, follow Eastcote Lane down past the park on the left and over the staggered crossroad. Turn left onto Priors Farm Lane and continue over the mini roundabout, past the school on the left and you will see a Welcome To Larkspur Rovers sign on the yellow height restriction. Continue along to the single track lane and you will enter the car park and ground.”