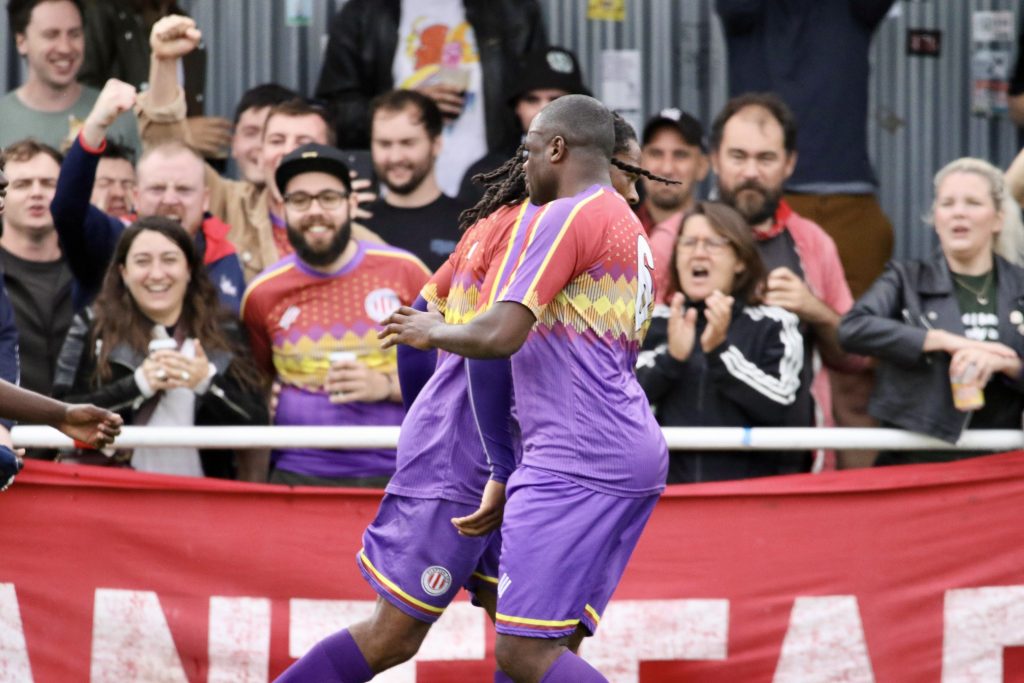 After three home games on the bounce – two wins, one defeat, and a whopping 25 goals at either end – the Clapton CFC men’s first team hit the road for the first time this season on September 4.

Our first away opponents are AVA, a newly promoted Romanian heritage side formed in 2016 as a youth football club by former footballer Adrian Avasâlcăi.

In 2019 they signed a partnership with the Gheorghe Hagi Football Academy, the first ever international partnership for the legendary former Romanian player.

AVA Football Academy has also developed strong links with Chelsea and has provided several young players for trials there and other places, such as Watford.

AVA also added an adult men’s team in 2019 and in the two Covid-19 affected seasons since, they have notched up a whopping 15 wins and just 2 defeats.

Unsurprisingly, the Middlesex County Football League decided to lift them up from Division One to the Premier Division to fill vacancies.

So far this season, AVA have only played one game, a 1-0 loss away to Brentham, which is no disgrace against a team that has topped the MCFL Premier Division table in the last two seasons..

Right winger Ionut Ciochina looks to be one to watch, scoring 19 goals in those 15 games across their two seasons so far.

For the Tons, they’ll be looking to build some momentum after two narrow, high-scoring home wins. Even at this early stage, no team has a 100% record intact and it seems like everyone can beat anyone else on their day.

The nearest stations are Kingsbury (10 mins walk) and Queensbury (15 mins), both in Zone 4 on the Jubilee Line. There is also car parking at the venue.

There is no bar or tea bar etc, so bring your own refreshments and cheer on the team.