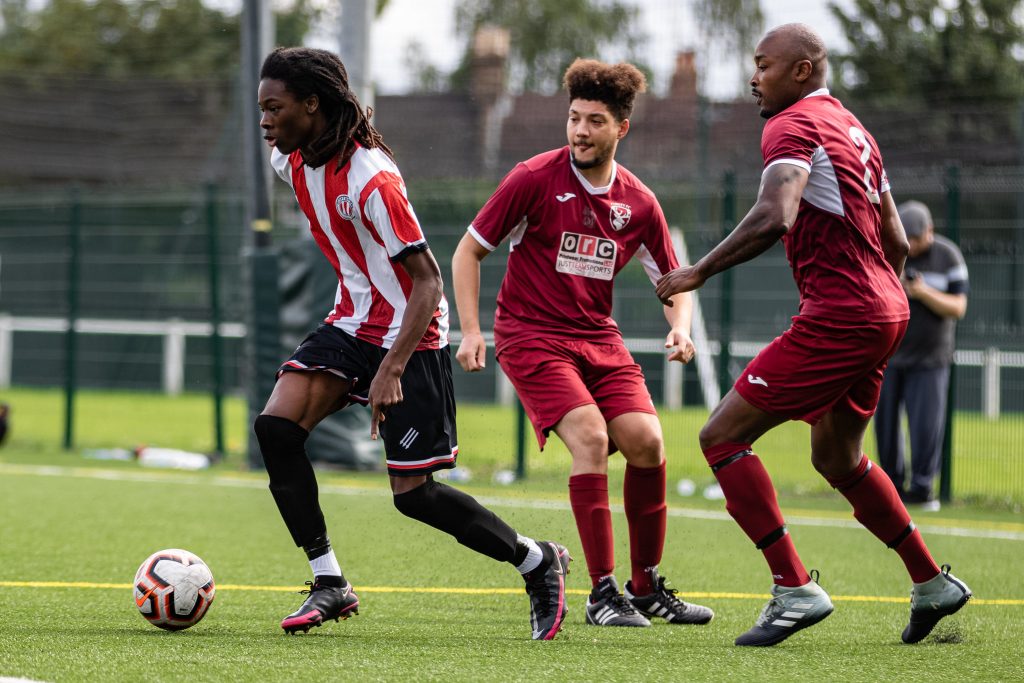 Clapton CFC men’s first team set themselves up for the trip to FC United of Manchester and the start of the league season with a clinical performance.

Cuffley of the Herts Senior League – the same level as the Tons – thankfully stepped in at short notice to replace DTFC for our final East London friendly of pre-season.

CCFC player-manager Geoff Ocran selected many who have played consistently throughout the pre-season, meaning some big players are still to return, with a couple of trialists on the bench.

There was little in the first half to suggest the total goal fest to follow, though the Tons edged it to lead 2-1 at the break.

Aaron Yfeko scored the opener – on the rebound after Arthur Wright‘s shot was saved – but the visitors replied within a minute.

Before half-time Wright, revelling in a more central position, finally grabbed his first goal for CCFC after another powerful run into the box.

In the second half, the Tons stepped it up and in truth the visitors were overwhelmed at times.

Sub Charlie Fagan bagged a quickfire couple of goals, his first for nearly three years since the Wanderers friendly in August 2018.

The first strike was the pick of the eleven goals, from distance, while his second was a glancing header from a corner.

The sub trialist – who will be a familiar face to many Tons fans – almost outshined him with a better strike but his 25 yard shot clanked against the crossbar and out.

However, the star of game was undoubtedly Noah Adejokun, with four goals in the second half, a range of strikes. A big win to lift the spirits ahead of a big opening period of the season.