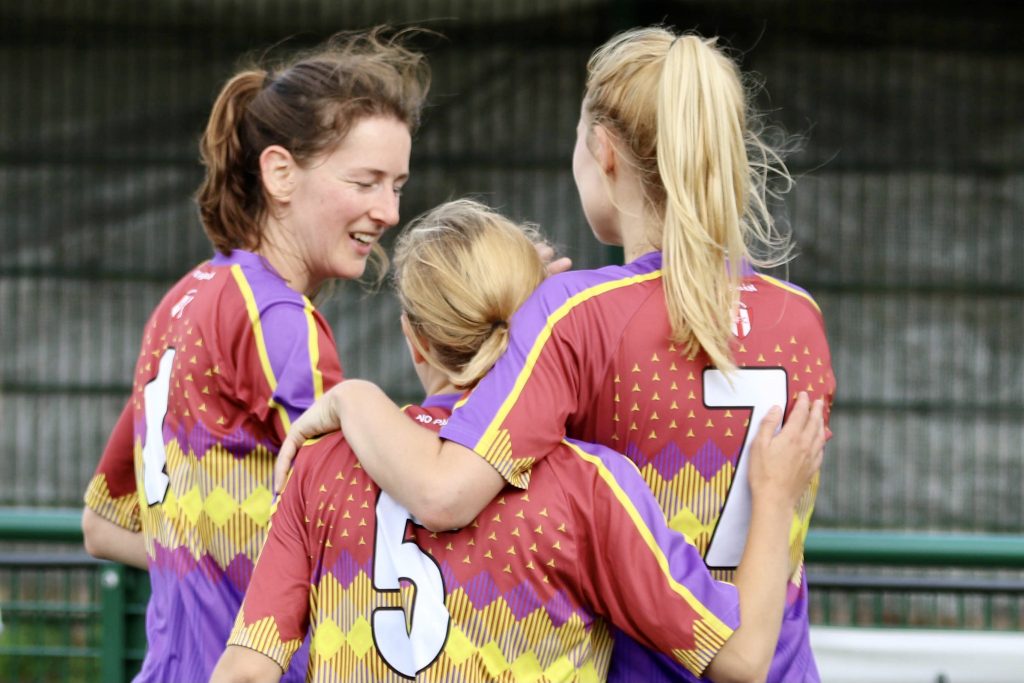 The Clapton CFC women’s first team will be more than satisfied with a good performance against newly promoted Brentford in their first friendly.

With only 11 players and no subs able to make the trip way out west to Bedfont Sports, back-up keeper Sophia Axelsson slotted in at right-back while Lauren Crawford made her debut up front.

In a first half of few chances, Maria Mendonca and Lucy Spours went closest for the Tons, though neither keeper was too busy.

Brentford enjoyed the bulk of the play in the second half, but CCFC defence and keeper Polly Adams seemed to have weathered the storm and looked sharp on the break.

Frustratingly, the offside flag repeatedly ended many of the breakways, while Emily Link had a tricky one-on-one smothered by the Brentford goalkeeper

Finally the deadlock was broken a few minutes before the end, with a Brentford attacker looping the ball first time over Adams. A superb strike, although unclear if it was completely deliberate.

The Tons pressed for an equaliser and forced a flurry of corners and some penalty box panic but time was up.

Nevertheless, a narrow defeat on the road against old rivals now higher in the pyramid is a solid start to build from. Next up, FC United of Manchester.