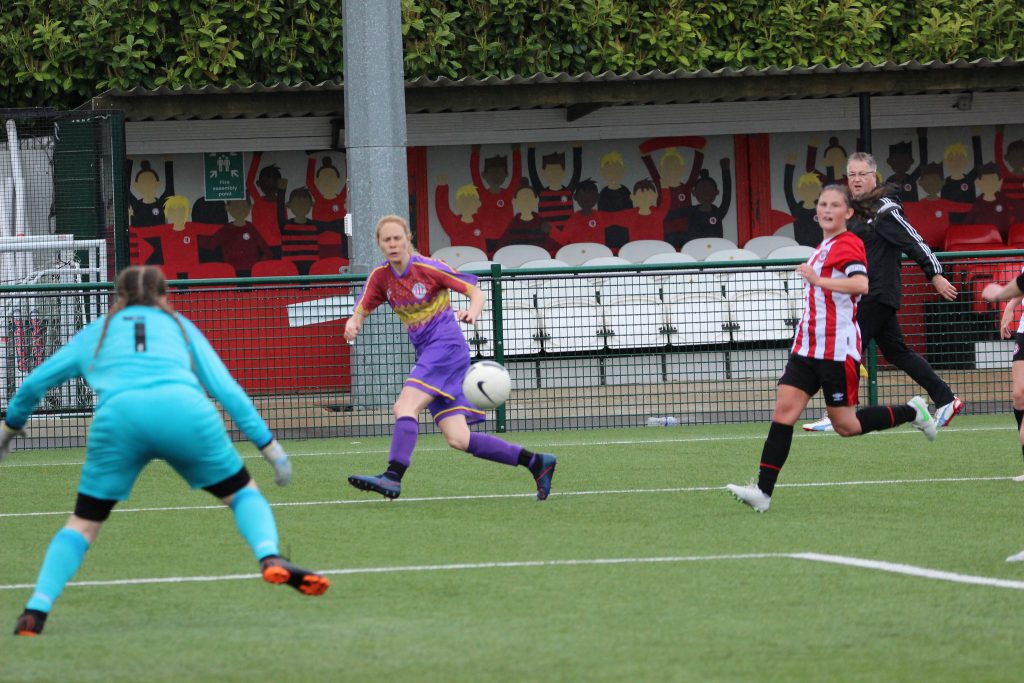 But they’re now back in action with a tough trip away to newly-promoted Brentford Women on Sunday, August 1 as they gear up for the September 5 league start.

It was honours even last season, firstly beating the Bees 3-1 on a muddy Stray Dog pitch in front of 125 spectators, thanks to goals from Emily Link, Caps Riom and Annie Lyons.

Then on the final day of the season Brentford won 2-0 behind closed doors, a result which meant they snatched second place in the league from CCFC.

The Bees were promoted, like their male counterparts, so in the absence of a league clash, a friendly will be a very good test.

Spectators are welcome, just turn up, but alas no dogs allowed. The bar will be open.

Some fans may have already visited here as it was the venue when the men’s first team played Deportivo Galicia Reserves in the Jim Rogers Presidents Cup.

Bedfont Sports is located just past Bedfont & Feltham FC – it’s easy to get them mixed up.