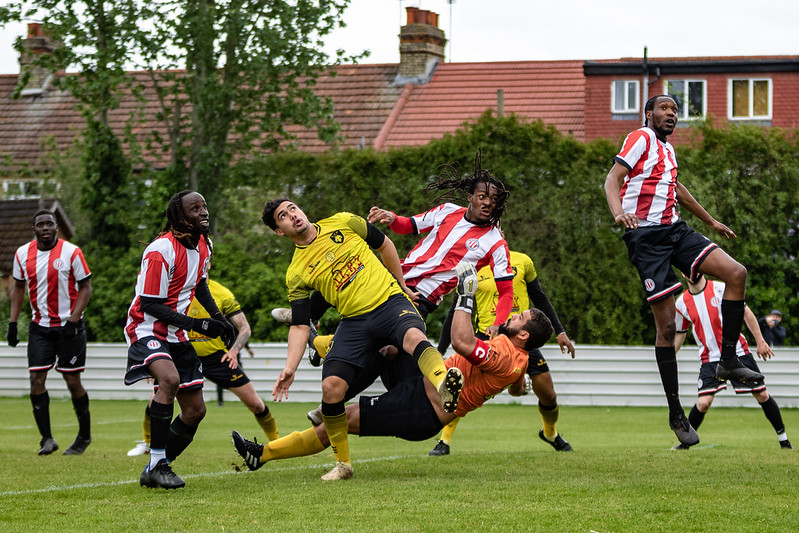 The draft constitution for the Middlesex County Football League Premier Division has been published and the men’s first team know who they will be facing in 2021/2022.

Having run with 14 clubs last season, and with Hilltop and London Samurai promoted to Step 6 football, the division is now back up to 16 with the addition of four teams from Division One.

From Division One Central & East, FC Soma are promoted having been top in last season’s aborted campaign, along with our old friends Wilberforce Wanderers, who were fourth and had been second the year before.

From Division One North & West, AEK London in seventh are promoted having won the post-season Middlesex Super 6 League. They are joined by AVA, who were runaway leaders with 12 wins out of 12 in 2019/20, and then well placed with 3 wins from 4 last season.

It’s not clear where any of the new teams will play yet, but we do know that Sporting Hackney are on the move to Barking FC’s Mayesbrook Park.

Across the MCFL as a whole, there are a host of new clubs entering lower down, enough for a whole new division.

The men’s first team season is due to start on August 14, with first fixtures expected to be released in the next couple of weeks.