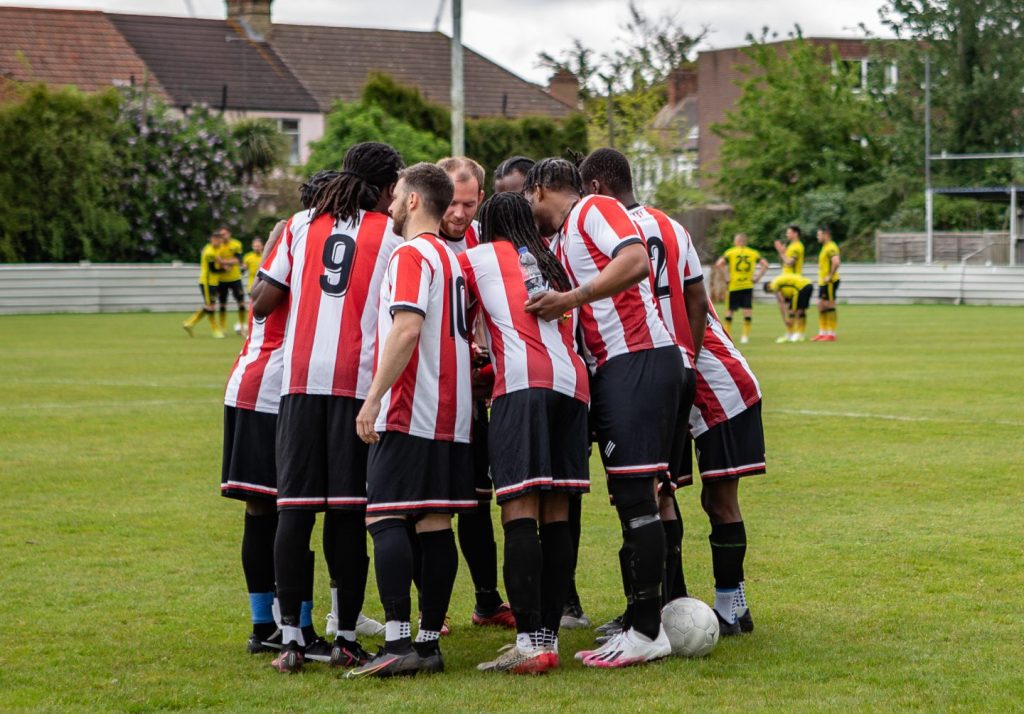 The FA have confirmed that the Clapton CFC men’s first team are staying put in the Middlesex County Football League Premier (Step 7) for next season.

A proposed list of clubs being moved across Step 3 to Step 6 in the non-league men’s football pyramid to fill vacancies was released this afternoon, and the Tons don’t appear on it.

This news was to be expected as, despite the huge amounts of hard graft and money already put into reviving the Old Spotted Dog Ground, it does not yet satisfy the ground grading for a step up. We still need to build new dressing rooms and install pitchside fencing over the summer, at a six-figure cost, for instance.

Many players and members feel the prospect of winning promotion on the pitch is more exciting than an administrative promotion, while others may have wanted to move up the pyramid in whatever manner.

However, that issue is now settled and player-manager Geoff Ocran and his squad can prepare for another crack at the MCFL Premier title and then promotion.

Two of our keenest rivals in the league have been offered promotion, namely Hilltop FC and London Samurai Rovers, who both are due to join the Combined Counties League Division One. Congratulations to both!