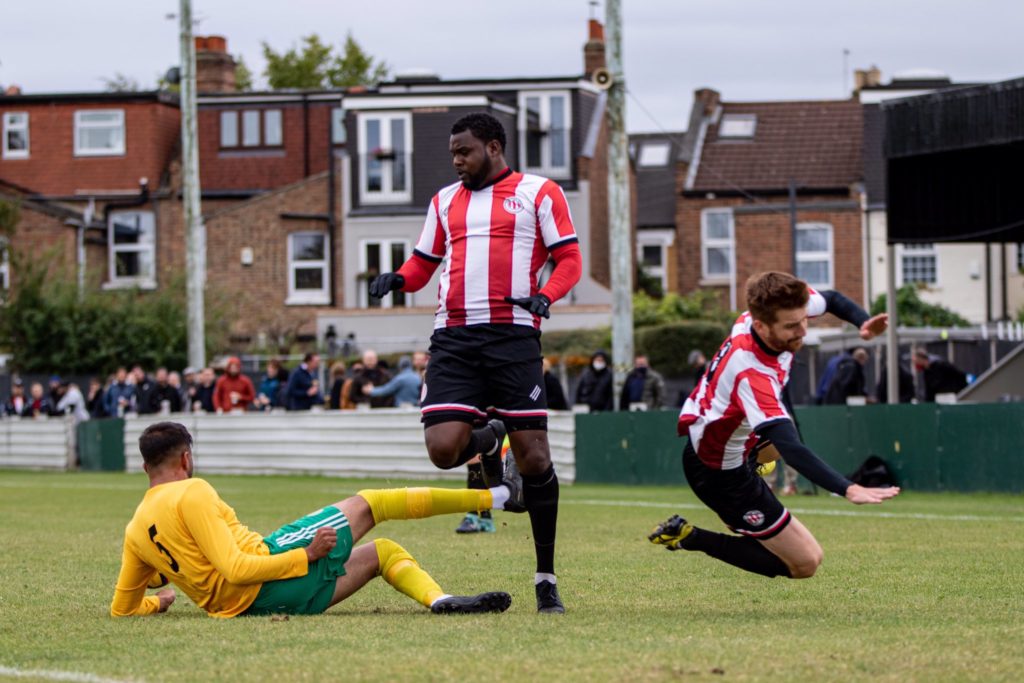 The Clapton CFC men’s team slumped to a surprise opening day defeat, losing for the first time at the Wadham Lodge Stadium in the league.

Player-manager Geoff Ocran was able to pick a strong looking line-up, including competitive debuts for defender Tafari Nicholas and midfielder Nick Muir, plus Reece Bartholomew from the bench.

But in truth the Tons looked rusty, perhaps due to it being 196 days since their last competitive game.

They were particularly below par in a sluggish first half showing and Indian Gymkhana got their noses in front on 15 minutes.

A free kick was blocked, but from the rebound a visitor shot from the edge of the box into the corner, leaving Jack Francis with no chance. A terrific strike.

A half-time lead was nothing less than Indian Gymkhana deserved, with Clapton struggling to find any rhythm. But with the wind in our favour in the second half, the Tons finally stepped up a gear.

When Sherwin Stanley turned a cross against the post on the hour mark, then minutes later Julian Austin smashed a free-kick against the bar, you could sense it might not be our day.

In truth the away side barely crossed the halfway line in the second half, but their heroic deep defending frustrated the Tons, along with our own wayward final balls.

Clapton CFC kept plugging away, and there were penalty shouts, goalmouth scrambles and crosses agonisingly out of reach right to the end, but they just couldn’t break the hard-working visitors down.

The reduced capacity crowd of 300 could only applaud the winners and hope that the losers bounce back stronger.