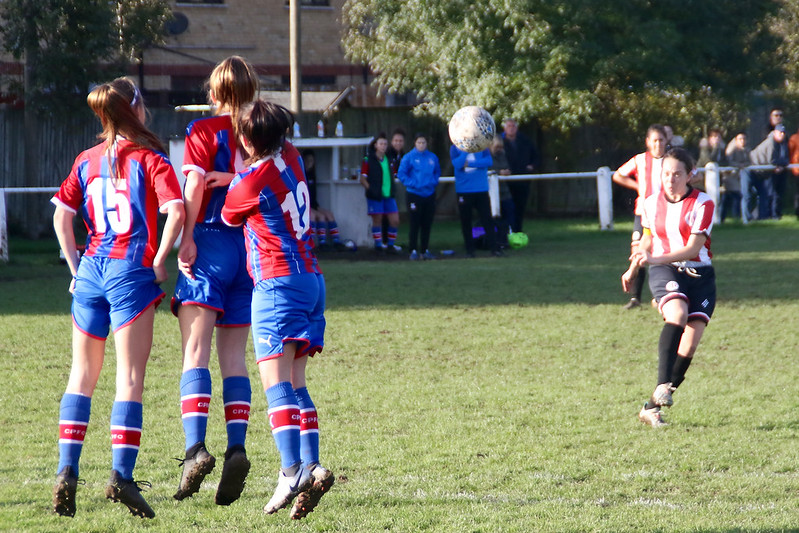 For the women’s first team’s first home league game of the season it’s a pleasure to host Crystal Palace, a major presence in the women’s game since their formation in 1992.

There’s a strong historic link as Clapton FC actually had a superb women’s team in the mid to late 1990s, which had formerly been the Crystal Palace reserve side.

So CCFC are taking on what is essentially Crystal Palace’s third team, who were in third place in the Greater London Women’s Football League table last season when football abruptly ended.

With games in hand, and the best defensive record in the league, the young Eagles (eaglets according to Google) had looked on course to finish second. That would have meant a second successive promotion. But then the season was deemed null and void.

The only time these two teams met, 85 fans watched the Tons go down to an impressive Palace side 4-1 at the Stray Dog, Esther Routledge scoring a late consolation.

The season before, the Eagles’ Development squad had won the Greater London Women’s Football League Division 2 South. They also completed the double with the John Greenacre Memorial Trophy.

Clapton lost 2-1 in a tense game at Dulwich Hamlet Reserves. This was in spite of Emily Link putting the Tons in front in the first half on a quick breakaway sparked by Lucy Spours’ through ball.

Head coach Claudio Gomes had plenty to mull over after seeing his team in competitive action for the first time:

Our focus was to implement our style from the outset while maintaining good tactical organisation. I thought we did this brilliantly. However, a lack of aggression from our side allowed the opposition to press higher and win important challenges. After adjusting the strategy, we were able to create some insecurity in the opposition again. However we couldn’t get the ball to our forwards with the same quality as earlier. This limited us to only a few clear chances. The same could be said about the opposition who only secured the three points after an own goal from Phoebe. She put in an outstanding performance and didn’t deserve a moment like that.

While Clapton were slipping to defeat in South London, Palace Development lost 4-0 to Regents Park Rangers. This was a surprise result, against a side who ended up second bottom last season.

But Gomes stressed the importance of the Tons focussing on their own game:

Despite losing their opening game, we know we’ll be facing an aggressive and technically strong team and we expect no favours from anyone. We are Clapton CFC, and we know we can’t take anything for granted. We plan to come back stronger and even more organised, providing our great fans with an enjoyable afternoon of football.