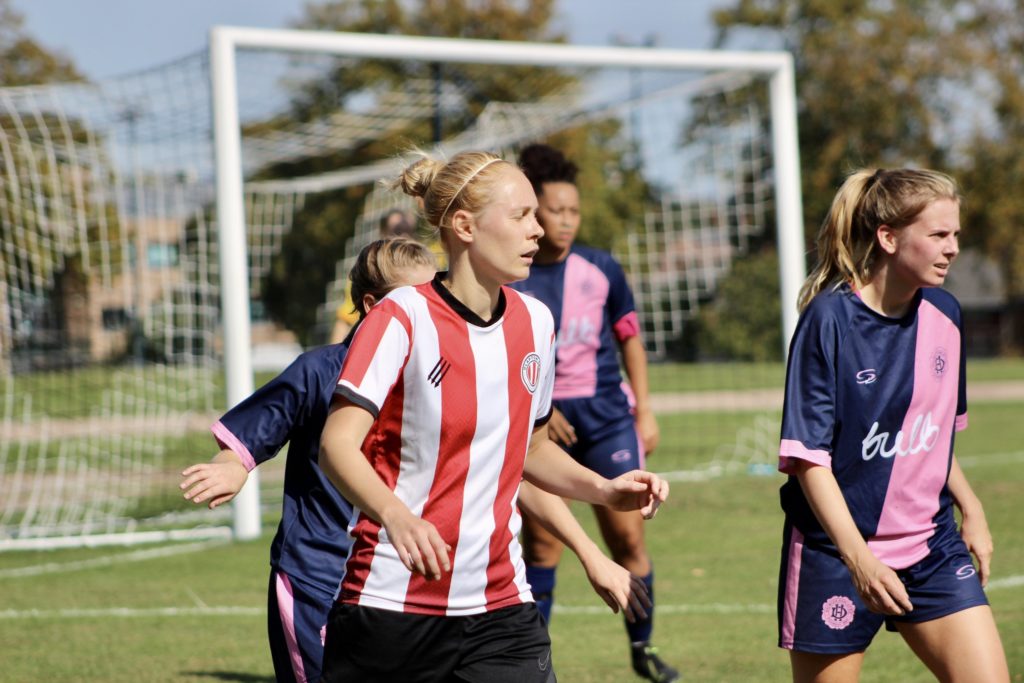 But this behind closed doors clash was a marked improvement on the sole previous league meeting, in Walthamstow last season, where Hamlet ran out 5-1 winners.

The Tons took an early lead when striker Emily Link raced through and sidefooted low past the goalkeeper.

The home side then established their dominance, limiting Clapton to the odd counter attack.

But under the new management of Claudio Gomes, the East Londoners were disciplined and organised.

Left back Chelsie Osborne in particular was giving short shrift to any potential Hamlet attack.

On 45 minutes, Dulwich fired a warning shot with a long range free kick that bounced back off the bar.

Then just a minute later, in first half stoppage time, Mini Cruttwell pounced on a loose ball on the edge of the box. She fired an emphatic finish into the top corner to equalise.

In the second half, the South Londoners ratcheted up the pressure and the Tons were finding it hard to keep hold of the ball.

On 57 minutes, the hosts managed to get their noses in front when a free kick from the left deflected in off a Clapton defender.

Although Dulwich continued to enjoy the majority of the possession, they were unable to add to their lead.

The Tons had a couple of half chances to snatch a draw, but in the end returned to East London empty-handed.